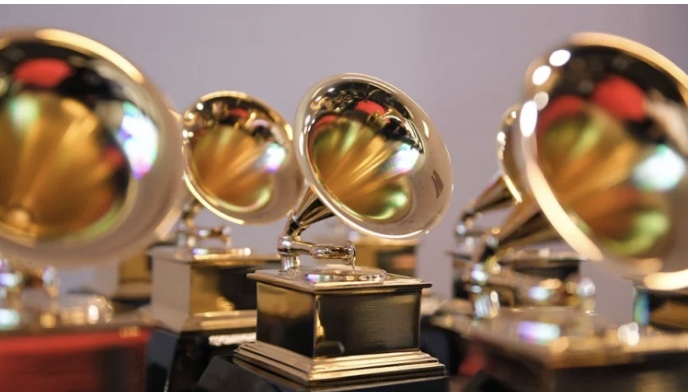 Grammy trophies sit in the press room during the 64th Annual GRAMMY Awards at MGM Grand Garden Arena on April 03, 2022 in Las Vegas,

The Recording Academy has announced some major changes in its rules and regulations.

This is contained in the newly released 66-page Rules and Guidelines Handbook released on Thursday, July 14, 2022. It’s an extensive document that tells you everything you could ever want to know (and then some!) about the Grammy Awards process.

Here are a few rules that caught our attention.

1. In Best New Artist, Voters Should Focus on the Artist’s Performance (Songwriting Is ‘Secondary’ and Production Is Irrelevant)

Here’s the rule: “In adjudicating this category, the primary element to consider is the artist’s performance. If the artist wrote most or all of the songs, this may be a secondary consideration. Production elements of the recording should not be considered.” (page 39)

Grammy voters are expressly told to focus on the artist’s performance in this category. Songwriting “may be a secondary consideration.” Production? That’s irrelevant here.

2. Screening Committees May Move Entries to Categories They Deem More Suitable, But If They’re Unsure, They Should Leave It

The Academy claims as one of its rights “to place any selection into the category it deems appropriate.” But the Academy has placed a limit on that power. If there isn’t a consensus about where to move a recording, the entry should be left where it is.

Here’s the rule: “Entries in most categories are screened by committees of genre experts to determine appropriate category and field placement. If a genre screening committee determines that a recording should be moved to another genre, the recording is forwarded and screened by that genre committee.

“The screening committee is expected to consider the artist’s intent as part of the decision-making process. In cases where a screening committee is unsure whether to move the recording to another genre, the artist’s intent (as indicated by the category in which the recording was initially entered) should be considered as the deciding factor in the appropriate category placement.” (page 14)

3. The Academy Has Strict Rules on the Number of Entries That Are Needed in Each Category

Here’s the rule: “Each category shall have at least 40 distinct artist entries. If a category receives between 25 and 39 entries, only three recordings will receive nominations in that year. Should there be fewer than 25 entries in a category, that category will immediately go on hiatus for the current year — no award given — and entries will be screened into the next most logical category. If a category received fewer than 25 entries for three consecutive years, the category will be discontinued, and submissions will be entered in the next most appropriate category.” (pages 16-17)

4. The Academy Jumped to 10 Nominees in Each of the Big Four Categories, But It’s Holding the Line at 5 Nominees Elsewhere

Notes: The Grammys used to cap all categories at five nominees (barring ties), but in 2018, it expanded the number of nominees in each of its Big Four categories (album, record and song of the year, plus best new artist) to eight. Last year, at the eleventh hour, it expanded it again from eight to 10.

5. If You’re Contesting the Nominations List, You Have 2 Weeks From the Date the Nods Are Announced

Notes: This year’s Grammy nominations will be announced on Nov. 15. The deadline to alert the Academy of any errors or omissions in the nominations lists is Nov. 29. After that, you’ll have to wait till after the award telecast on Feb. 5, 2023. Recording Academy staff are pretty busy in the run-up to the awards show and feel this restriction is necessary for them to stay on track.

Here’s the rule: “A deadline has been established for those not credited appropriately in liner notes or metadata files to claim status as a nominee: two weeks after the announcement of the nominations. The process for corrections to be made to nominations is to have the potential recipient inform the awards department of the correction, specifically detailing what was inaccurately submitted or omitted, an explanation as to why the error took place, and what steps are being taken to correct the mistake. The Academy may also in its due diligence require further documentation regarding the inquiry as it sees fit to substantiate its authenticity. Once the information is reviewed and approved by the head of awards, the correction is then made and the nomination is corrected. Any individual not included in the final nominations list who claims a nomination after the deadline will be informed by staff that all official changes to be made will be done after the awards telecast.” (page 20)

Brad Pitt Rocks A Skirt On The Red Carpet