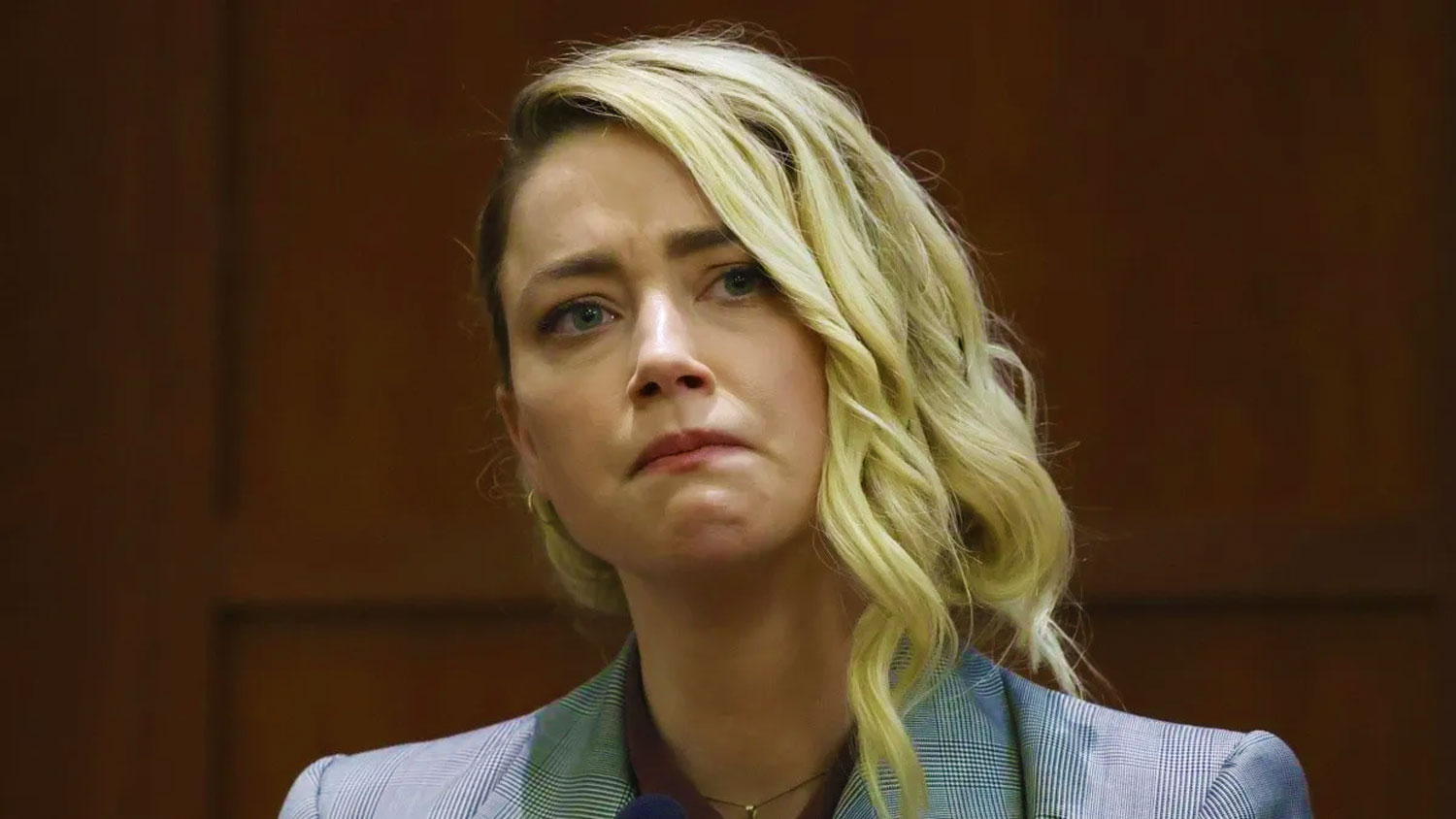 Amber Heard could face jail over claims she ‘edited injury photos’ at Johnny Depp trial, according to a legal expert.

Aaron Minc, a Defamation lawyer, told JOE  that “a few days ago” he didn’t think there was any chance Heard could face prosecution for anything she had said on the stand during her ex-husband, Johnny Depp’s, defamation trial. But, after the case proceeded towards its conclusion Friday, he changed his mind.

“I think that, as this case goes on, and we start seeing more and more objective evidence that she is lying about things under oath, that’s when it starts crossing the line into the possibility that she is fabricating evidence, fabricating photos, fabricating bruises, altering evidence and then submitting it,” the legal expert said.

Minc said fabricating evidence is not only “really serious”, but also “really offensive” to the justice system.

“I would hope that prosecutors would take a close look at it because if there is very clear evidence that she did that, that should certainly be considered,” Minc said.

Minc added: “If it was proven that that was the case, and there’s certainly some questions being raised in the trial currently, that could potentially lead to a criminal prosecution and jail time.”

What Happens If Johnny Depp Loses The Trial Against Amber Heard?

It has been reported that cameras have not been permitted to be in the courtroom for Johnny Depp's upcoming assault trial. Depp is pictured above testifying at the Fairfax County Circuit Court during his recent defamation trial on April 25, 2022. STEVE HELBER/POOL/AFP VIA GETTY IMAGES

When Johnny Depp returns to court next month to fight assault allegations, it will likely not become a spectacle reminiscent of his recent defamation trial, as requests for the proceedings to be televised have been denied.

During his six-week defamation trial against his ex-wife Amber Heard, viewers were able to tune in on a daily basis to catch all of the drama live as it was broadcast from Virginia’s Fairfax County Circuit Court.

This time around, Depp will face film crew member Gregg “Rocky” Brooks, who has accused the actor of punching him in the chest during a dispute on the Los Angeles set of the actor’s film City of Lies in April 2017. However, fans hoping for a front-row seat to the proceedings from the convenience of their homes will be disappointed to learn that this trial will not be a repeat performance of Depp’s previous trial in that regard.

The Law & Crime Network, which live-streamed Depp’s defamation trial, said that its request submitted to Los Angeles County Superior Court for permission to broadcast the trial when it begins on July 25 has been denied.

We’ve Heard Too Much, Amber

The reasoning around permitting  or denying requests to broadcast courtroom proceedings for each case is different. Penney Azcarate, the chief judge of the Fairfax County Circuit Court, granted permission for Court TV to operate two pool cameras in the courtroom for the Depp-Heard trial.

During a pre-trial hearing in February, Heard’s team had tried unsuccessfully to exclude cameras from the courtroom, with the Aquaman star’s lawyer, Elaine Bredehoft, expressing concern of interest from “anti-Amber networks,” according to Variety.

Ben Chew, one of the attorneys representing Depp, said that his client “believes in transparency” as he pushed for the inclusion of cameras during proceedings. In the end, Azcarate said that she had been inundated with media requests and felt a responsibility to keep the courtroom proceedings open to observers.

The judge also stated that not allowing cameras could lead to reporters descending on the courthouse anyway, leading to a potentially hazardous situation.

“I don’t see any good cause not to do it,” Azcarate said ahead of the trial. 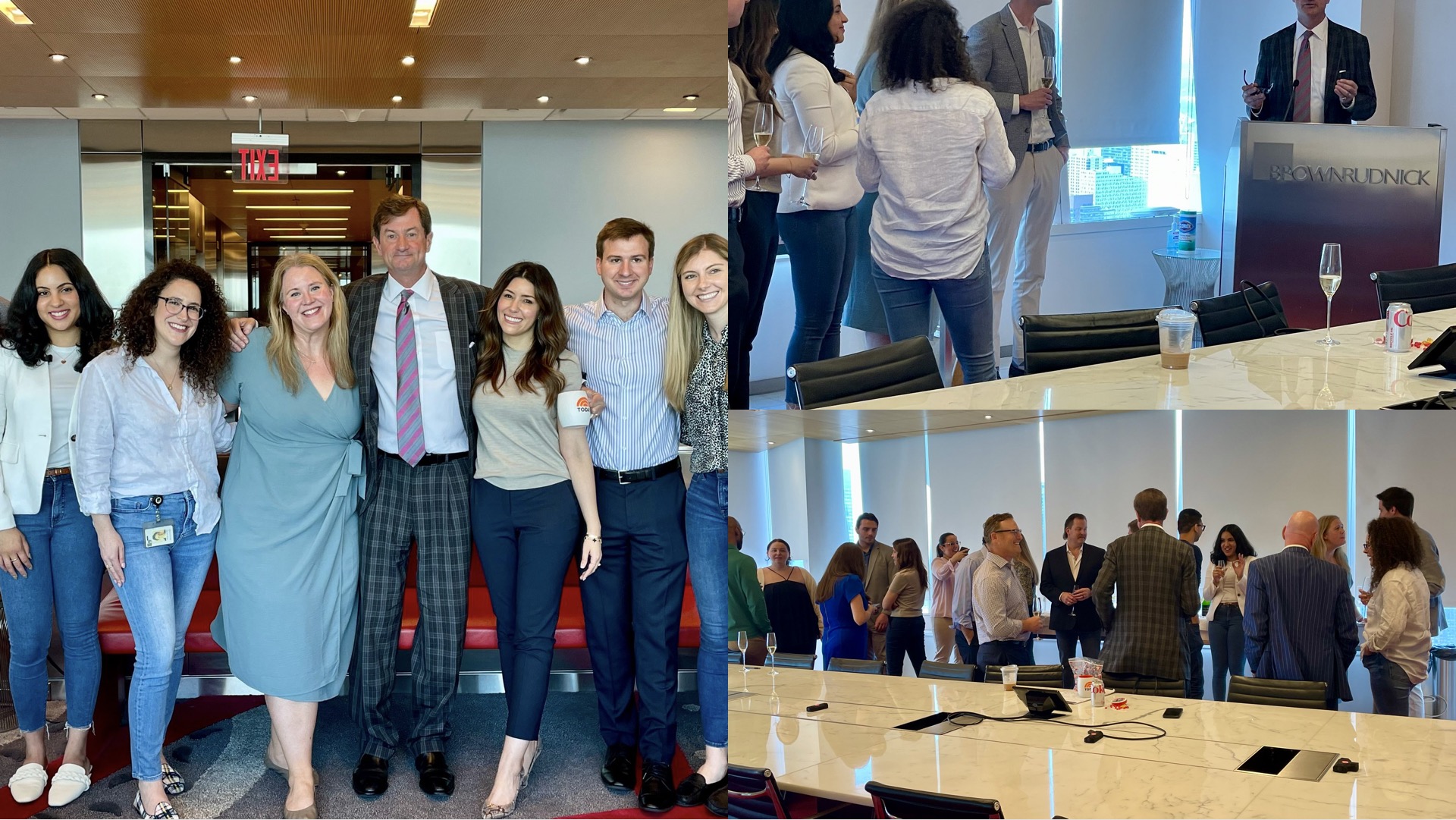 Heard was sued for an opinion piece she published in The Washington Post. The court’s decision was much lower than initially demanded by Depp’s legal team as it ordered Heard to pay $10.35 million to him in damages.

After winning a jury verdict for actor Johnny Depp in his defamation trial, Partner Ben Chew and his team came to New York yesterday for a firmwide toast to the victory. pic.twitter.com/wvlYLKPFJa

Ireland Baldwin Calls Amber Heard ‘Disaster Of A Human Being’ 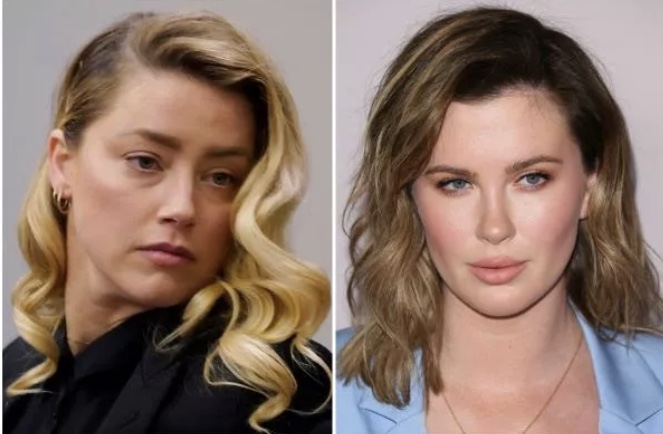 Ireland Baldwin has called Amber Heard an “absolute disaster of a human being” following a viral video where Heard admitted to have abused Johnny Depp.

During the Johnny Depp-Amber Heard trial, the court played an audio recording in which Heard could be heard admitting that she had hit Deppand explaining that she was not certain of all the details due to being “on an Ambien,” a medication primarily used for the short-term treatment of sleeping problems.

A video clip of Pirates of the Caribbean star Depp looking sullen as the recording was played in court went viral on Twitter, clocking up millions of views in the hours that followed the broadcast of the day’s proceedings.

Johnny Depp’s reaction to the court finally getting to hear the audio tape in which Amber Heard admits to abusing him. #JusticeforJohnnyDepp pic.twitter.com/kdvII6mlss

Sharing a screenshot of the Twitter post on her Instagram Story, Baldwin, whose father is actor Alec Baldwin, expressed support for Depp as she gave her take on the matter.

“The thing is, I know women who are exactly like this,” read the text added to the screenshot the model shared. “They are manipulative and cold and they use their very womanhood to play victim and turn the world against the man because we live in a society where it’s cool to say men are all the worst and blah blah f***ity blah.

“Men can experience abuse too and this absolute disaster of a human being Amber Heard is a terrible person and I hope Johnny gets his reputation and his life back. And I hope he’s in like 5 Pirates movies.”

When the recording was played in court, Heard was heard telling Depp: “You told me to do it. You told me ‘go do that.'”

“You figured it all out,” Aquaman star Heard added. “I didn’t punch you by the way.”

“I’m sorry that I didn’t hit you across the face in a proper slap,” she continued. “I was hitting you, I was not punching you. You’re not punched.”

“Don’t tell me what it feels like to be punched,” Depp said.