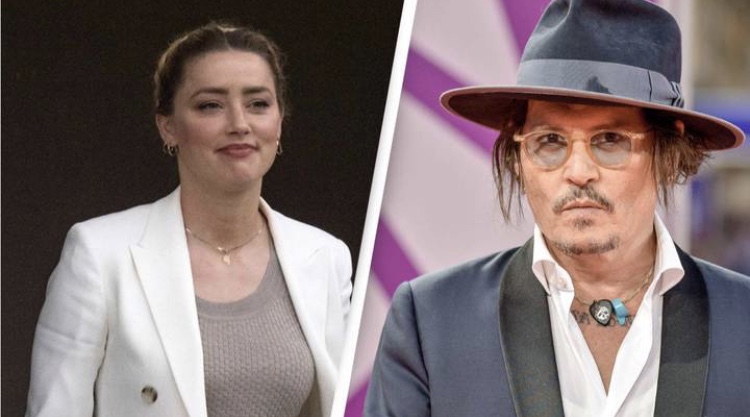 In a wide-ranging court memorandum, attorneys for the “Aquaman” actress argued that evidence doesn’t support the $10 million verdict awarded to her ex-husband, Johnny Depp.

In a 43-page memorandum, Heard’s legal team argued that the award — more than $10 million — was unsupported by evidence. They took issue with Depp’s contention that he lost his role in “Pirates of the Caribbean” because of statements made by Heard in an op-ed. And they charged that at least one juror was not properly vetted by court officials.

The attorneys asked the court to set aside the verdict in favor of Depp in its entirety, dismiss the complaint or order a new trial.

In an email, Ben Chew, who heads Depp’s legal team, dismissed Heard’s motion as “what we expected, just longer, no more substantive.”

A trial pitting the two actors spanned six weeks from April until early June and focused on Depp’s allegations that he was defamed by a 2018 op-ed that appeared in The Washington Post under Heard’s byline. In the article, Heard recounted that she had become a public figure representing domestic abuse and pinpointed a period two years earlier — 2016, when Heard took out a temporary restraining order against Depp.

In the verdict, the jurors found that Heard defamed Depp with three statements in the op-ed — one of which was a headline that Heard didn’t write. According to the court brief, “Ms. Heard never even became aware of the headline until Mr. Depp filed the lawsuit against her.”

Heard retweeted the article, and the headline was part of the tweet. But she also included a message with the tweet. And in jury instructions, Chief Judge Penney Azcarate wrote, “merely linking to an article does not amount to republication but adding content to a linked article may constitute republication.” She told the jury they must determine “whether any added content was intended to reach a new audience.”

Heard’s lawyers argued that republication requires “editing and retransmitting the defamatory material or redistributing the material with the goal of reaching a new audience.” Heard, they argued, “never edited or played any role with the respect to the headline” and the tweet she added does not constitute editing the article.

Another part of the motion focuses on Depp’s award. Jurors handed down a split verdict — essentially finding that the two had defamed one another. Depp, 59, was initially awarded $10 million in compensatory damages and $5 million in punitive damages, but the judge reduced the latter to the statutory maximum of $350,000. The jury also found that Heard, 36, was defamed by a statement made by one of Depp’s attorneys. She was awarded $2 million in compensatory damages and no punitive damages. For both amounts, the judge’s order set interest at 6% yearly.

In arguing that Depp’s award was excessive, Heard’s lawyers contended that Depp and his legal team broadened the parameters of damages against the actor during the trial. Depp “represented to the court he would limit his damages to the period Dec. 18, 2018 through Nov. 2, 2020,” the legal brief argued. Instead, Depp “continued to urge the jury to restore his reputation and legacy to his children as a result of Ms. Heard accusing Mr. Depp in May 2016 of domestic violence.”

Heard’s lawyers also asked the court to investigate whether one juror improperly served on the jury.

On a court list, the juror’s birthday was 1945. But the juror, identified in the filing as Juror 15, “was clearly born later than 1945. Publicly available information demonstrates that he appears to have been born in 1970.This discrepancy raises the question whether Juror 15 actually received a summons for jury duty and was properly vetted by the court to serve on the jury.”

The court clerk’s office has a statutory obligation to verify the identity of the jurors. But in this case, “it appears his identity could not have been verified…”

To be sure, Azcarate, who presided over the trial, signed an order June 24 making the jury’s verdict official. And during the hearing, she made it clear that she was not inclined to schedule further hearings.

Depp previously brought a libel case against The Sun, a UK newspaper that had described the actor as a wife beater. He lost that case. Separately, he faces a lawsuit in Los Angeles brought by a film location manager who contends the actor punched him.