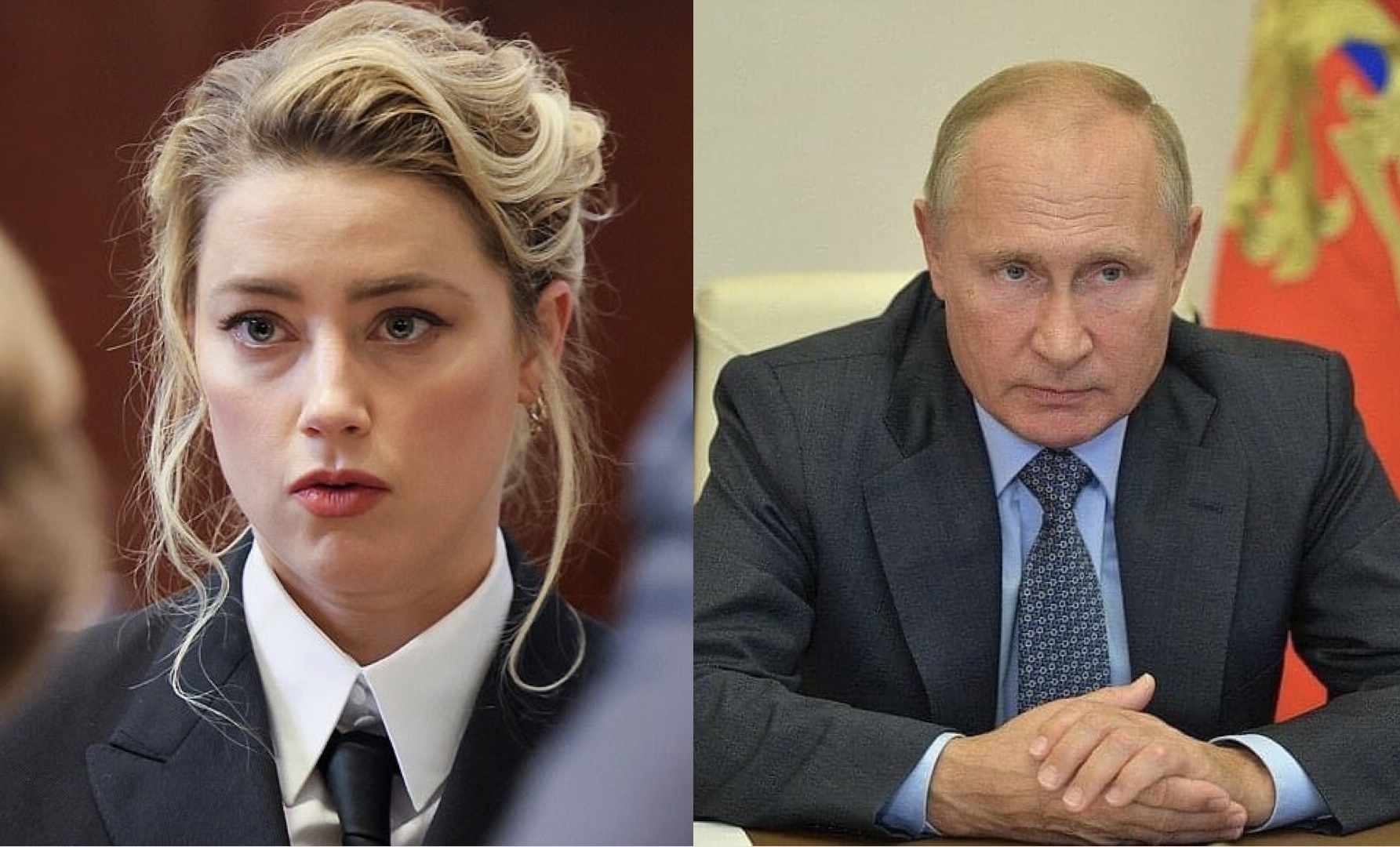 Amber Heard is on a list ranking the most hateful people living in 2021, even surpassing Vladimir Putin.

The Aquaman The star has been the target of endless scrutiny in recent months during her court battle with ex-husband Johnny Depp, and a listing from The Top Tens outlet lists Heard as more hated than the Russian president who made the war in Ukraine earlier this year.

The listing landed on Reddit where it sparked a conversation about Heard’s treatment on social media.

“Sorry, but that made me cry. Why is she more hated than a man who started a literal war for no apparent reason and commits war crimes on a daily basis?” reads one comment “This is so fucked up. This really is a witch hunt and f**k everyone who was on it.”

While another added: ‘People like having a woman to hate.

The actress came under intense scrutiny in the multimillion-dollar libel trial that ended with a jury finding she defamed Depp with real malice and awarded him more than $10 million dollars in libel damages following an op-ed she wrote in 2018 alleging she was a victim of domestic violence.

Throughout the trial, Heard was mocked relentlessly on social media by ardent Depp supporters, and his recent post-trial interview with NBC’s Savannah Guthrie saw the mockery continue.

Heard’s emotional testimony alleging she was punched by Depp has even been turned into a viral TikTok trend.

The discussion on Reddit about this list comes just days after a report emerged that Heard was subjected to intense trolling during the defamation lawsuit against Depp.

Findings from a report by Bot Sentinel, a nonpartisan group dedicated to discovering, exposing, and using online bots, revealed disturbing statistics about how Heard has been targeted on platforms like Twitter and TikTok during the trial.

“What we observed was one of the worst cases of cyberbullying and cyberstalking by a group of Twitter accounts that we have ever seen,” the report states, and notes that 627 accounts were created for the sole purpose of tweeting about the libel suit and about Heard and his supporters.

Heard has formally filed a motion to appeal the decision in the defamation lawsuit she lost to ex-husband Depp.