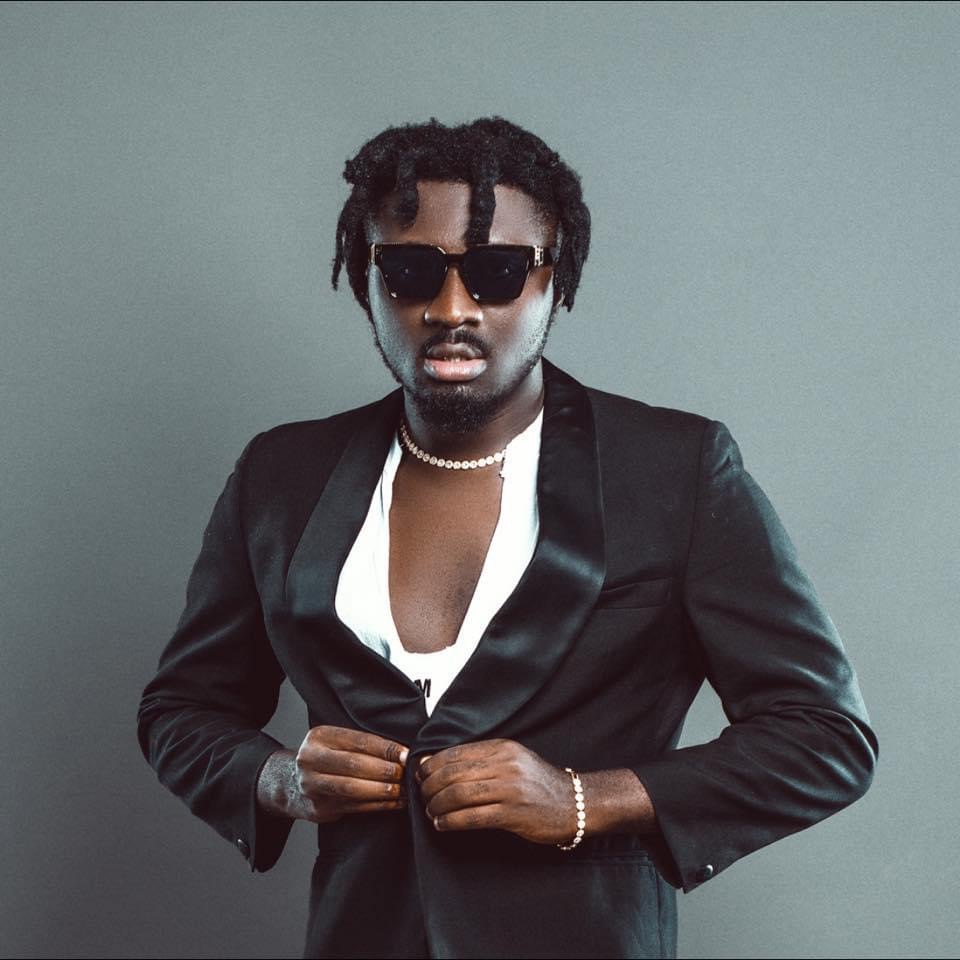 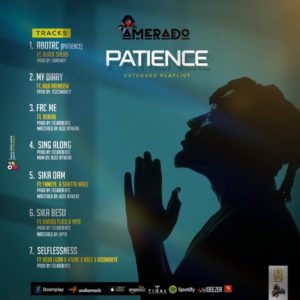 Derrick Sarfo Kantanka, known by the stage name Amerado, is a young Skilled rapper from Kumasi the southern part of Ghana.The rapper is globally recognized as the originator of Yeete Nsem, Ghana’s first newscasting rap series.

The Patience Extended Play released today October 26th tells the story of the young skilled rapper.The Ep captures the constructive criticisms, ups and downs, the motivation and the hush hush of the success of the young rapper after being signed by the Mic burners ; a Ghanaian record label in 2015.

The amazing Ep starts with the theme song titled abotr3 (Patience) which features Black Sherif Ghana’s current reigning hip-hop star. The lyrical content of Abotr3 ( Patience ) focuses on the chronicles of the hustle and struggle of the young rapper after his father unfortunately kicked the bucket at age 14 few months after his admission into the Kwame Nkrumah University of Science and Technology Senior High.

My diary, the second song on the Ep which features Aba Rainbow a great Ghanaian songstress continued the tearful sleepless nights and hard work story of Amerado, of which he revealed that he had only one note book during the early days of his senior high education.

On the third song on the Ep the rapper switched to an addictive love song with easy to relate affection words.The song features Benerl another great talent from Ghana.

Reggae Reggae Reggae!! Sing along, the fourth song on the Ep is a very classic reggae tune and proves the versatility of the young rapper.

The fifth song on the Extended play features the African dancehall king Shatta and Fameye a great Ghanaian song writer and a performer. Sika dam ( avaricious for money) place much emphasizes on the act of people overdoing their strength because of money.

Last but not the least, Sika Besu ( spendthrift ) the sixth song the Ep features Kweku Flick a young Ghanaian hip-hop artist with the credit of being the motivation behind the numerous one hundred percent money centered Ghanaian hip-hop and Ypee the youth president of the Ghanaian music industry. The song talks about how extravagantly money would be spent after a long term of hard work.

The Ghanaian super star ended the Ep with a song titled selfless. The song mentions and appreciates Legends of the Ghanaian music industry, who has been doing their possible best to put Ghana on the map by helping new talents to gain strong foundations and recognitions in the music business. The song features Kojo Louda, 4Tune, Nbee and Adomakye. Legends like Reggie Rockstone, Sarkodie, Stonebwoy, Shatta Wale and Okyeame Kwame got praised in the song for their selfless efforts in fighting for a better Ghanaian music industry.

Stream the Patience Ep on all digital platforms and follow the young promising Ghanaian rapper on all social media platforms @Amerado Burner .Mediaplugafrica would be posting the possible award categories of which the songs on the Ep and the Ep itself can be nominated and the possible wins. Stay tuned