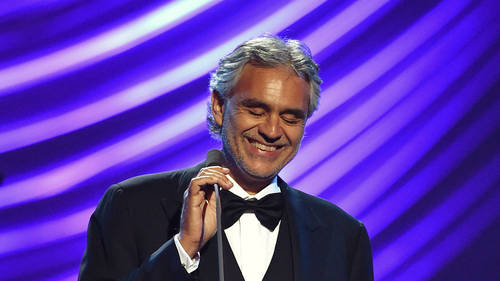 The world’s most popular living tenor and a best-selling classical crossover artist – Andrea Bocelli is one of the finest artists of our generation. But how much do you know about the great Italian singer?

Operatic tenor Andrea Bocelli is one of classical music’s biggest-selling living artists. The beloved Italian singer, best known for his crossover hit ‘Time to Say Goodbye’ with Sarah Brightman, has recorded everything from popular Neapolitan songs, to complete operas.

From his best-known songs, to his wife and children, to his age, find out all you need to know about this legendary tenor. 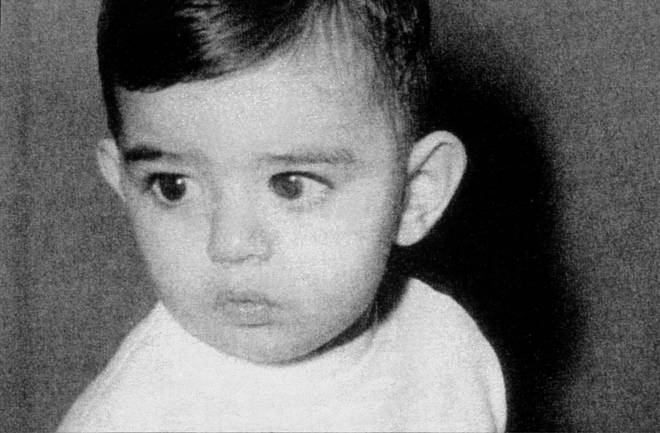 Read more: Andrea Bocelli Steps In As Last-Minute Understudy For His Stranded Son

Where is Andrea Bocelli from, and how old is he?

Andrea Angel Bocelli was born on 22 September 1958 in Laiatico, Pisa in the Italian region of Tuscany. In September 2021, he turned 63 years old.

How did Andrea Bocelli lose his sight?

Andrea Bocelli is completely blind. From an early age, the singer had problems with his eyes and was diagnosed with glaucoma. Tragically, he lost his sight after a football accident when he was just 12 years old. 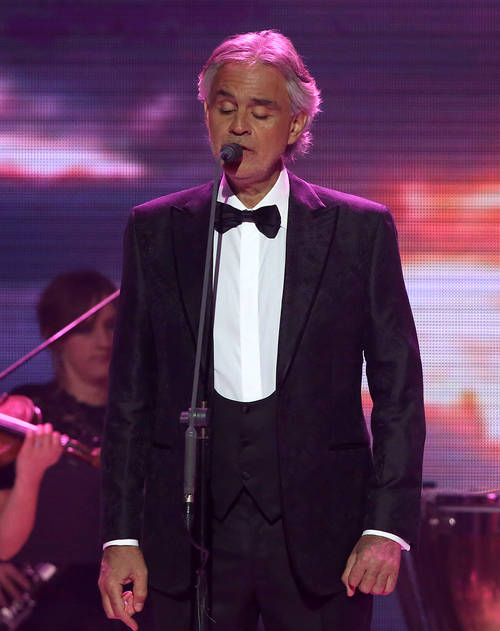 Who is Andrea Bocelli’s wife?

Andrea Bocelli married his wife and manager Veronica Berti, in a stylish ceremony in Tuscany in 2014. Two years before their marriage, in 2012 Veronica gave birth to the couple’s first child Virginia – Bocelli’s third child, but first daughter. 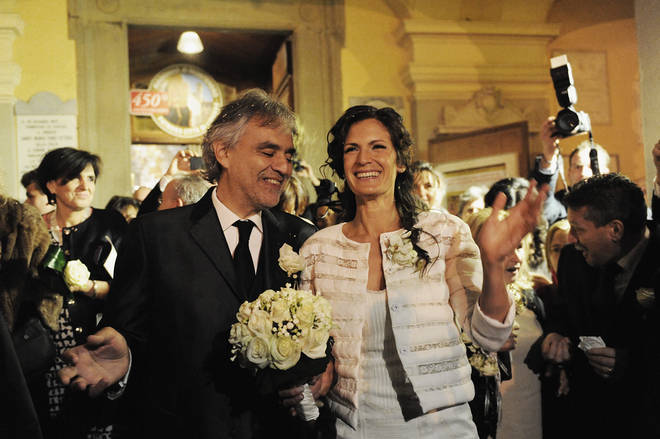 Andrea Bocelli and Veronica Berti leave the Sanctuary of Madonna di Montenero after their wedding on March 21, 2014 i. Picture: Getty

Where does Andrea Bocelli live?

Bocelli lives in a former hotel in the charming town of Forte dei Marmi in Tuscany, with his wife and daughter. 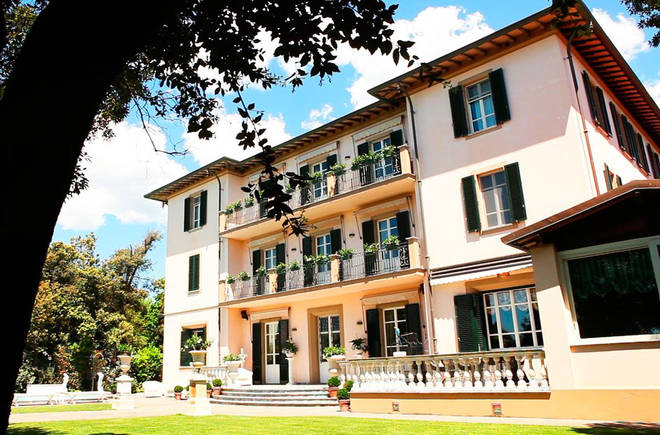 How did Andrea Bocelli become famous?

Despite the setback with his sight, the young Andrea showed huge potential as a singer, winning his first competition aged just 14 with a rendition of the Neapolitan song ‘O Sole Mio’. However, it didn’t seem that music was quite the right career choice for Bocelli – he went to the University of Pisa to study law, but kept singing in bars for extra money.

Then, Bocelli’s luck changed when a demo tape of him singing found its way into the hands of Luciano Pavarotti, via the Italian rock star Zucchero. Bocelli was invited on tour with Zucchero, where the two performed the song ‘Miserere’ together. Pavarotti remained supportive of Bocelli in the early days of his career, inviting him to perform at his annual charity gala concert in Modena, ‘Pavarotti International’. 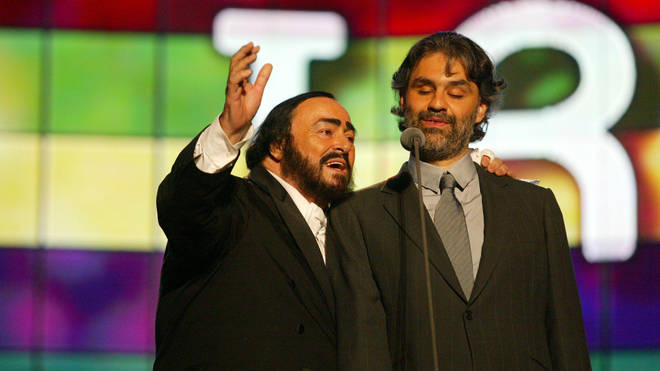 What is Andrea Bocelli’s most famous song?

Andrea’s massive-selling duet with Sarah Brightman, ‘Time To Say Goodbye’, was originally intended as a farewell song to boxer Henry Maske (who was friends with Brightman), and was first performed at his final fight in 1996.

It has become one of the most successful singles in history, breaking records across the world and becoming Bocelli’s signature song, as both a solo and duet.

‘The Prayer’, a duet Bocelli recorded with Celine Dion in 1999, and Puccini’s glorious tenor aria ‘Nessun dorma’, have also become melodies closely associated with Bocelli. The tenor most recently sang the aria at The Queen’s Platinum Jubilee concert.

Who are Andrea Bocelli’s parents?

Andrea Bocelli was born the son of Alessandro and Edi Bocelli. His family lived on a farm, selling farm machinery and making wine for a living.

Along with his brother, Alberto, Andrea now has his very own brand of wine. Made from grapes grown on his family farm, the ‘Bocelli Family’ label has already wowed wine critics and earned the Bocellis the respect of the wine-making world. 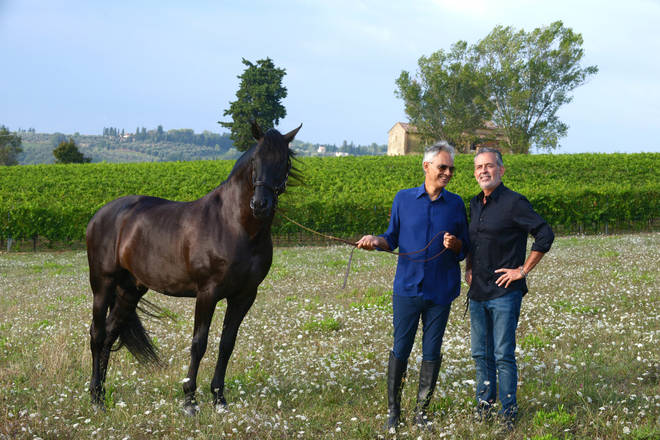 What is Andrea Bocelli’s vocal range?

Andrea Bocelli is a tenor, whose range is estimated to span from around C sharp 2, up to D5.

His stylistic range spans from crossover pop hits, to complete operas. In 1998, Bocelli took to the dramatic stage for the first time when he played the role of Rodolfo in Puccini’s La bohème, at the Teatro Comunale in Cagliari. He has also sung Puccini’s Madam Butterfly and Tosca, and Verdi’s Requiem, live.

Andrea Bocelli’s albums: what was his debut, and his latest, album?

The star tenor has released 17 albums in total, most recently Believe, which came out in November 2020. It features a duet with Alison Krauss and a previously unheard track by the late film great, Ennio Morricone.

Singer, Burna Boy Opens Up On Why He Has No Child At 31