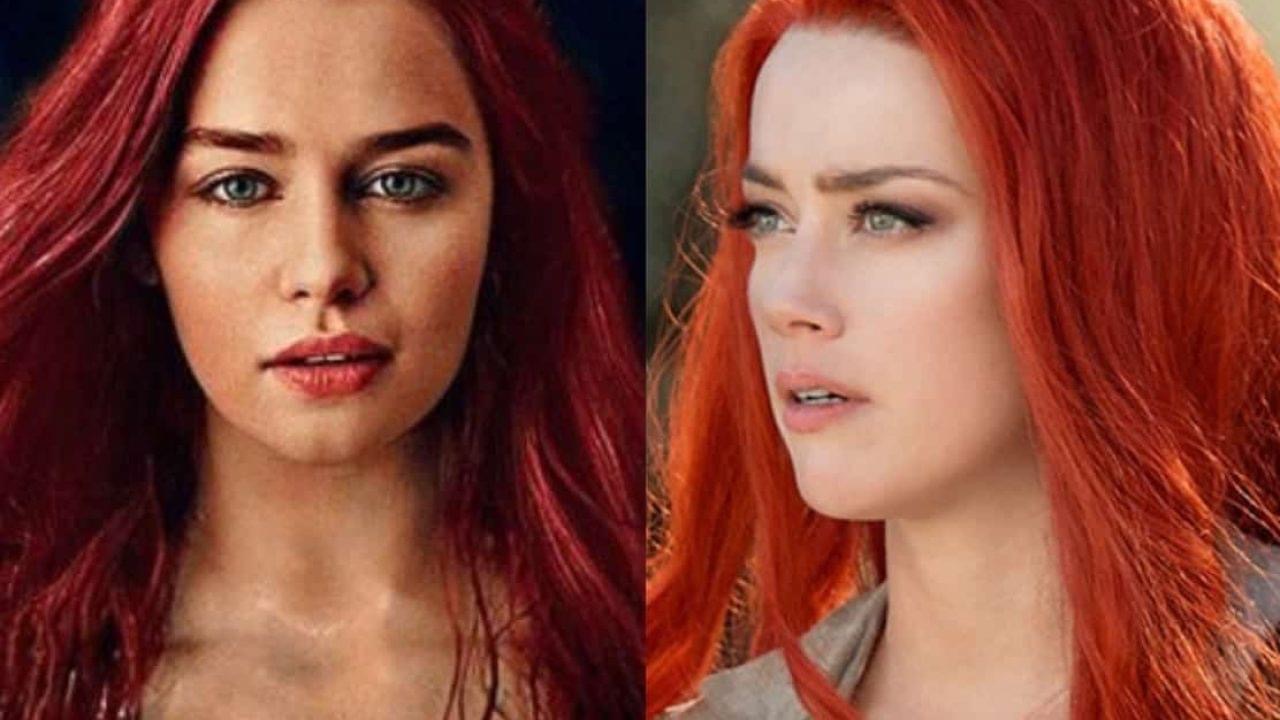 Fans have longed to see Emilia Clarke take over the role of Mera from Amber Heard in Aquaman 2, and now we know what she could look like if Warner Bros. made the switch!

It’s no secret that Aquaman and the Lost Kingdom has been shrouded in a bit of controversy this year due in large part to the Amber Heard/Johnny Depp trial.

As the trial waged on earlier this year making headlines for the messy legal battle between the two stars, rumors began swirling regarding the role the trial might have had on Heard’s future with the Aquaman franchise.

At one point, there were even rumors suggesting Warner Bros. had cut Heard’s role and was looking to bring in a new actress to play the role of Mera for the follow-up to 2018’s box office success. Among the actresses who emerged as a favorite to replace Heard was Jason Mamoa’s former Game of Thrones co-star Emilia Clarke, who fans continue to express interest in seeing take over the role of Mera.

And thanks to a stunning new piece of fan art, fans have the chance to see just what Clarke could look like should she take over the role from Heard!

In the art, Clarke stuns as Mera as she suits up in the iconic costume first introduced via Heard in Aquaman and donning the character’s signature auburn hair. While the art is nothing more than a conceptual preview of what Clarke could look like in the role of Mera, we have to confess we’re truly speechless!

It’s not hard to see why so many fans are calling for Clarke to take over the role of Mera when getting a glimpse of what she could look like as the iconic DC Comics heroine.

Will WB replace Amber Heard with Emilia Clarke in Aquaman 2?

Although there seems to be an eagerness from fans to see Emilia Clarke take on the role of Mera for the upcoming Aquaman sequel, Warner Bros. Discovery has not announced any plans to recast the role — though execs did confess to considering the move.

While testifying during the  Johnny Depp/Amber Heard trial earlier this year,  President of DC Films Walter Hamada revealed that there had been conversations about recasting the role due to an “issue of chemistry” between Heard and the film’s lead, Jason Momoa.

Ultimately, the decision was made not to recast Heard for Aquaman and the Lost Kingdom, there is always a chance the character could be recast should any additional movies be greenlit. After all, there is a lot of change going on at the moment over at Warner Bros. Discovery.