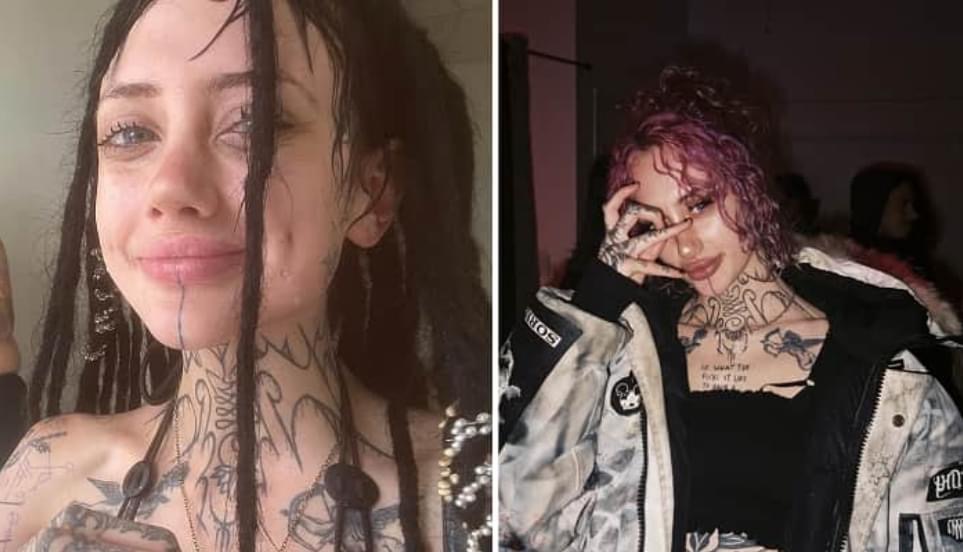 YouTube star Lil Bo Weep has tragically died at the age of 22. The Australian rapper – real name Winona Brooks – passed away unexpectedly on Saturday after ‘fighting hard against her demons’, her family said.

Her father Matthew Schofield announced the devastating news while sharing a number of photos with his beloved daughter on Facebook.

’02/01/2000 to 05/03/2022,’ he began. ‘This weekend we lost the fight for my daughter’s life against depression, trauma, PTSD, and drug addiction that we have been fighting since we got her back from America through emergency repatriation DFAT but broken.

‘She fought hard against her demons as we all did a side by side next to her and picked up the broken pieces over and over again but she could not fight anymore and we lost her.’ He continued: ‘As her dad, I am proud of her beyond words as she is my hero, my daughter, and my best friend that I love so so much. She is no longer hurting now with the universe wanting their angel back.

‘A big part of me is lost at the moment but I ask respectfully that my close friends try not to ring me until I get some way through this.’ He concluded: ‘ALWAYS IN MY HEART. I LOVE MY WINNIE.’ Lil Bo Weep began producing music on SoundCloud in 2015.

Her single Codependency gained five million streams, while her follow-up Not OK But It’s OK raked in over 12 million. She also amassed a following of over 12,000 fans on TikTok and 35,000 on Instagram.

One of the last posts Winona shared on Instagram was on March 2, where she explained to her fans that she wanted to organize a memorial event to mark one year since the death of her child. In the same video, she revealed it was unlikely she’d ever be able to naturally conceive another child after ‘growing up with a severe eating disorder.’

‘I’ve been crying continuously. I’m sorry,’ Winona began. ‘Around this time last year, I lost my child, and I would like to do something in remembrance of her. ‘Preferably spread some flowers at a beach and spend the day just mourning.’

Her video concluded: ‘I’d really appreciate it if anyone in Adelaide would do that for me and with me, so please reach out.’ In the caption, she explained that she ‘wasn’t high’, before revealing that her fertility has been affected by her ‘severe eating disorder’ in the past.

‘I may never be able to have a full-term pregnancy or have a child of my own due to the way I treated my body,’ she concluded.

Related Topics:EntertainmentLil Bo Weep
Up Next