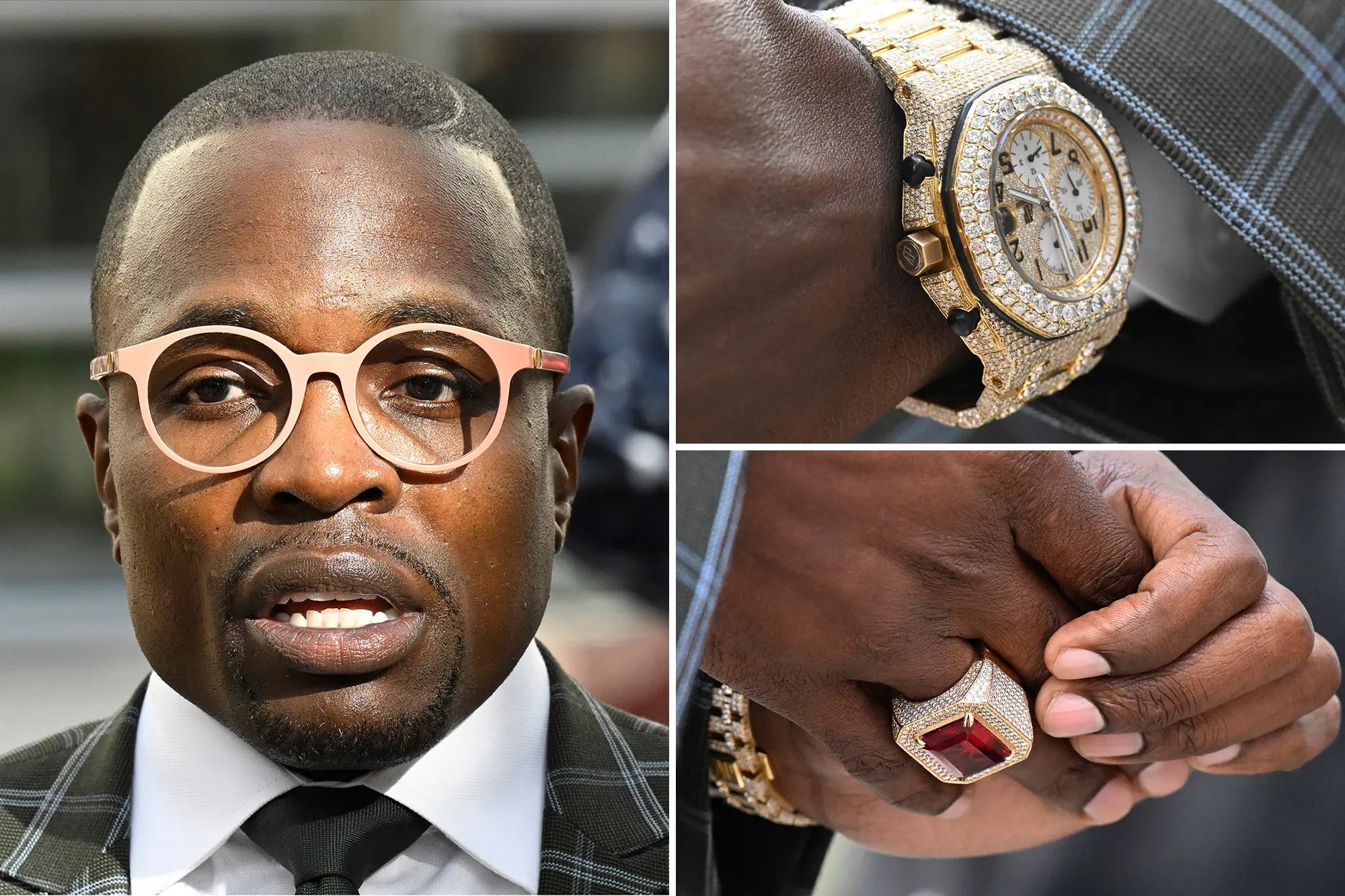 The flashy, jewelry-flaunting Brooklyn pastor who reported being robbed while preaching at his church this past summer was arrested on federal charges Monday — unrelated to the July incident — for allegedly defrauding a parishioner, trying to extort a businessman and lying to the FBI, according to a federal indictment.

Lamor Whitehead, the 45-year-old pastor who goes by “Bishop,” was charged with wire fraud, attempted wire fraud, attempted extortion and making a material false statement, the US Attorney’s Office of the Southern District of New York announced. He faces up to 65 years in prison for his alleged crimes.

As the pastor of Leaders of TomorrowInternational Ministry, Whitehead allegedly defrauded one of his parishioners out of about$90,000 from her retirement savings over the course of at least 14 months beginning around April 2020, according to the indictment. The document said Whitehead told the parishioner he would use her money to help her buy a home and invest the rest of the money, but instead used it “to purchase thousands of dollars of luxury goods and clothing” and “for his own purposes.”

Whitehead never helped her buy a home, the court document says, and never returned her money despite her request.

This spring, Whitehead allegedly attempted to convince a businessman to loan him about $500,000 and grant him a stake in real estate transactions in exchange for obtaining “favorable actions by the New York City government” that would make them “millions” — something the pastor knew he could not obtain, the indictment says. Earlier this year, he also allegedly used “threats of force” against that same businessman to extort $5,000 from him.

Whitehead appeared in court Monday and was released on a $500,000 personal recognizance bond, according to Attorney’s Office spokesman Nicholas Biase.

“As we allege today, Lamor Whitehead abused the trust placed in him by a parishioner, bullied a businessman for $5,000, then tried to defraud him of far more than that, and lied to federal agents,” US Attorney Damian Williams said in a statement. “His campaign of fraud and deceit stops now.”

“Bishop Lamor Whitehead is not guilty of these charges,” Florio told CNN. “We are vigorously defending these accusations and we feel he is being targeted and being turned into a villain from a victim.”

A controversial pastor with extravagant tastes

Back in July, Whitehead said he was the victim of a robbery in which at least one masked and armed man entered Whitehead’s church and took jewelry from him and his wife, according to a separate federal indictment. Part of the incident was captured on a livestream video from inside the church that showed Whitehead put his hands up and complied with the gunmen’s demands.

He reported that the stolen jewelry was worth more than $1 million, raising questions as to how and why the pastor obtained and flaunted such displays of wealth. 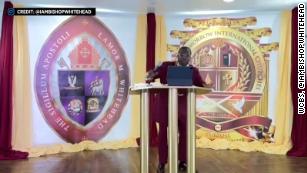 In September, two men were indicted on federal charges for their alleged roles in the armed robbery, while a third defendant remains at large, according to the Department of Justice. Juwan Anderson, 23, and Say-Quan Pollack, 24, pleaded not guilty to the charges, and a trial date is set for July, according to federal court records.

Whitehead’s verified Instagram account details his extravagant shows of wealth, including Louis Vuitton-emblazoned suits, large jewelry and brightly colored sports cars. In a video posted shortly after the robbery, he pushed back against the media headlines referring to him as “flashy.”

According to his bio on the Leaders of Tomorrow website, Whitehead attended the New York Theological Seminary and completed his studies with a certificate in Ministry in Human Services from the Theological Institution of Rising Hope Inc. It touts him as a licensed New York state chaplain and a certified marriage and funeral officiant. In 2013, he founded Leaders of Tomorrow Ministry in Brooklyn, his bio states.