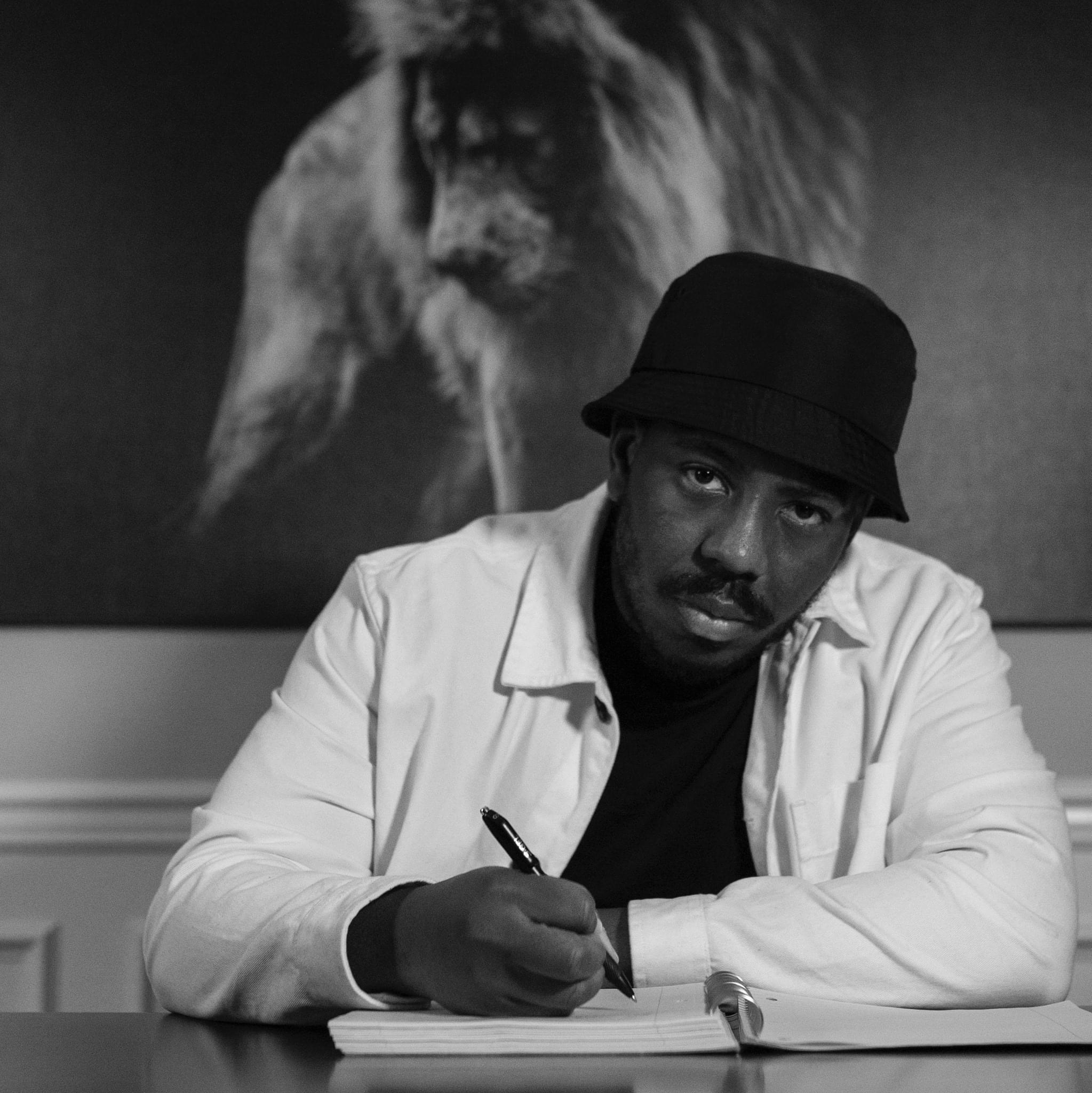 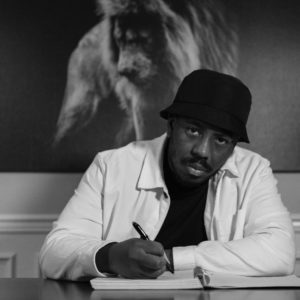 Bryson Gray is a serious rapper from North Carolina known for promoting politically conservative ideology in his lyrics. In the lyrical content of Let’s go to Brandon, the rapper stated that ‘pandemic ain’t real, they just planned it,’ and ‘Biden said the jab stop the spread, it was lies,.

Gray happens to be one of three rappers with a song of the same title which do throw shots at president joe Biden. The song is titled after the ‘Let’s Go Brandon!’ meme, which references an incident earlier this month where NASCAR, An American auto racing sanctioning and operating company that is best known for stock car racing fans shouted “F–k Joe Biden” at the Talladega Superspeedway in Alabama on Saturday, in an interview aired by NBC Sports after a race. 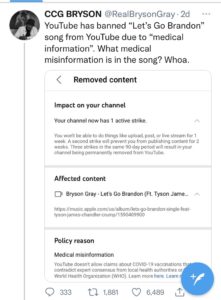 According to Gray, initially the lyrics version of the video was banned but now the actual music video has been taken down. He has also disclosed in an interview with Fox News that he has not heard anything from YouTube about the re-review and his song is still banned .

Furthermore, the screenshot posted by Gray on his Twitter indicates that the music video was deleted from YouTube following the claim of medical misinformation. 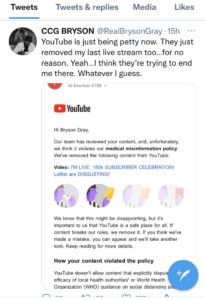 Breaking News : A 14 Year Old Causes An Accident With A Stolen BMW X3 From His Father 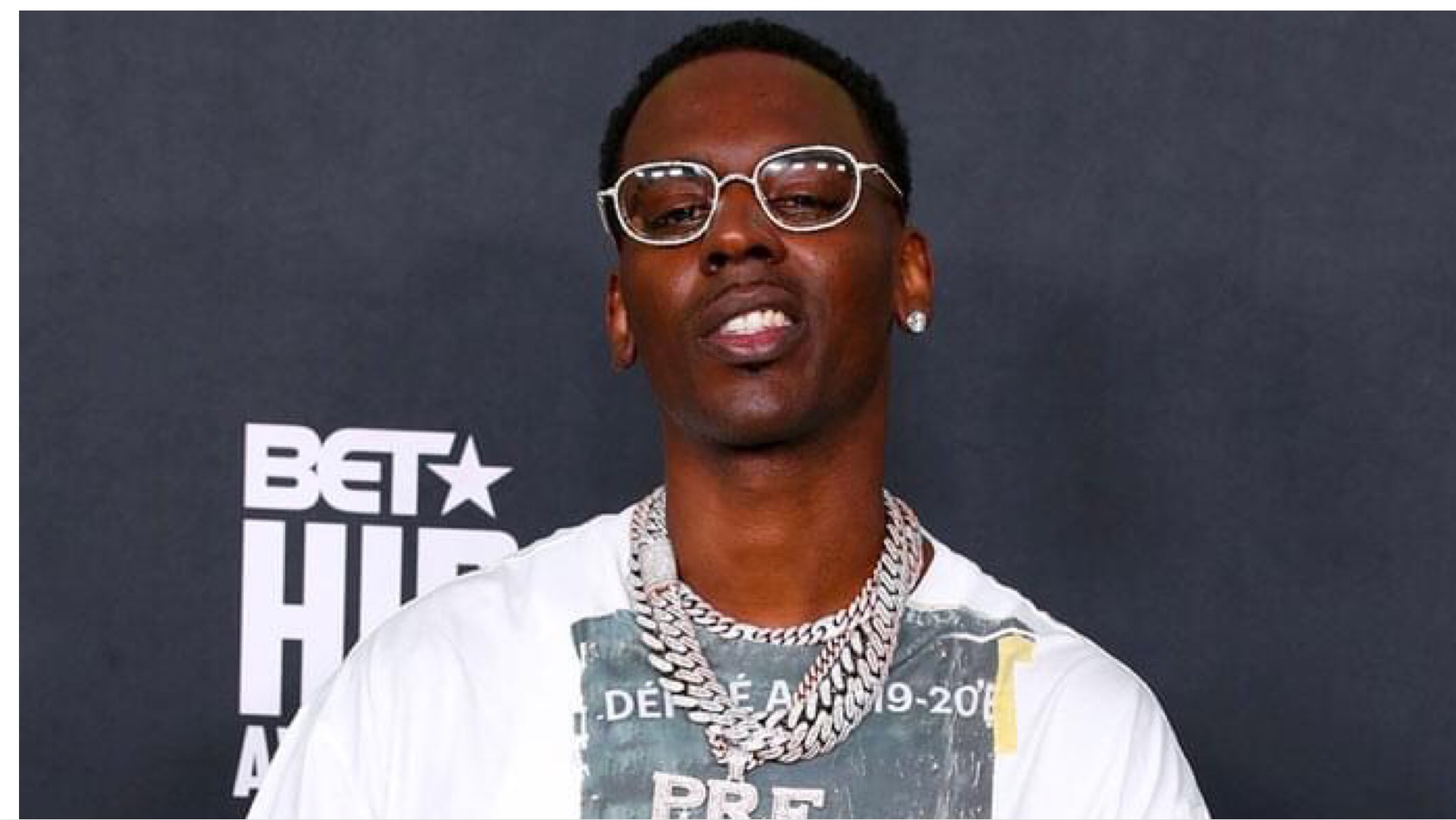 According to a report from an American media TMZ, 23-year-old Justin Johnson and 32-year-old Cornelius Smith were arrested today (January 11) for the murder of Young Dolph in Memphis last November.

Johnson, who also goes by the rapper name Straight Dropp, released a music video following making a public post that he would be turning himself in after he was named as a suspect in Young Dolph’s shooting death at Makeda’s Cookies in Memphis.

Johnson continues to proclaim his innocence while Smith has yet to make a public statement. 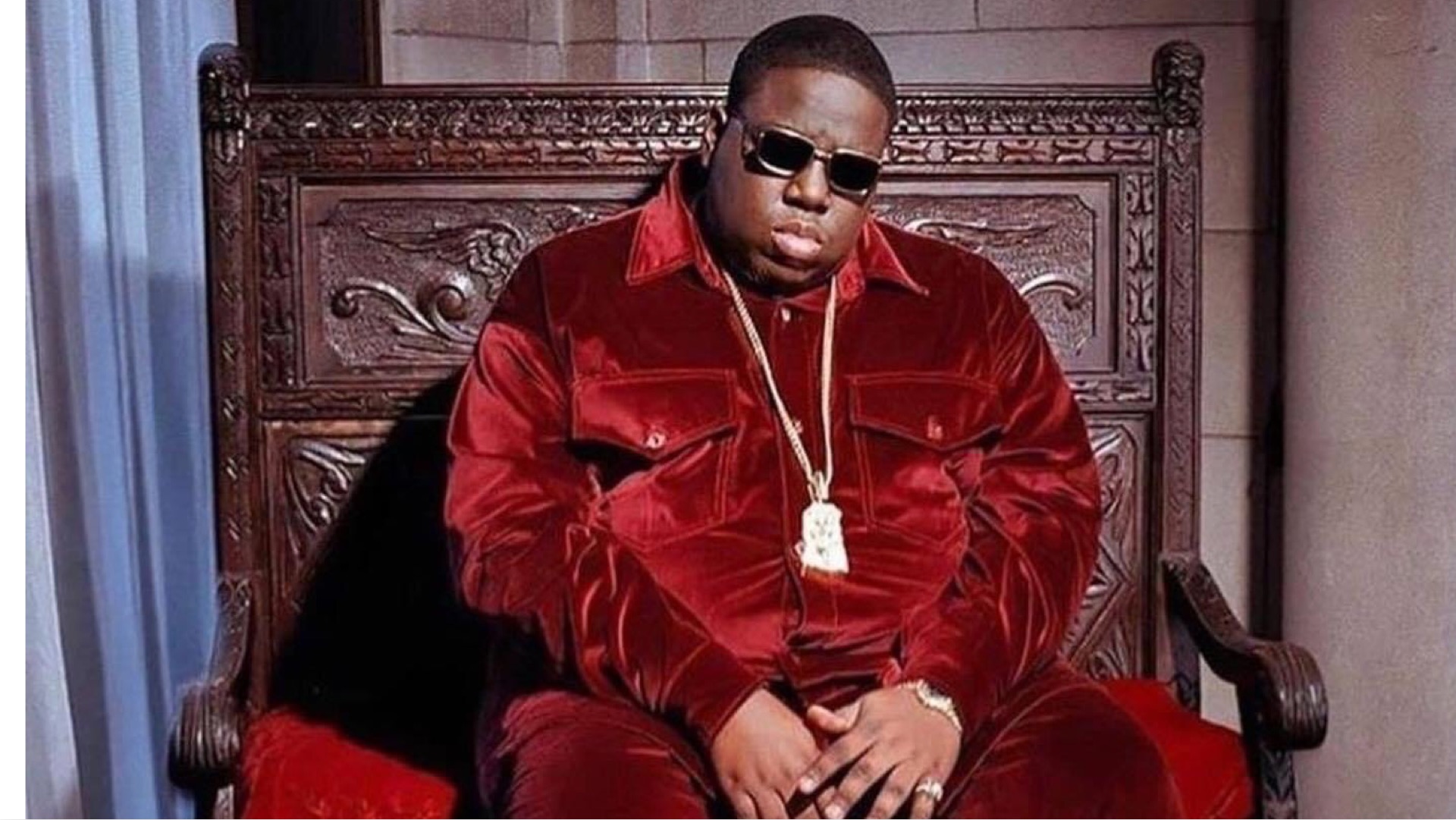 In 1995, the Notorious B.I.G. was the biggest-selling solo male artist .

According to the rapper’s 1994 interview with the New York Times, he began selling drugs at age 12 and at age 17 he became a school dropout.

Biggie stepped up the drug dealing after quitting school and was soon in trouble with the law. He received a five-year probationary sentence in 1989 after being arrested on weapons possession charges.

In 1993 the Notorious B.I.G met Tupac for the first time and they became friends. Tupac mentored Biggie whenever the two met up.

However, In 1994 there was a feud between Biggie and Tupac which was never settled. Tupac was shot dead on September 7, 1996, in Las Vegas.

The Notorious B.I.G was murdered the early hours of March 9, 1997. It happened shortly after he left a Vibe magazine party at the Peterson Automotive Museum in Los Angeles. 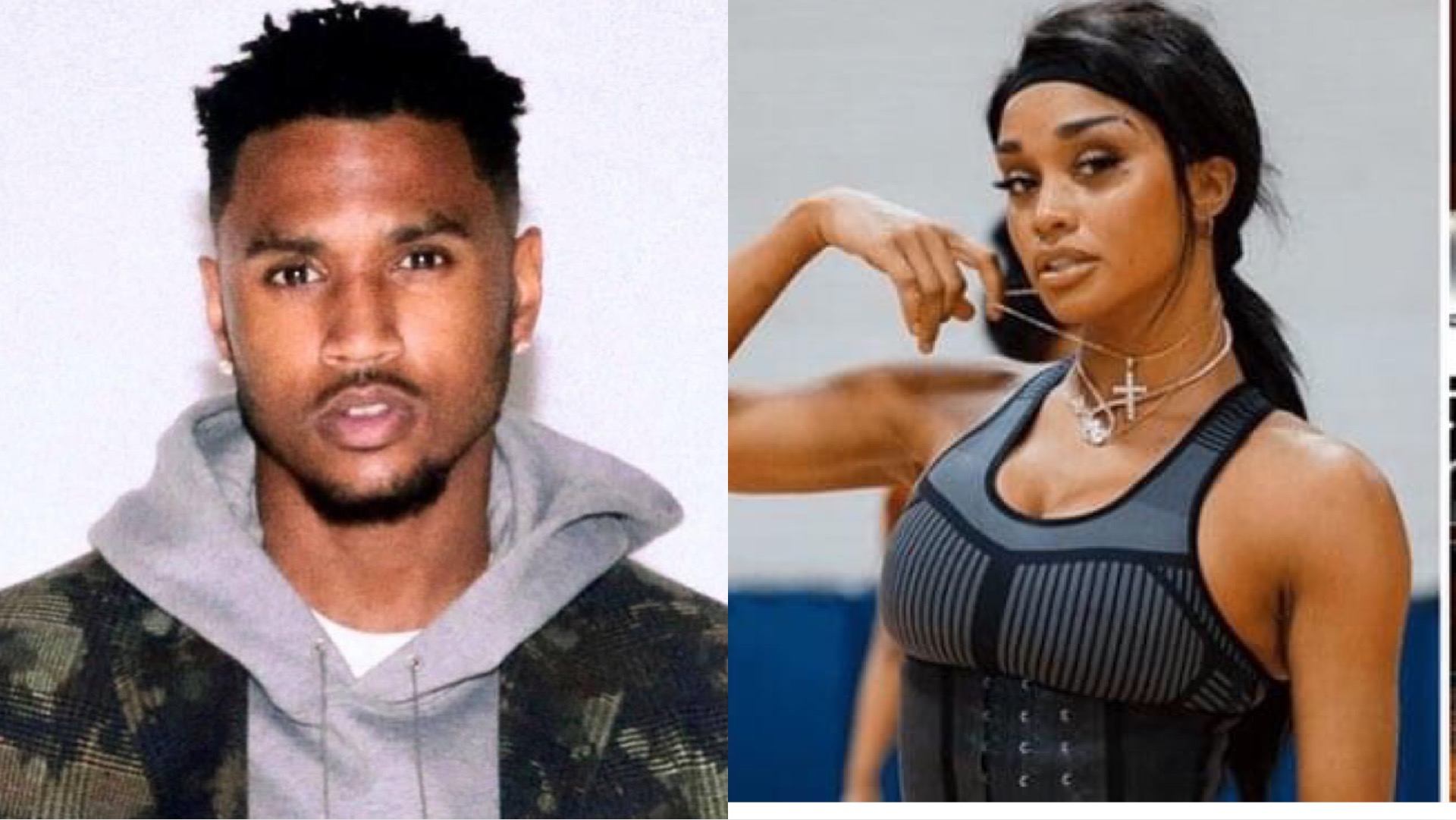 Dylan Gonzalez, who is a formal basketball player for  University of Nevada, Las Vegas and a musician has accused singer Trey Songz of rape.

Gonzalez spoke out yesterday on social media and accused Trey Songz of raping her at a popular Las Vegas hotel.

In a statement posted to her social media accounts, She said,“With what seems like endlessly reoccurring news of the alleged sexual assaults committed by Trey Songz, I am forced to repeatedly relive in my mind, and suffer anew, the long-suppressed horror and unbearable PTSD of my rape by his very hands at a well known Las Vegas Hotel.” She added, “I want to send my love, strength, and hope to all who are victims of sexual assault and its fatal nature. You are not alone,”

Furthermore, she continued by encouraging other victims of rape to spake out. She added, “I stand with you and encourage all those who have suffered abuse to speak out and come forward. Suppression of our voices only emboldens our oppressors, and you cannot heal what you do not reveal.”