Robert Downey Jr.’s most recent photos are fueling speculation from viewers that his appearance is due to nutritional deficiencies from his vegan diet, with one user dubbing him “Iron Deficiency Man.”

In April 2022, Robert Downey Jr. posted videos and pictures of himself on Instagram, and his fans had a lot to say about his appearance. According to his audience, Robert looked much older and unhealthy. “What happened to him? He looks quite sick isn’t it…” wrote one user.

“It’s sad to see him getting old,” another fan added.

Another photo resurfaced this week of the 57-year-old celebrity and his new look. In November, the Iron Man actor shaved his head for a role in the upcoming TV series The Sympathizer. @thecarnivoreuk decided to share the picture on his Instagram with the caption, “Never underestimate the power of a vegan diet.” 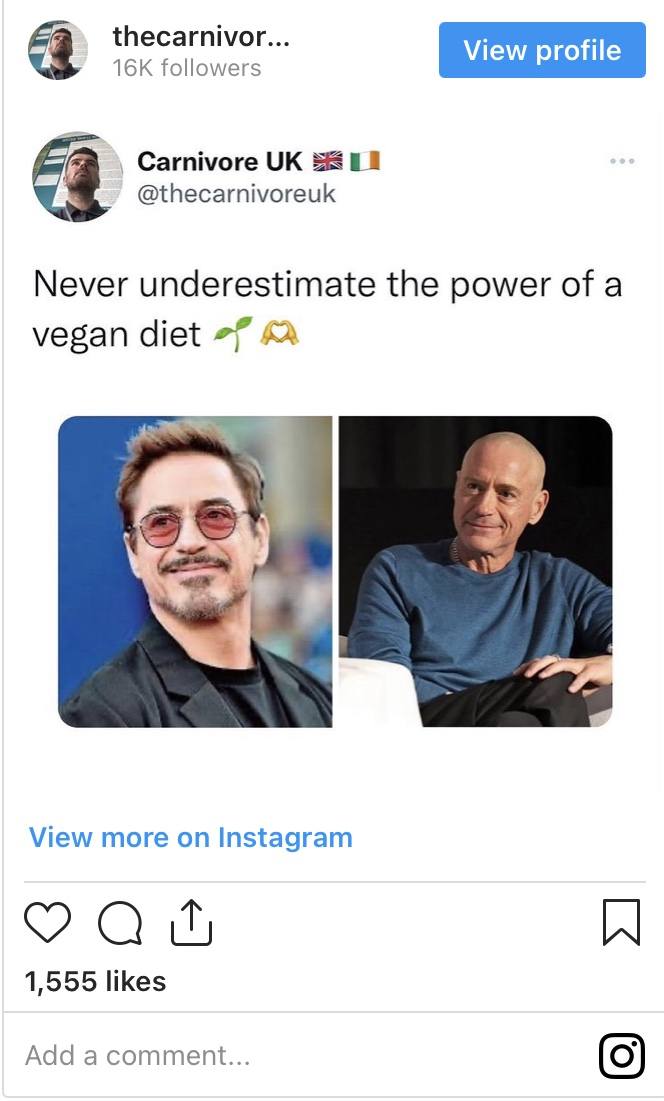 Most people remember Robert from his last Marvel film, Avengers: End Game. While the motion picture was released in 2019, the production concluded nearly five years ago in January 2018. Though Robert is nearing his 60s, his audience can’t help but feel like his age has accelerated since he last played Iron Man

One TikToker posted a before-and-after of Robert this week, writing: “So ‘Iron Man’ went vegan and became ‘Iron Deficiency Man.’

Though there have been many comments on Robert’s appearance, his other fans quickly came to his defense. “Celebrities do age, believe it or not,” said one user.

Robert announced he was going vegan “for legumes” in 2020. The star made the comment when he and his wife spoke to Variety at the premiere of Dolittle in LA. “She is the greatest creative producer in the history of cinema,” Robert said about his wife, Susan Downey, who produced the film. “And I make faces for cash and chicken. Even though, no, I’m off chicken now.”

This year, Robert recently made an investment in Motif FoodWorks, a food-tech company that’s working to manufacture “craveable” vegan foods. Motif developed APPETEX, a hydrogel that mimics the texture of animal tissue. “Our food technologies enable plant-based and animal-free options that create the rich meaty taste, appearance and texture that consumers crave,” their website states. “Meat alternatives are now as delicious as their animal counterparts.” 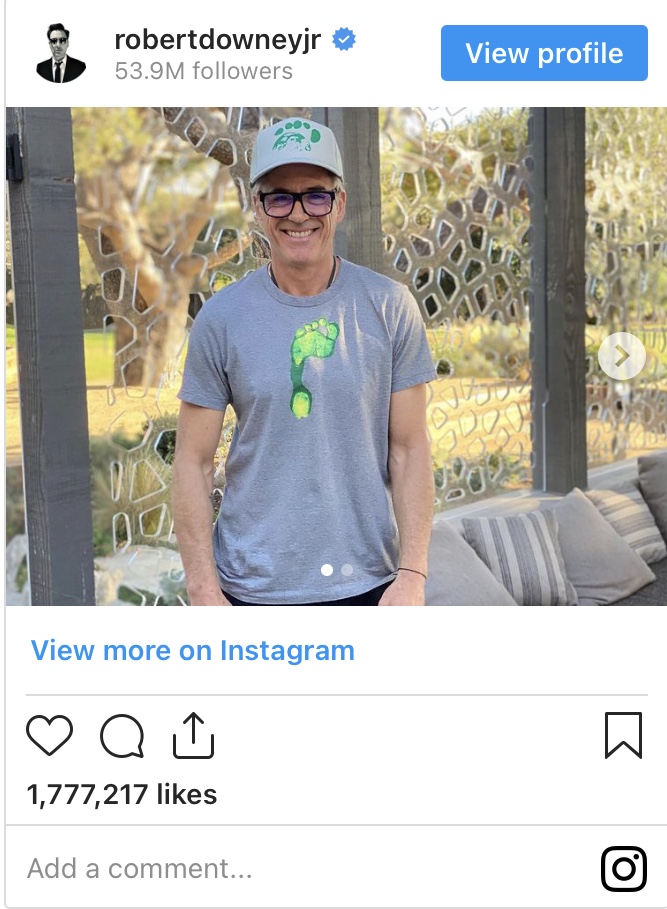 “If plant-based foods are going to make a real impact on sustainability, we need an approach that’s both delicious and nutritious,” Robert said in a statement. “By focusing on both better tasting and healthier options, Motif is not only making a difference in products today, but reimagining the future of tomorrow’s plant-based foods.”

Related Topics:Robert Downey Jr
Up Next

Chris Rock to perform in Knoxville during 2023 world tour