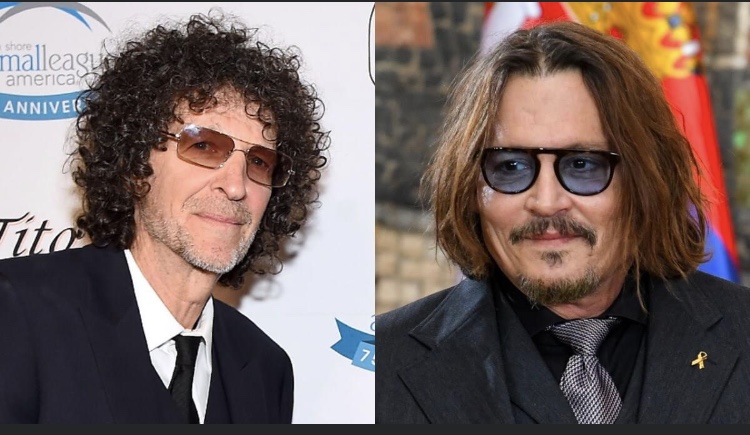 “Depp should have tried to keep the trial off TV,” Stern tells his listeners

Howard Stern thinks Johnny Depp wanted his defamation trial against ex-wife Amber Heard to be televised, because the “Pirates of the Caribbean” star is a “narcissist,” desperately craving attention.

“The reason I think he wanted that on — he wanted that televised is that’s what narcissists do,” Stern said. “They think they can talk their way out of everything.”

“On the narcissism scale, I think Johnny Depp is a huge narcissist — and what I mean by that is, he figured ‘I’ll put this on TV,’” Stern continued. “‘And because I’m so persuasive and I’m so smart, and I’m such a wonderful guy.’”

Stern’s co-host Robin Quivers interjected to add, “‘I’m a great actor, I can act my way through anything,’ you know!’”

“I’ll play you some clips from the Johnny Depp trial. If he isn’t acting — he’s so overacting because he’s writing his own material as he goes along,” Stern quipped.

The shock jock continued by saying Depp should have tried to keep the trial off TV, if he wanted to save his career.

“It’s just coming off really badly. Johnny Depp testified in court for two days last week. Two days. Think about that, lots of room to embarrass yourself,” Stern continued. “Two full fu**ing days! First of all, his difficulty in speaking the English language is fantastic!”

“Stumbling over the names of people who have been with him for thirty years,” Quivers added.

They then began to criticize the way Depp speaks. “And the accent,” Stern said. “First of all, isn’t he from like the South or the Midwest?”

“Somewhere in this country!” Quivers answered.

“Johnny Depp was born in Kentucky,” Stern followed up. “Does that sound like a guy from Kentucky?”