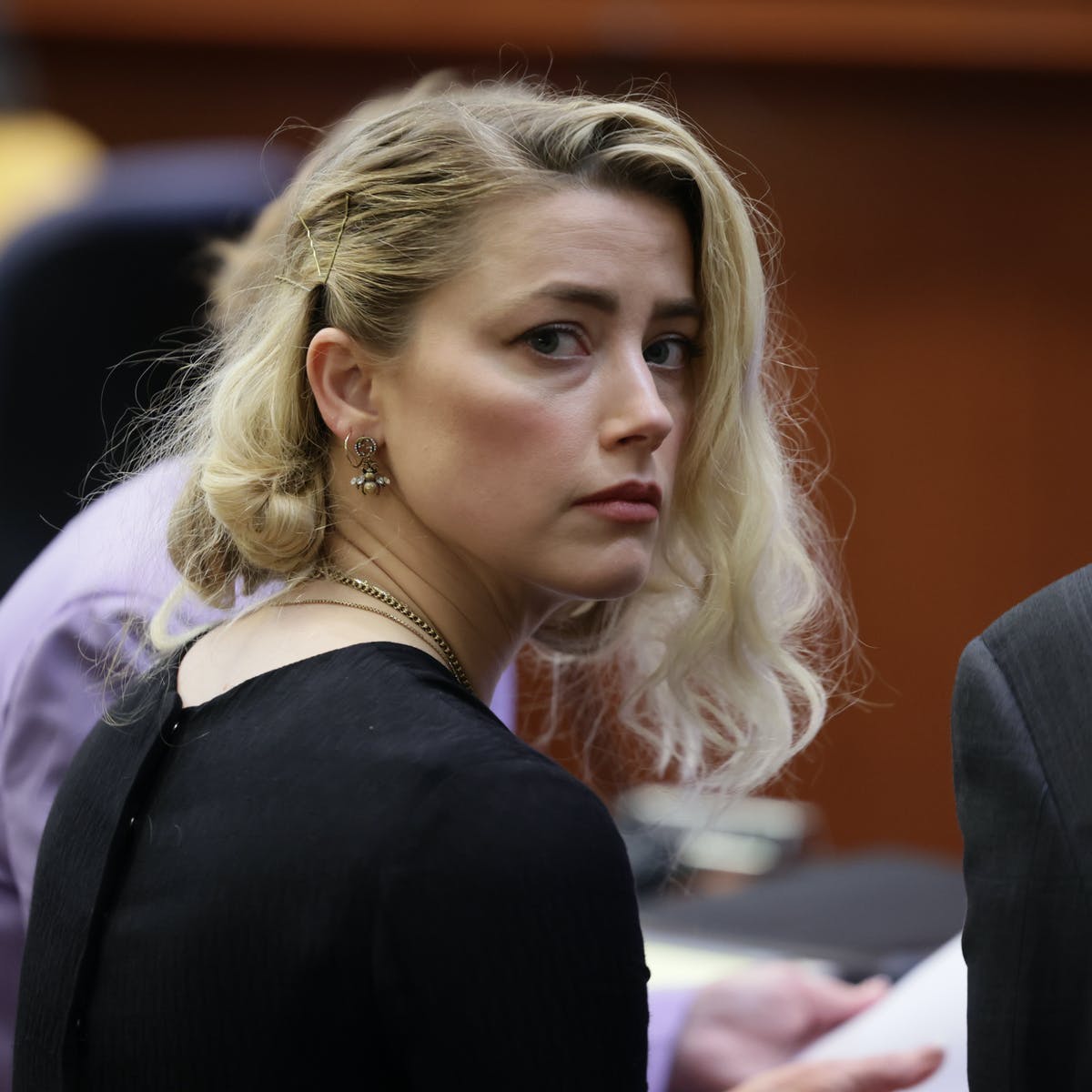 In the wake of the civil defamation trial between Hollywood actor Johnny Depp and actress Amber Heard, it has been made clear that the latter isn’t satisfied with not only the verdict but her treatment during the trial and how it has left her feeling.

The majority of those following the case supported Mr. Depp. In an exclusive interview with Savannah Guthrie on NBC’s The Today Show, Amber described how the harsh and unfair treatment made her feel.

‘Most Humiliating And Horrible Thing I’ve Ever Been Through’

Heard recounted how on her way to court, she would pass up to six blocks of people holding signs and chanting “Burn the witch” and “Death to Amber.” “I felt less than human,” the actress said further, seemingly holding back tears as she revisited those emotions.

However, according to those who followed, including the numerous “Captain Jack Sparrow fans” who were “vocal and energized” in the courtroom, it was simply the demand of Amber to lay in the bed she made for herself.

‘Performance Of A Lifetime’ 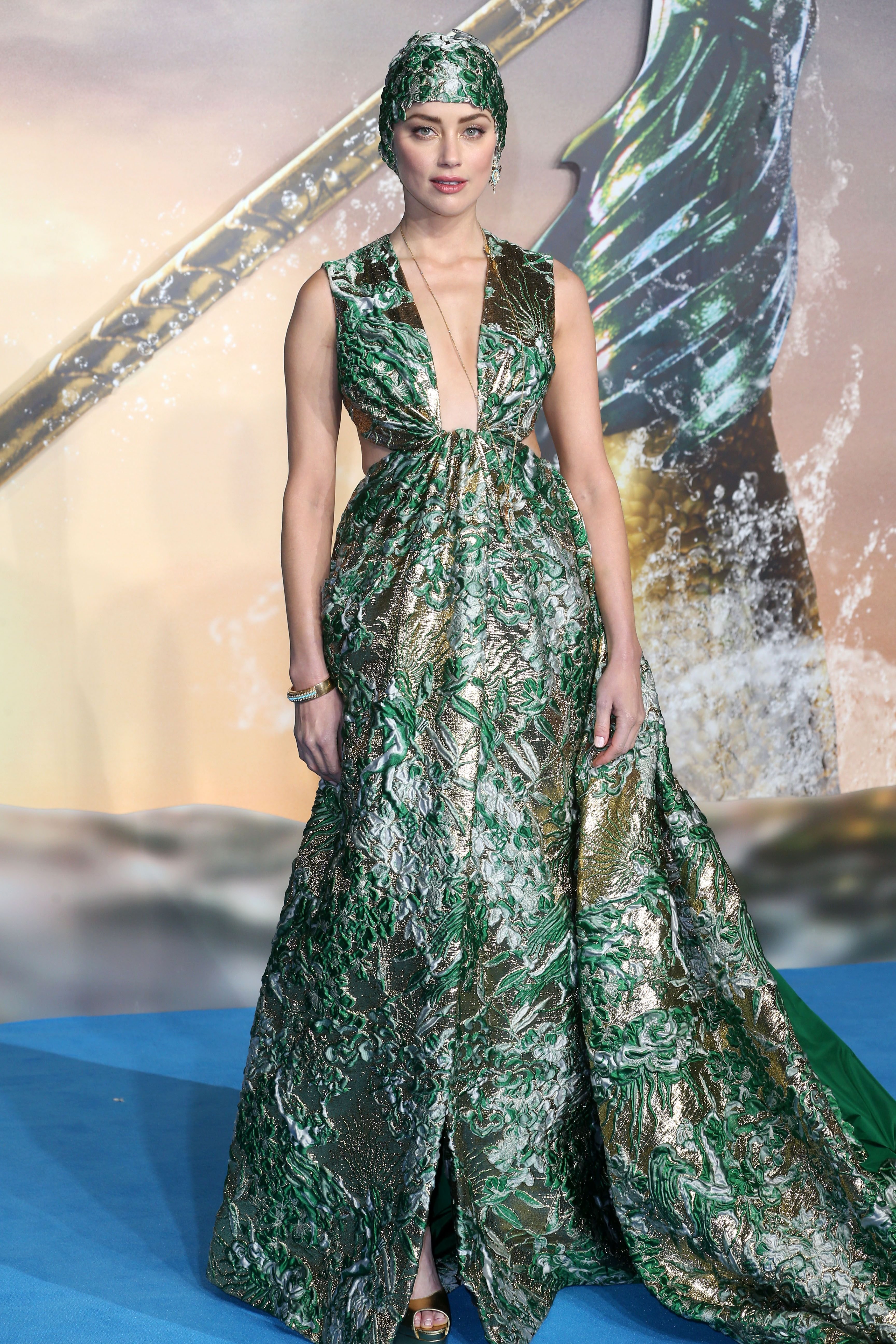 The Aquaman actress was then asked about her thoughts of Johnny Depp’s lawyer, who believed she was acting and called her testimony the “performance of a lifetime”, to which she retaliated by pointing out the lawyer was defending a man who “convinced the world he had scissors for fingers?”.

Furthermore, Amber seemed to dismiss this because of the contradiction, who throughout the trial heard statements that stated she was “a terrible actress.” “I’m a bit confused how I could be both,” she told Savannah.

‘Truth to Power’ Or Lies To Weakness

Ms. Heard backs her claims, saying she said nothing but the truth throughout the trial and that she “paid the price” for it. Elaborating that the First Amendment (right to free speech) does not only allow someone to express themselves through words but that that opportunity should be taken to speak “truth to power,” which is what she did.

This makes people question her and her morals and potentially tarnishes the testimonies of those who might actually go through the experiences she so adamantly claims to have gone through.

The verdict was given on July 1, 2022, after nearly two days of deliberation in favor of Johnny Depp, who was initially set to receive $15 million but would amount to just over $10 million, and Amber set to receive $2 million. Depp immediately let his hair down, heading to England to celebrate, whereas Amber sought to voice her thoughts.

Amber is also still due to reprise her role in the second Aquaman movie, with a lot of controversy surrounding that decision. Fans had decided to take things into their own hands by creating a petition that reached its initial 4.5 million signatures target to get her removed from the film.

The petition was made in response to Johnny being dropped from his famous role as Captain Jack Sparrow in the Pirates of the Caribbean franchise by Disney. In recent weeks though, Disney has reversed that call and offered Mr. Depp $301 million to reprise the role. Safe to say, the future looks bright for Johnny Depp. 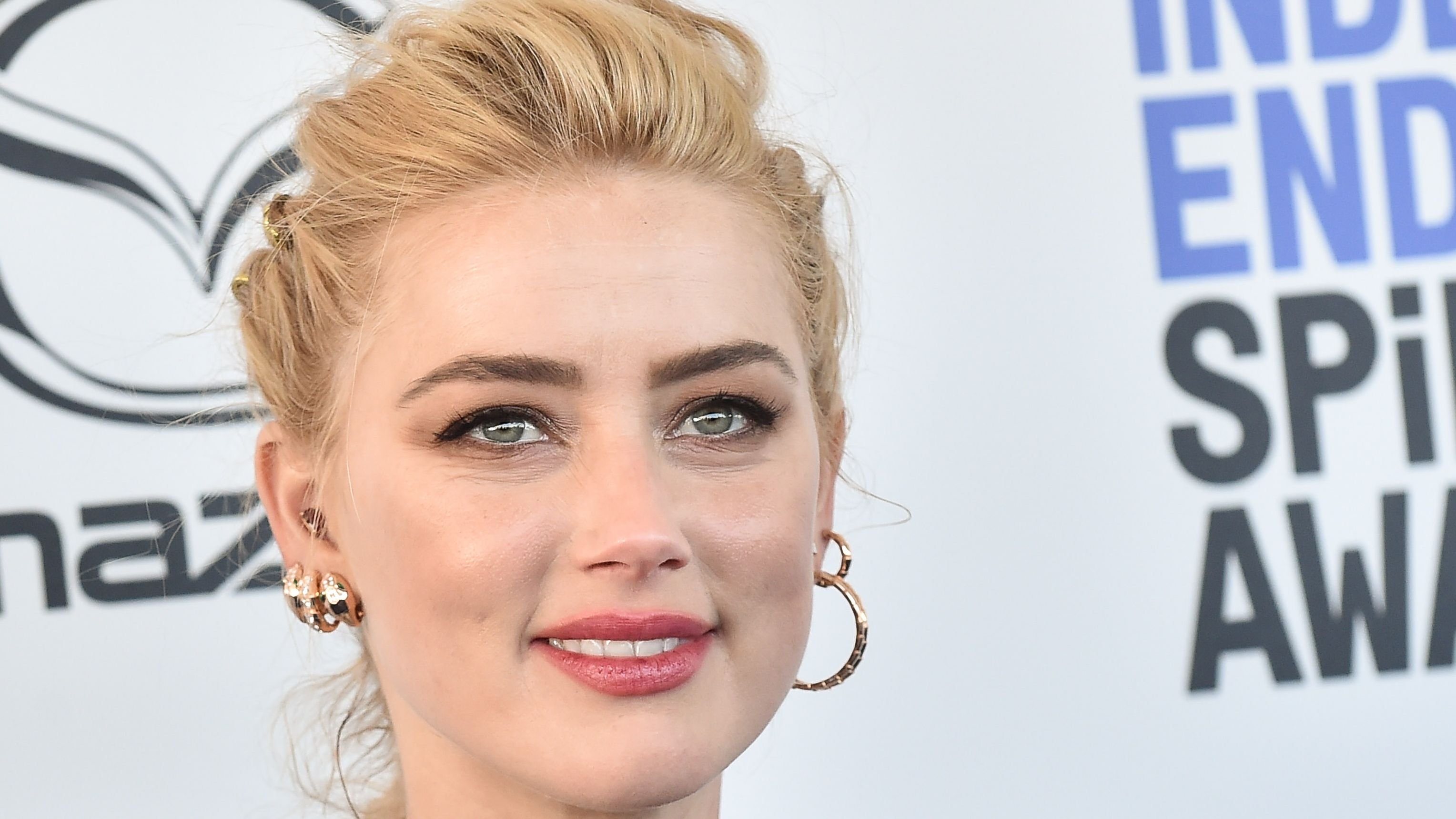 The Yucca Valley digs piqued much interest, leading to further information about them. While Amber’s name does not appear on any property, further investigation revealed several indications that pointed to one specific house currently owned by a secretive trust with strong ties to the actress.

One might certainly argue that the desert environment of Yucca Valley, in all of its uncontrolled natural splendor, has a distinct charm. However, the desolate atmosphere feels more of The Good, the Bad, and the Ugly than Aquaman.

Keep scrolling to see what the mansion looks like. 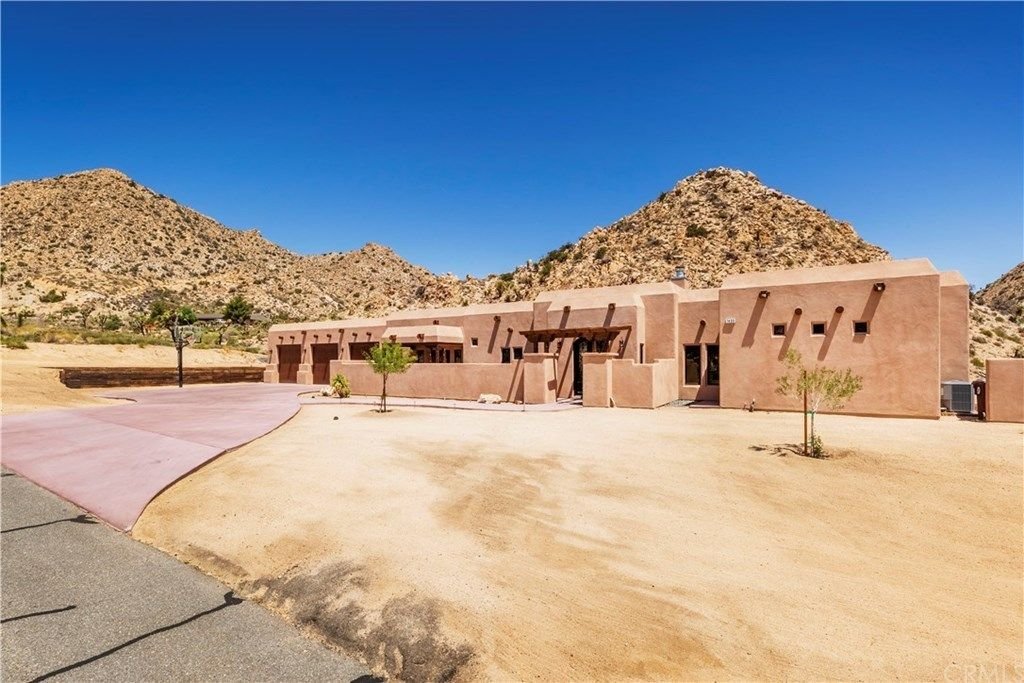 In early 2019, the trust quietly paid $570,000 for the six-acre estate. This was around a year before the coronavirus outbreak made home prices really expensive, so there is a high chance the property is now worth much more than the 2019 figure.

Yucca Valley is a community of 20,000 inhabitants located in San Bernardino County, California. Joshua Tree National Park is the closest big attraction, some 10 miles due east, while the community is also 27 miles north of Palm Springs and 55 miles east of San Bernardino. 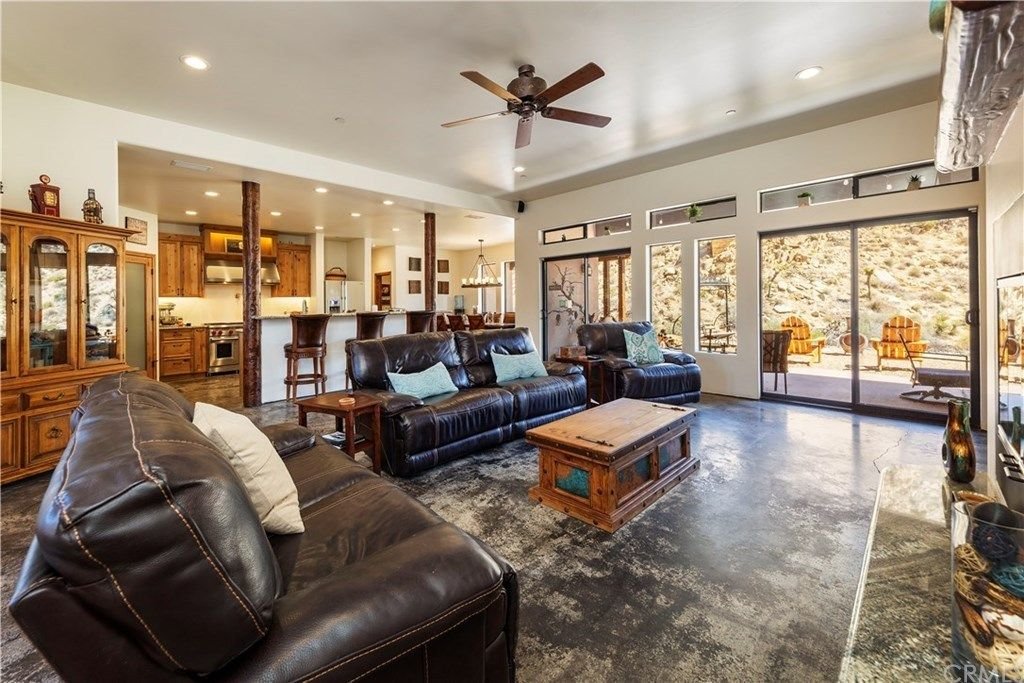 According to an unknown source, Amber and her daughter, Oonagh, relocated to California’s Mojave Desert. Following the 36-year-old actress’s sensationalized legal struggle with Johnny, she clearly requires a rejuvenation in the Yucca Valley rather than in opulent residences in Los Angeles.

The unique home, which was built in 2015, has a three-car garage attached to it and roughly 2,500 square feet of living area. The property is naturally landscaped, which means it is mainly maintenance-free for the actress’ peace of mind. In addition, it doesn’t have thirsty non-native vegetation or bothersome irrigation systems. The property is wired for a centrally controlled sprinkler system should Amber desire to install one.

Inside The Living Space 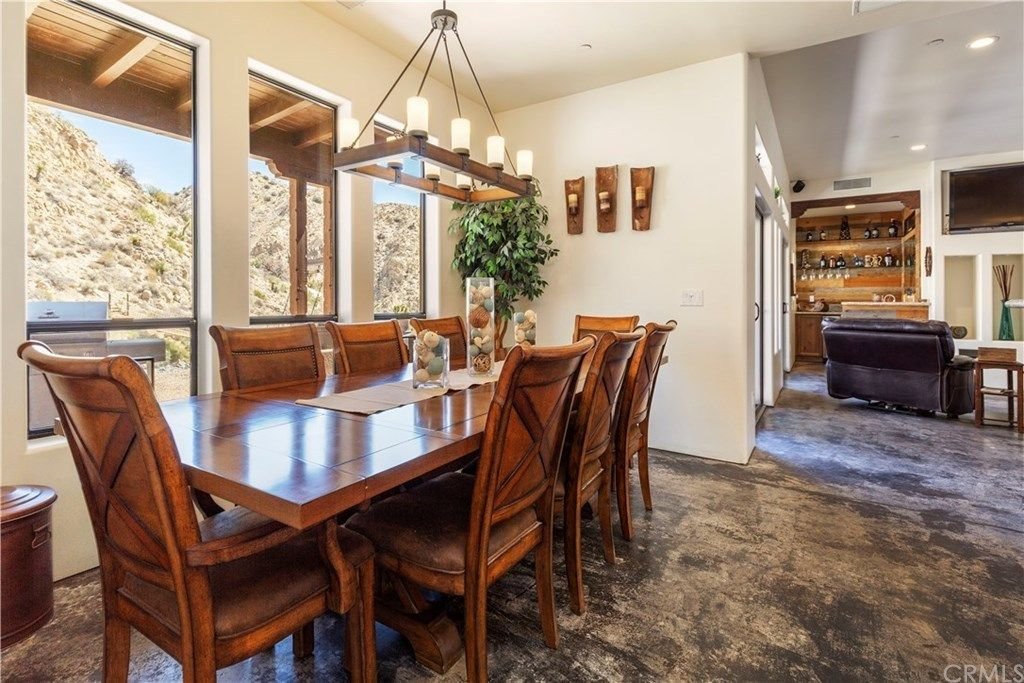 Concrete floors, recessed LED lighting, and high ceilings are present in the main living space. In addition, there are three large comfortable sofas available to accommodate a number of guests. There is also a fireplace and a chilled bar area with a wine refrigerator.

Temperatures in Yucca Valley can reach dangerously high levels, especially during the summer, but a covered loggia keeps the sun’s harmful rays away. A whole-house stereo system and vistas of the neighboring hills and desert valleys are also part of the home’s amenities.

Perhaps most significantly, the property also contains a 110-foot wooden bridge that the previous owner custom-engineered. The bridge connects a stairwell built into the rocky hill behind the home with a shallow wash. A hillside gazebo beyond the steps offers panoramic views of the area that reach for kilometers. 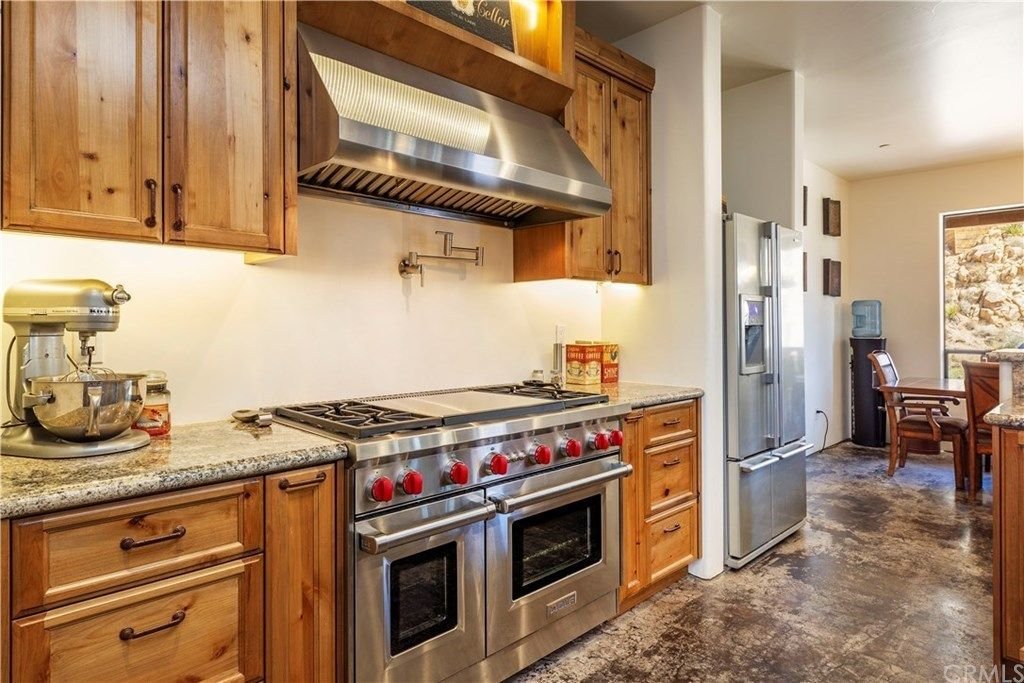 Granite countertops, knotty cabinetry, and high-end Wolf and Miele equipment are included in the eat-in kitchen. Although not so large, it contains all the necessary appliances and equipment needed for a standard and modern kitchen. Amber may entertain family and friends in the dining room, which can comfortably accommodate a large table and eight people at dinner. 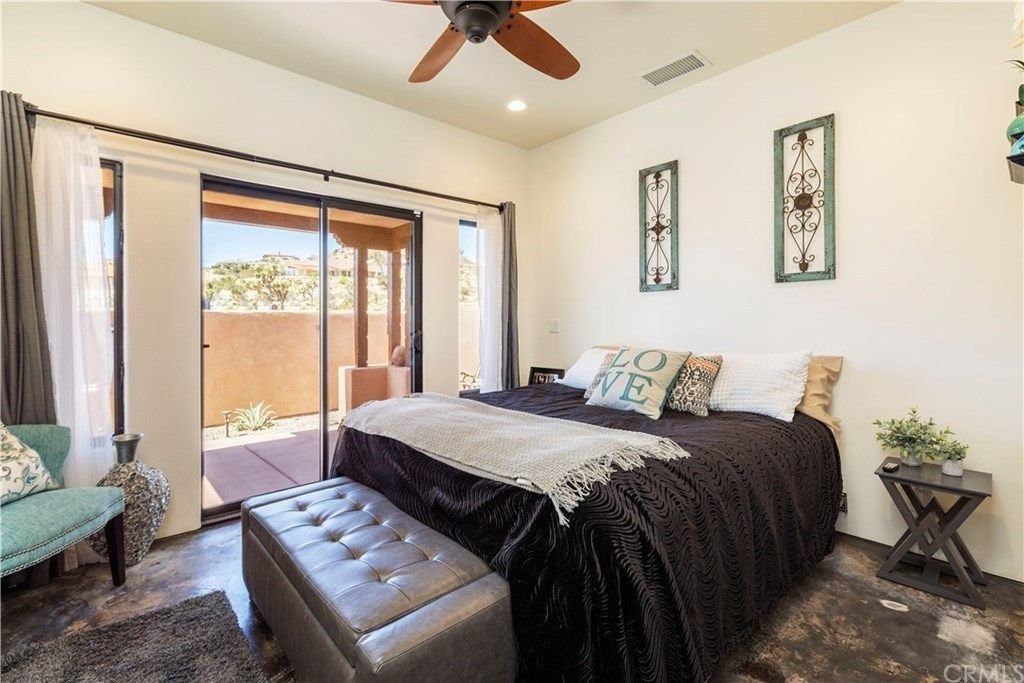 Following the court battle, it appears that Amber was not the only one looking for a way to unwind. Johnny was also photographed with musician Jeff Beck during a concert in the United Kingdom. Following the grueling days at the Fairfax court in Virginia, fans of the Pirates of the Caribbean star were stunned to see him perform. While everyone awaits the court’s judgment, it is good to see the former couple doing their best to relax.

Amber Heard Is ‘Enjoying Herself’ While Still Cooped Up In The Hamptons, Per Report