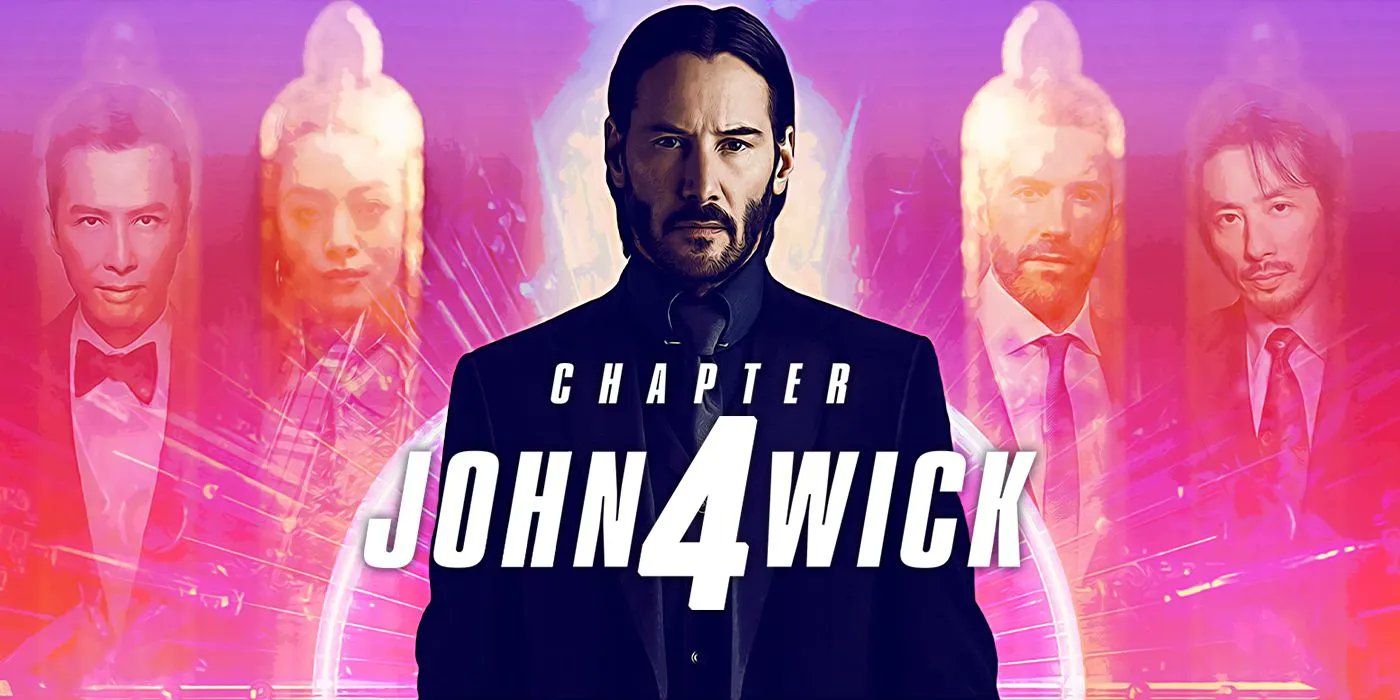 BleedingCool.com shared an image from this year’s CinemaCon 2022 of a lightbox featuring Keanu Reeves’ titular character pointing a gun off-poster. Aside from its title, notable details about the image include Wick being surrounded by multiple flowers and having shaggier hair than in previous John Wick entries.

Filming on John Wick 4 began in late June 2021, and while no footage has come out yet, its off title- Hagakure was revealed through photos of gift bags provided to the cast and crew.

The title, roughly translated, means “hidden by the leaves,” possibly tying into the poster’s flower iconography. Though John Wick 4was supposed to drop sometime this year, Lionstage pushed its release date to March 2023, making the announcement via an in-universe video of the franchise’s accountants typing the new date into their records. Similarly, the video concluded with images of flower petals.

Details about John Wick 4‘s story remain unclear, aside from Chapter 3 – Parabellum‘s cliffhanger of Wick and the Bowery King (Lawrence Fishburne) teaming up to take down the High Council who runs their secret assassin society.

Alongside Reeves and Fishburne, both Ian McShane and Lance Reddick will reprise their roles from the past three films as New York Continental hotel owner Winston and concierge Charon.

The four will be joined by a new collection of actors including Donnie Yen (Ip Man), Hiroyuki Sanada (Mortal Kombat), Scott Adkins (Ip Man 4: The Finale), Bill Skarsgård (It: Chapter 2) and Clancy Brown (Dexter), with known character details including Yen playing a friend of Wick’s and Brown and skargard being connected to the High Table.

In addition to the main Wick films, Lionsgate is currently working on a prequel series for Starz titled The Continental, which will reveal how Winston came to manage the titular assassin hotel. Both Colin Woodell and Mel Gibson have been cast in the show, with Woodell playing a young Winston.

Furthermore, Lionsgate is currently working on the John Wickspinoff Ballerina, a revenge action-thriller whose title implies a connection to the Ruska Roma organization and dance studio featured in Parabellum.

It was announced in October that Ana de Armas, who starred in the James Bond film No Time to Die, is in talks to play the titular Ballerina.

Related Topics:EntertainmentJohn wick
Up Next