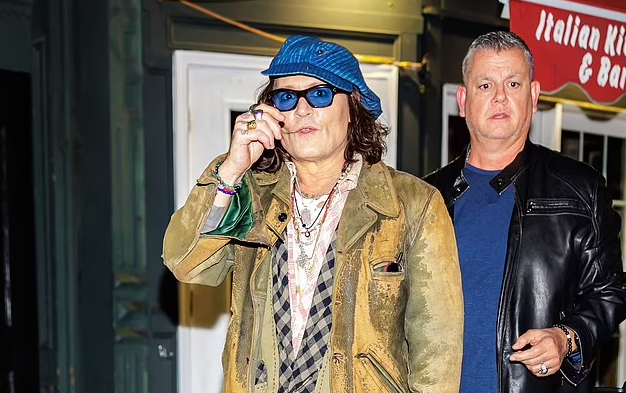 Johnny Depp was unrecognizable as he stepped out in New York City sporting a youthful, clean-shaven look on Wednesday – having shaved off his signature goatee.

The 59-year-old actor revealed a very chiseled jaw as he posed for a picture during an appearance at SiriusXM, before once again flaunting his youthful features while leaving a dinner in the Big Apple.

The Sleepy Hollow star was in good spirits as he greeted fans outside the eatery while clad in a trendy leather jacket, paired with necklaces and a plaid shirt. 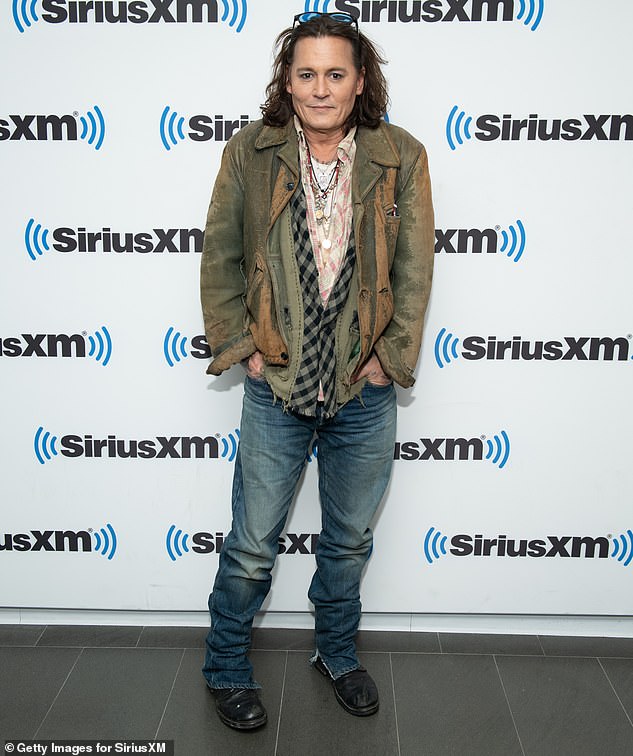 Change: The actor, 59, looked unrecognizable as he showed off a chiseled jaw after shaving off his signature goatee – which he rocked in May during his court case against Amber Heard (left) 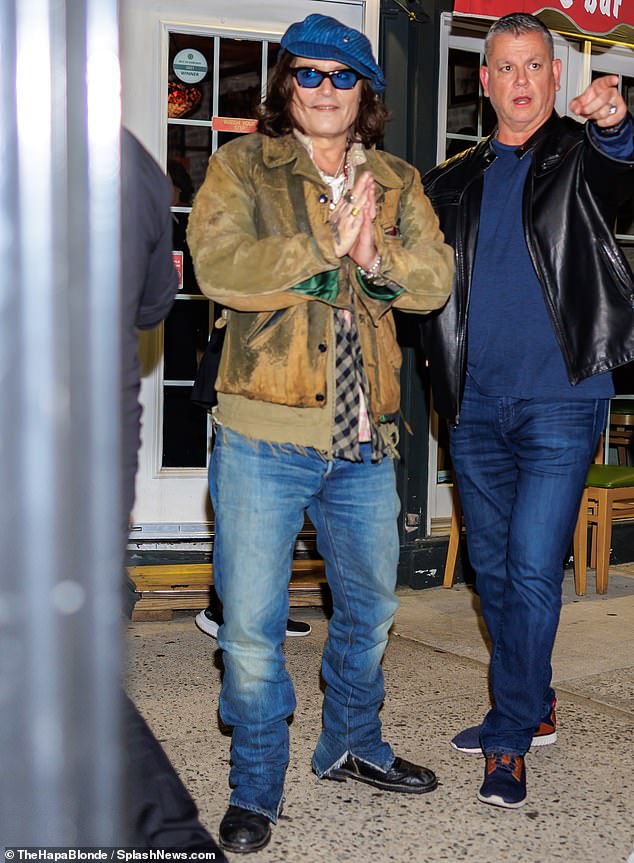 He teamed this with ripped stonewash jeans and leather shoes as he smiled.

The star completed the ensemble with blue tinted shades and a matching flat cap.

The star has wowed fans with his new look since ditching his man bun and facial hair.

The Pirates Of The Caribbean actor is currently on tour with rocker friend Jeff Beck.

Depp and Beck met in 2016 and became good friends, bonding over their shared love of music and cars. 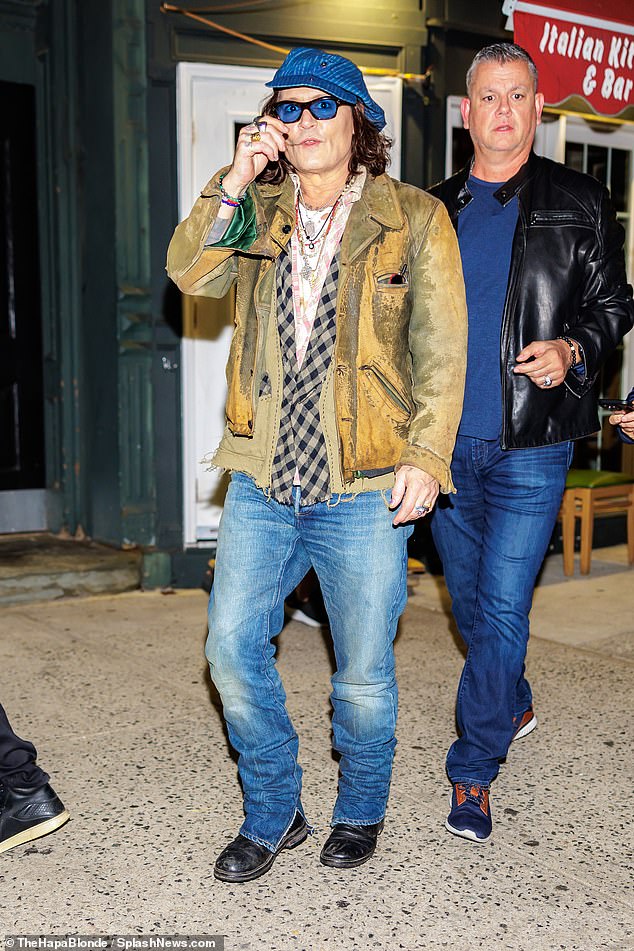 For the fans: The Sleepy Hollow star was in good spirits as he greeted fans outside the eatery while clad in a trendy leather jacket, paired with necklaces and a plaid shirt 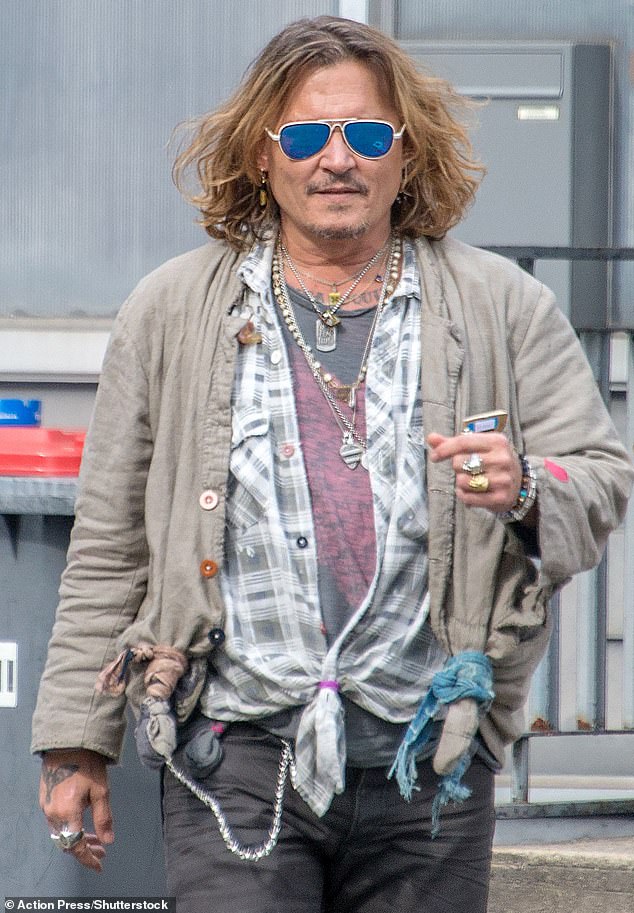 For the fans: The Sleepy Hollow star was in good spirits as he greeted fans outside the eatery while clad in a trendy leather jacket, paired with necklaces and a plaid shirt

They eventually started playing music together in 2019, and have toured in Europe ahead of their first US tour.

The embattled 59-year-old has embarked on the music tour, playing multiple concerts and releasing new music after his high-profile legal battle against ex-wife, Amber Heard.

Johnny’s happy appearances like that in New York has been commonplace since his win at Fairfax County Circuit Court in Virginia earlier this year.

Heard had claimed in a 2018 op-ed for the Washington Post that she was a domestic abuse survivor. She’s now been ordered to pay Depp $10 million in compensation and $5 million in punitive damages.

A court ruled that Heard had defamed him in the article, but the jury also awarded Heard $2 million in her countersuit against Depp. 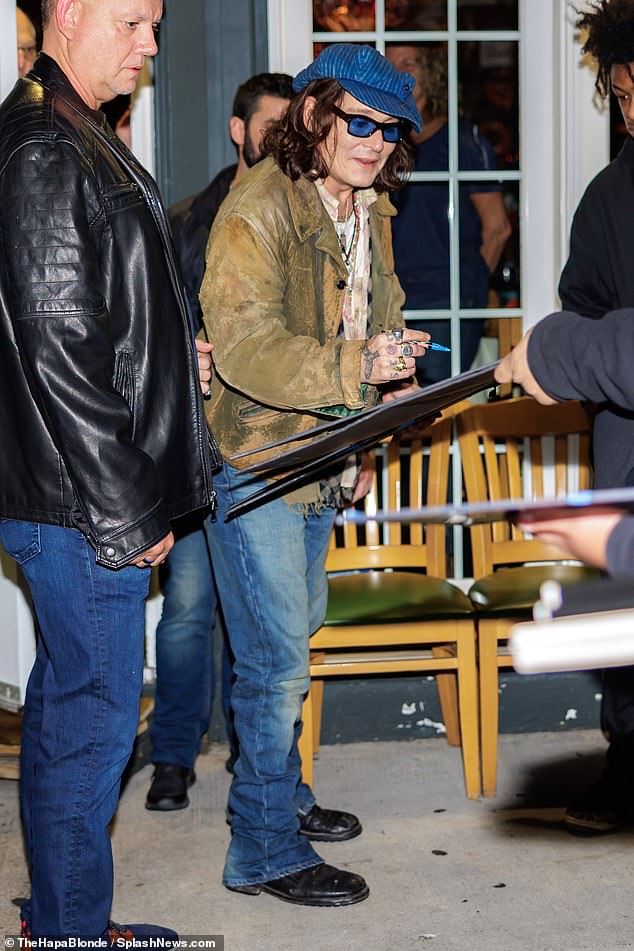 Fun: The acclaimed actor looked delighted to be meeting his fans 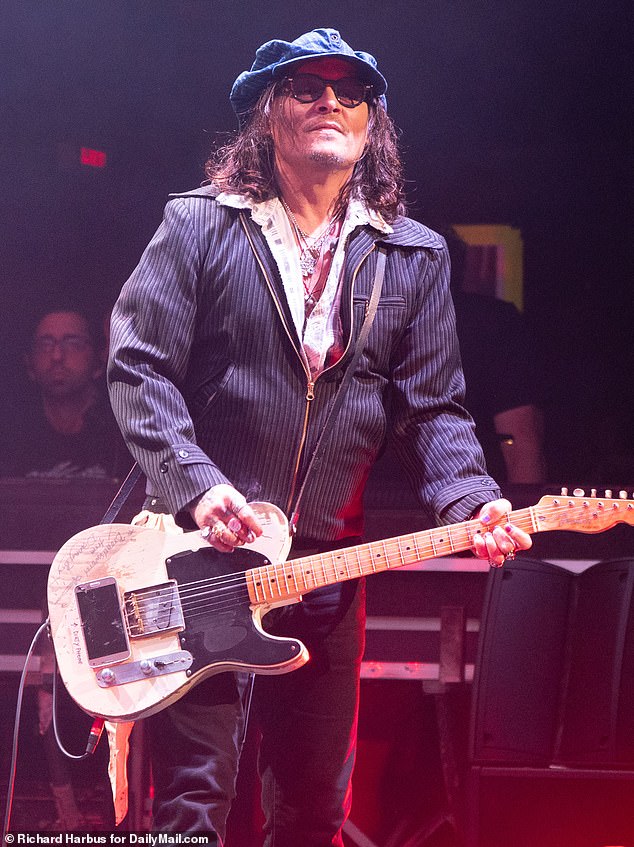 Actor turned singer: Johnny has been enjoying his musical career since the end of his high profile defamation trial against ex wife Amber Heard (pictured on tour with Jeff Beck last week)

Amber has recently been spotted in Mallorca, with it emerging that she’s trying to ‘escape the spotlight by living under a pseudonym in a luxury villa’.

According to Spanish press reports, the 36-year-old actress is said to be renting the multi-million-euro mansion from the family of Maria Antònia Munar, a local politician who was sentenced to 14 years in prison for corruption in 2013 but released early in 2020.

The property, built in 2020, is in the historic centre of the small rural town of Costix, which is located in the centre of the Spanish island.

One local shopkeeper, Miguel, told El Mundo that his wife ‘recognised her right away’, but no one said anything because people in Costix, a town of just 1,270 inhabitants, ‘don’t bother anyone’ and just ‘live and let live’.

The grocer added: ‘She is like anyone else, she buys fruit and vegetables, she speaks Spanish with a Mexican accent and she’s very polite. She always says good morning to us.’ 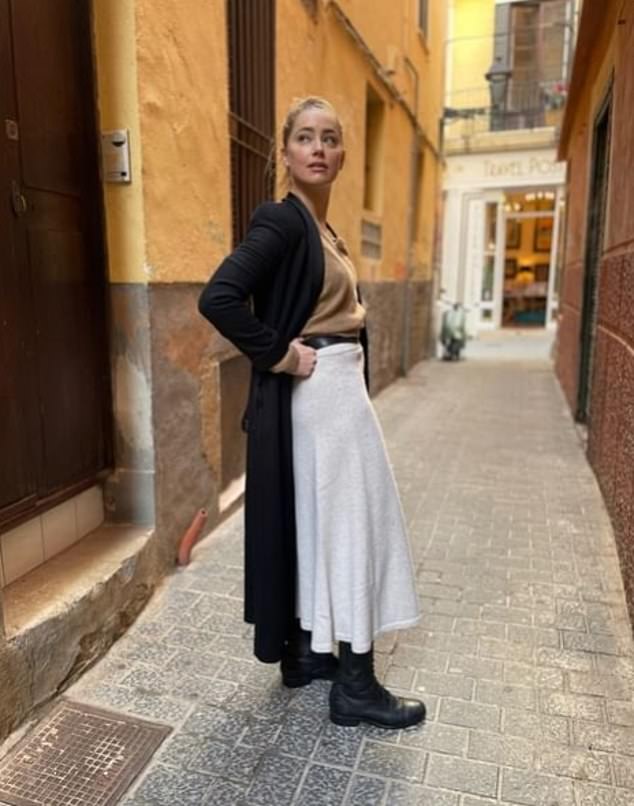 Amber Heard has escaped the spotlight and is living under a pseudonym in a luxury villa in Mallorca. Pictured: Ms Heard in Palma, Mallorca in January.