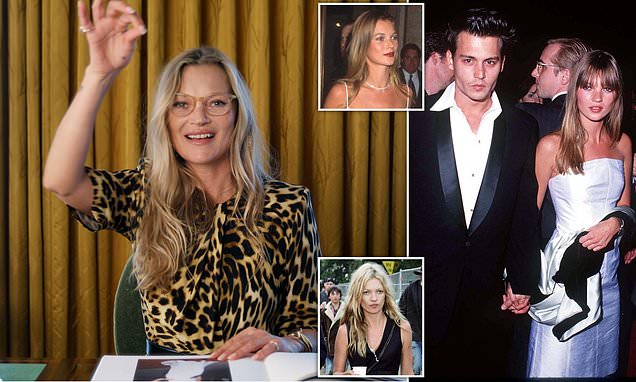 Kate Moss, 48, has revealed Johnny Depp, 58, gifted her the first diamonds she ever owned – in a rather unconventional way. The Pirates of the Caribbean actor hid the pricey necklace “up his bum” and asked supermodel Kate to retrieve it.

“And that diamond necklace Johnny gave me, they were the first diamonds I ever owned,” she told Vogue in a new interview.

“He pulled them out of the crack of his a**e.

“We were going out to dinner and he said, ‘I’ve got something in my bum, can you have a look,’ and I was like, ‘what’ and I put my hand down his trousers and I pulled out a diamond necklace. That diamond necklace.”

Kate testified in Johnny’s trial against his ex-wife Amber Heard back in May, telling the court her ex-boyfriend “never” pushed her down the stairs.

Amber had claimed in her testimony in court that she had heard a rumour Johnny was physical with Kate during their 1994-1998 romance – but the model denied this was ever the case.

Questioned by Johnny’s attorney, Benjamin Chew, Kate said: “No, he never pushed me, kicked me or threw me down any stairs.”

When questioned about an accident in Jamaica, Kate explained she had slipped down some stairs and hurt her back following a rainstorm.

“He carried me to my room and got me medical attention,” she said. 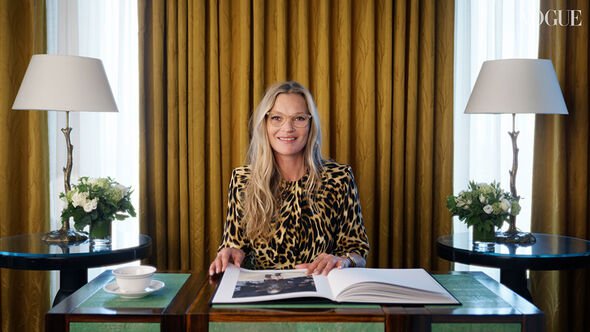 Kate discussed some of the most legendary looks from her career with Vogue (Image: British Vogue) 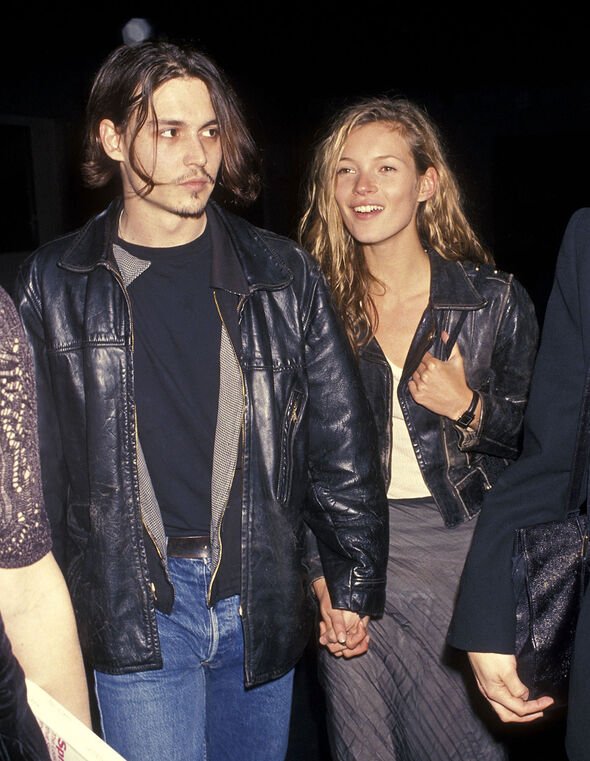 Kate has given an insight into her two-year romance with Johnny (Image: GETTY)

After her testimony, Kate was spotted at Johnny’s gig in London before they reportedly partied backstage together.

She later told Lauren Laverne on the BBC’s Desert Island discs: “I know the truth about Johnny.

“I know he never kicked me down the stairs.

Kate and Johnny were introduced at New York hangout Café Tabac by columnist George Wayne when she was 20 and he was 31.

They were pictured together at high-profile events including the Golden Globe Awards in 1995, the Cannes Film Festival in 1997, and premieres for the actor’s films including Donnie Brasco and Don Juan DeMarco.

In 1996, they were photographed on holiday with Noel Gallagher and his then wife Meg Matthews in Mustique in the Caribbean.

In a rare interview with Vanity Fair in 2012, she said of their relationship: “There’s nobody that’s ever really been able to take care of me. Johnny did for a bit.

really lost that gauge of somebody I could trust. Nightmare. Years and years of crying. Oh, the tears!”

Meanwhile, in a 1998 interview, Johnny said he “took responsibility for what happened” when their relationship ended.

“I was difficult to get on with, I let my work get in the way and I didn’t give her the attention I should have done,” he admitted.

The September issue of British Vogue is available now.