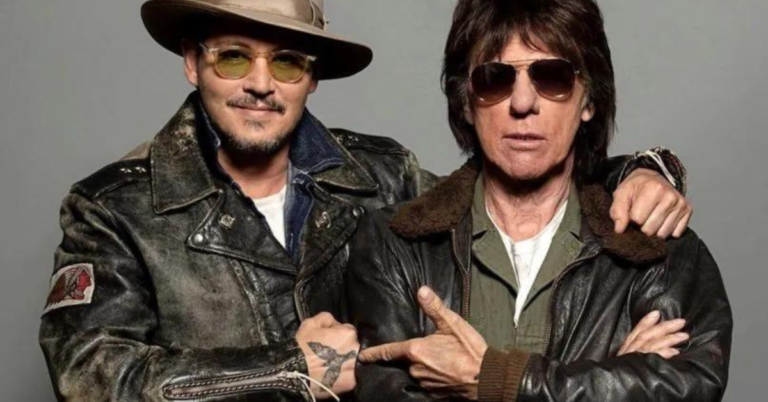 Johnny Depp is finding out as the actor-turned-musician tours as a special guest of British guitar legend Jeff Beck, who brought the only Canadian date of his North American trek to Toronto’s Meridian Hall on Monday night.

After a successful defamation lawsuit against his ex-wife Amber Heard earlier this year, which drew millions of live-stream eyeballs and prompted lots of chatter about the couple’s toxic behaviour towards each other, the 59-year-old Depp is attempting to shift the conversation.

Has the actor, who has been playing guitar since he was 12 years old and has formed the Hollywood Vampires with Alice Cooper and Aerosmith’s Joe Perry, got the music bonafides to share the stage with such a legend as the 78-year-old Beck, a two-time Rock and Roll Hall of Famer and eight-time Grammy winner?

The short answer is not really.

But don’t feel too sorry for the good-looking, highly-praised thespian, who certainly looked the rocker part dressed in an all black ensemble, except for a white tank top, with a blue cap on his head and a watch chain dangling from one back pocket and a scarf from the other.

His rhythm guitar is just fine but his voice isn’t strong enough to carry such songs as John Lennon’s Isolation, Dennis Wilson’s Smile, the Velvet Underground’s Venus In Furs or the new Depp tune This is a Song for Miss Hedy Lamarr, the latter from the new Beck-Depp album of covers and originals called 18 that was released earlier this summer.

His vocals sounded better when they were distorted like during the set-ending cover of Killing Joke’s The Death and Resurrection Show.

And Depp was only on stage for about half the 85 minute show, with Beck showing off his incredible guitar prowess for the first 50 minutes of instrumentals on such tunes as The Beach Boys’ Caroline, No and later in the show on The Beatles’ A Day in The Life and Jimi Hendrix’s Little Wing.

Certainly, the actor’s devoted fans gathered outside the tour buses behind Meridian Hall on Monday night hoping to see Depp felt he could do no wrong.

#johnnydepp rejoins @jeffbeckmusic for the death and resurrection show in #toronto #jeffbeck. Think this is the final song. pic.twitter.com/L5KNgtNIBv

“We love him,” said Maureen Bowins, of Toronto, waiting with her daughter, Lesley Jantzi, and holding a male doll with a note on it that she hoped to give him. “Ever since the trial, and everything. He doesn’t lie. He speaks the truth. His eyes — right to his soul. It’s sort of an obsession now.”

Added Jantzi: “He just looked so gorgeous and vulnerable. I knew he didn’t do it.”

Toronto fan Eve Fischer, who was carrying a hand-made black fedora with silver thread to give to him, saw Depp earlier in the day in Toronto as he was going in to do a sound check.

“He said, ‘I’ll be back,’ but that was three hours ago,” said Fischer. “He’s a phenomenal actor, and I feel terrible for everything he went through with the trial. (I’m here) just to support him.”

.⁦@jeffbeckmusic⁩ and #johnnydepp say thank you after an hour and 15 mins in #toronto. #jeffbeck encore’s next. pic.twitter.com/8bbxgejawX

“He’s a great actor, and he seems like a good humanitarian. I love what he does with the kids (visiting them) at the hospital. I think that’s great. His trial brought him down a bit, but (then) I thought he was in the right. I just stand by him.”