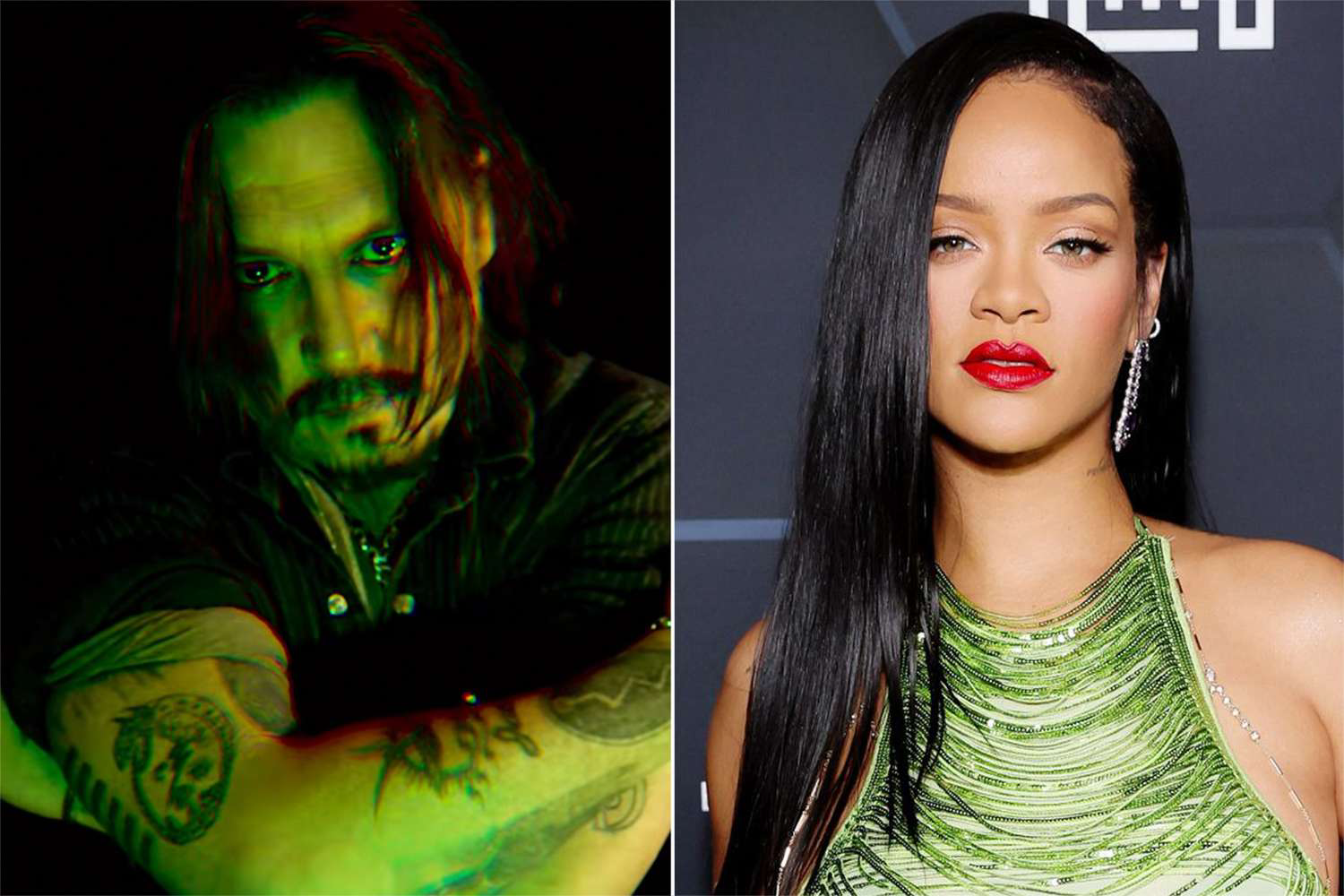 On Wednesday, the Pirates of the Caribbean actor, 59, teased his spot on Rihanna‘s Savage X Fenty Vol. 4 fashion show, now available to stream on Prime Video, with an Instagram video.

The reel captures the Golden Globe winner cast in technicolor lights while he stares into the camera. Depp also models sunglasses and a chest-revealing button-down shirt with layers of silver chain necklaces. The post has garnered over one million likes.

“Thank you @badgalriri#SAVAGEFENTYSHOW Vol.4 Out Now @primevideo,” he wrote.

The short clip offers a glimpse at Depp’s mystical segment, for which he models Savage x Fenty loungewear while walking through a misty forest to Outkast’s “So Fresh, So Clean.”

Days before the show, TMZ first reported Depp’s cameo appearance, which was later confirmed by PEOPLE.

A source told the former outlet that Rihanna and her team “invited” Depp to participate in the show and that both teams were “excited to make it happen.” As per TMZ, Depp is the “first male in Savage X Fenty show history to take the role.”

While Depp’s fashion spot has acquired excitement and support from fans (including Paris Hilton who commented a fire emoji on his Instagram post), some have spoken out against the debatable collaboration.

Years and Years singer Olly Alexander took to Twitter to express his disappointment in the Grammy singer’s brand.
On Nov. 3 he quote-tweeted PopCrave’s news, adding an exaggerated sad face. When a fan replied writing, “But, “Savage X Fenty” is you baby……. you wear it so well,” Alexander wrote back, “thank you but after this news i won’t be wearing it anymore,” despite his previous work with the brand, including a paid Instagram partnership in February. In addition to Rihanna’s celebrity-filled fashion show, Depp has made various on-screen appearances following his wins in his defamation case against ex-wife Amber Heard.

In August, he made a surprise appearance at the MTV VMAs with a brief cameo toward the beginning of the show, with his face digitally superimposed into the helmet of a floating moon person. “And you know what? I needed the work,” Depp told the crowd during one of his skits.

The appearance came months after a seven-person jury sided mostly with the actor, finding that Heard defamed Depp in her 2018 Washington Post op-ed about domestic violence, though she didn’t mention him by name. He was awarded more than $10 million in damages. Heard, meanwhile, won one of her three defamation countersuit claims and was awarded $2 million.