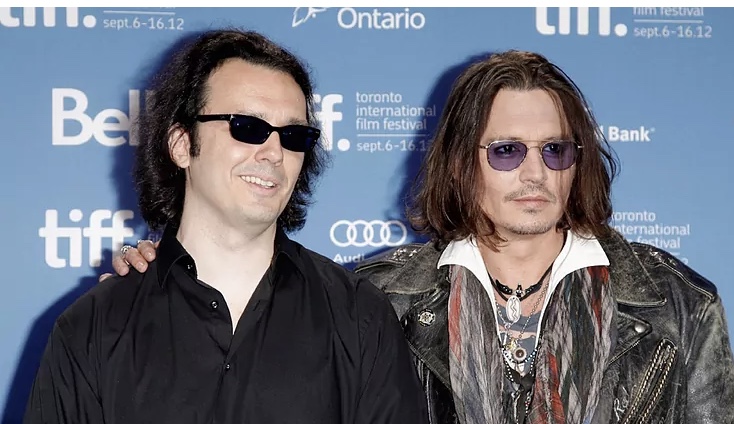 Who is Damien Echols and how does he tie in to the latest season of the Netflix hit series?

Following the decision in his defamation case against his ex-girlfriend Amber Heard,Johnny Depp said he feels like he has regained control of his life.

Damien Echols is one of them; he once remarked that after Depp’s release, he felt “like a brother” toward him.

Damien Echols, the West Memphis Three and their ties to Stranger Things season 4

In West Memphis, Arkansas, Echols was a teenager when police charged him and two of his friends with a horrifying triple homicide. Three children were victims of the 1993 crime, and three teenagers were the main suspects, according to investigators.

According to some, the prosecution team built its case on the widespread “Satanic Panic” of the early 1990s. Investigators connected the alleged ritualistic elements of the crime to their adolescent interests. A court was forced by the argument to find them guilty for questionable justifications.

In 1994, they were sentenced to death row and later became known as the West Memphis Three. But as new tests became available over time, the veracity of their involvement in the crime started to be called into question.

Hollywood celebrities like Johnny Deppbecame interested in the case after watching the chilling true-crime documentary Paradise Lost: The Child Murders at Robin Hood Hills. It took a lot of work to persuade a court to examine the evidence again carefully in light of new scientific knowledge.

The West Memphis Three spent about 18 years on death row before being released in 2011. They partially achieved that by using the funds raised by celebrities to cover test costs and legal expenses. But they also used an Alford plea.

The Alford plea allows the individual using it to maintain their innocence while still being treated as a guilty plea for sentencing.

The story’s familiar elements may be noticed by some Stranger Things fans. And the reason why is that they were employed in the fourth season of the series.

The Duffer Brothers said in a recent interview that “… Something we really wanted to get into this year was the ‘Satanic Panic.’ So that brought us back to the Paradise Lost documentary series with the [West] Memphis Three, and it brought us back to Damien Echols.”

“We really wanted that character who’s a metalhead, he’s into Dungeons & Dragons, he’s ultimately a true nerd at heart. But from an outsider’s point of view, they may go, ‘This is someone that is scary.’ So that’s really where the idea for Eddie came in.”

How does Johnny Depp tie in with Damien Echols?

Depp claimed the injustice against Echols was something he could not accept in an interview with the AP, so he got in touch with the defendant. Depp “didn’t just support [them] in prison,” according to Echols; he stood by them “every single step of the way.”

“We did the book signing the other night in New York, and he was there for that, you know?” Echols said to E! News. “Obviously, this isn’t helping his career in any way. This is something he is doing entirely to help me.”

“We’ve grown to love him dearly. He’s become like a brother to me,” he said of his friendship Johnny Depp. They even got matching tattoos.

He has pushed for the 1993 case’s evidence to be retested ever since Echols was freed. He stated that he hopes to establish the innocence of himself and his co-defendants and secure justice for the victims.

Johnny Depp Showered In Bras And Panties After Oslo Concert

Pirates Of The Caribbean Ride Reopens With Johnny Depp’s Captain Jack Sparrow Intact At Disneyland & This Could Be A Major Hint Of A Comeback!