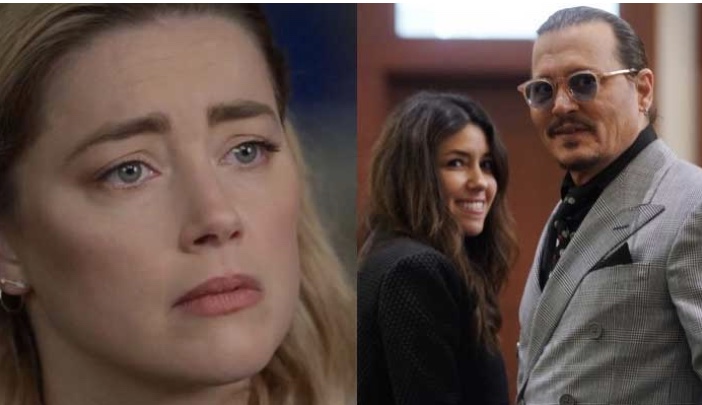 Camille Vasquez says 'in order to protect Johnny Depp's interests, we have to respond to Amber Heard's appeal with his own appeal'

Johnny Depp’s attorney Camille Vasquez opened up about their decision to appeal the verdict in defamation trial.

Vasquez, one of Depp’s attorney, spoke to “CBS Mornings” co-host Gayle King about their decision to appeal the verdict.

Last week, Heard notified a Virginia court that she will appeal the $10.3 million settlement she was ordered to pay her ex-husband.

You may also like: Amber Heard Files For Bankruptcy: Does She Wants To Avoid Paying Johnny Depp At All Costs?

In response, Depp’s team also filed a notice of appeal after the jury found him liable and ordered him to pay his former wife $2 million.

“Do you have to plan a strategy to respond to that?” King asked.

“Absolutely,” Vasquez said. “And we did. Mr. Depp ended up filing his own appeals so that the court could have the full record. And – he insists on continuing to litigate this matter. We have to protect our client’s interest.”

Vasquez said Depp’s team wouldn’t have appealed if Heard hadn’t. And, Vasquez added, “this was never about the money for Mr. Depp.”

“But in order to protect his interests, as his representative, we have to respond to the appeal with his own appeal,” she said.

Following the initial verdict, Depp posted a video to TikTok thanking his supporters and emphasized that “we will all move forward together.”

“How do you heal and move on when both sides are still in court arguing?” King asked.

“It’s pretty standard legal procedure,” Vasquez said. “We just are hopeful that the court will uphold the verdict, which we think was the right verdict, and allow both parties to move on.”

“Because some could say, Camille, ‘Well, it sounds a little tit for tat-ish,'” King remarked.

“It does,” Vasquez said. “But it’s not. I mean this, again, this is a very standard legal procedure. If she is insisting on appealing, we have to be able to have the court have the full record.”

In an interview with NBC last month, Heard said she “paid the price” of speaking truth to power and accused Depp’s team of distracting the jury from the real issues of the case.

Asked about those comments, Vasquez said, “The jury didn’t feel that way. And the verdict speaks for itself.”

Amber Heard Files For Bankruptcy: Does She Wants To Avoid Paying Johnny Depp At All Costs?