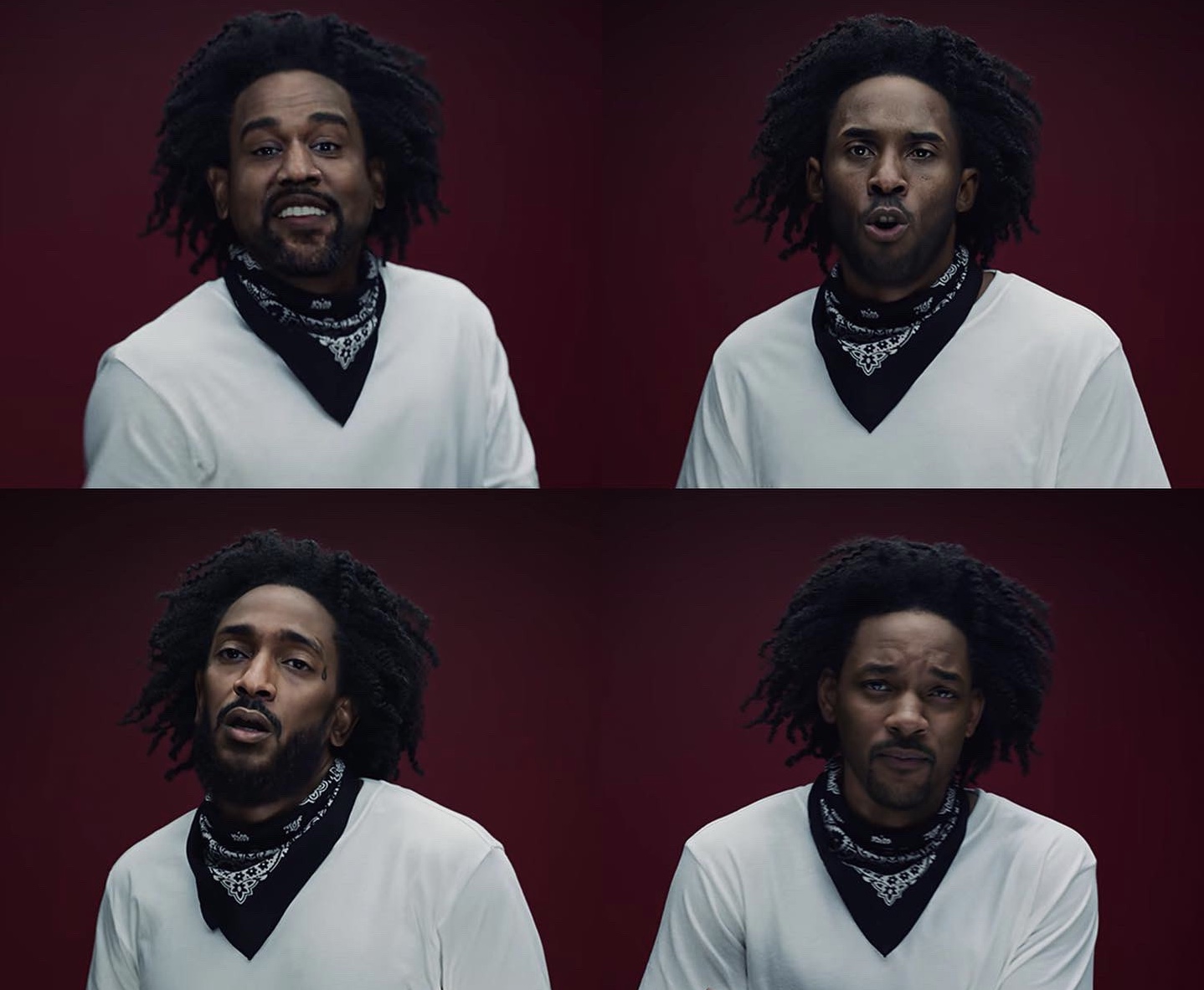 Kendrick Lamar has dropped his comeback single and video in “The Heart Part 5,” and fans can’t stop talking about the song’s third verse.

With his return, K-Dot pays tribute to late Nipsey Hussle, as his face in the visual transforms into a deep fake of Hussle. The entire video sees Lamar morphing into popular figures like Kanye West, OJ Simpson, Jussie Smollett, and Kobe Bryant, but the tribute to Nipsey is what seems to be guiding the last chunk of the track, as well as fan conversation.

The song, which samples Marvin Gaye’s 1976 classic “I Want You,” closes off on the second half of the third verse with several lines that are evidently from the perspective of Nip, who was murdered on March 31, 2019, when K. Dot was performing in Argentina.

Lamar then sends a message to “the killer that sped up my demise,” rapping from the perspective of Hussle that his murderer is forgiven, but his “soul is in question.”

“I seen the pain in your pupil when that trigger had squeezed,” K-Dot spits. “And though you did me gruesome, I was surely relieved. I completed my mission, wasn’t ready to leave. But fulfilled my days, my Creator was pleased.”

The verse continues with a request to be celebrated “with respect” and for “unity” to be protected, as Lamar makes an apparent reference to Nipsey’s brother Samiel Asghedom, a.k.a. Blacc Sam.

“And Sam, I’ll be watchin’ over you. Make sure my kids watch all my interviews. Make sure you live all the dreams we produce,” he raps. “Keep that genius in your brain on the move. And to my neighborhood, let the good prevail. Make sure them babies and their leaders outta jail. Look for salvation when troubles get real. ‘Cause you can’t keep the world until you help yourself. And I can’t blame the hood the day that I was killed. Y’all had to see it, that’s the only way to feel. And though my physical won’t reap the benefits. The energy that carries on emits still. I want you.”

These emotional lines from Kendrick have fans picking apart their meaning and reflecting on the legacy of Hussle as they await the entirety of Lamar’s fifth studio album. Before Mr Morale & The Big Steppers—K-Dot’s final offering on Top Dawg Entertainment and first on pgLang—hits streaming services on Friday, May 13, check out what fans and other creatives are saying about Lamar’s ode to Nip below.

me after watching that transition from kobe to nipseypic.twitter.com/6gUO7uycvC

-Kendrick Lamar rapping from the perspective of Nipsey Hussle talking to the man who shot him. Chills.

Related Topics:EntertainmentKendrick Lamar
Up Next

Report: Mother’s Day Should Be Renamed, Transgender Men Can Now Give Birth