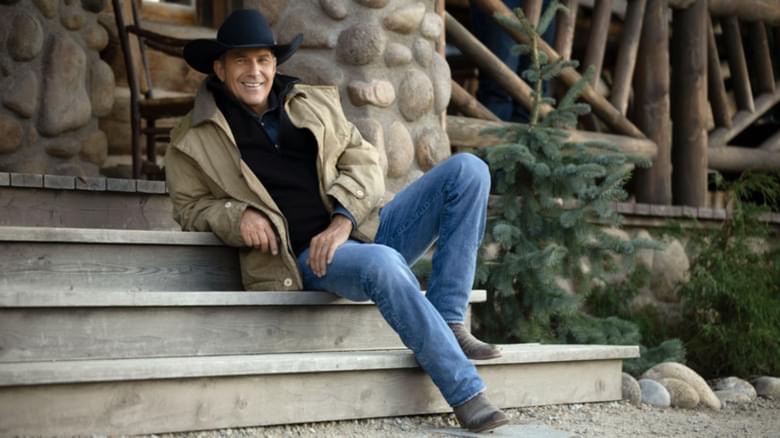 According to The Hollywood Reporter, Kevin Costner secured a nomination for his Yellowstone role in Golden Globes’ Best Actor in a TV series- Drama category. He is going up against Jeff Bridges for The Old Man; Diego Luna for Andor; Bob Odenkirk for Better Call Saul; and Adam Scott for Severance.

Kevin Costner currently has two Golden Globe awards for other acting roles. He won 2013’s Best Performance by an Actor in a Miniseries or Motion for Television for his role in Hatfields & McCoys. He also received Best Director – Motion Picture for Dances With Wolves in 1991.

Kevin Costner and the rest of the Yellowstone cast received an Emmy nomination earlier this year. He spoke about the recognition following the news. “You always hope that your work’s not disposable,” he told ABC’s Good Morning America. “But we’ve been working for four years. So I think the lesson there is we worked just as hard the first year and the second and the third year and nothing changes with this.”

Kevin Costner’s Yellowstone co-star Kelly Reilly also spoke about the Emmy nomination. “I personally feel excited that we’re in those conversations right now,” she said. “Because I think we deserve to be. But at the same time, I know all of us go work for the character and the show.”

Kevin Costner Opens Up About ‘Yellowstone’ Success And When He’ll Be Ready to Exit the Franchise
As previously reported, Kevin Costner opened up about Yellowstone success as well as when he’ll be leaving the TV franchise.

“I’ll go till it doesn’t feel like we’re interesting,” Kevin Costner explained. “And right now we have our foot on the gas and that feels OK to me. I have interests that are outside of everything I do, including the movies; so I have other things that I want to do.”

Kevin Costner said that he is happy that the show and his co-stars are receiving recognition for their strengths. “I think we’ve been doing the same work from the first season; and I think that’s number one — been really important to me. The recognition comes if the writing stays strong. Keep doing what we’re doing, and then people catch up to you in your life.”

Kevin Costner then spoke about the popularity that Yellowstone is now getting. “I’ve always said it’s not hard to be popular, you can do things to get noticed or whatever; but if you’re aiming for relevance in your own life, you have to do things that are important to you. If the world gets in sync with your life, how great is that? But if you’re always chasing an idea that’s already working, and put a spin on it, there’s a business to that.”

Fake and expired goods: Togolese government warns consumers to be more vigilant as the year ends