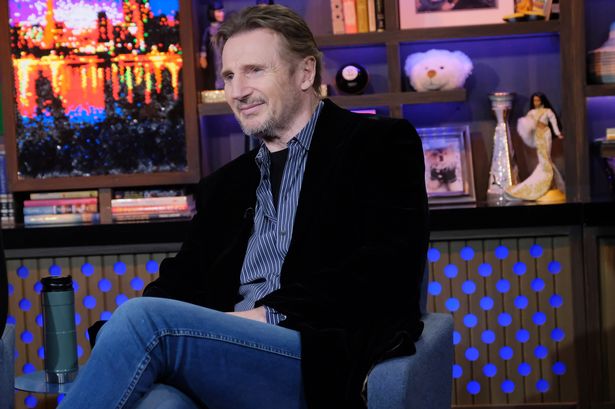 NI actor Liam Neeson is known for his tough guy role in the Taken trilogy.

But behind the scenes, the now 70-year-old was crippled by “agonising” cramps in his left, which the actor later found out were caused by drinking too much caffeine.

The Ballymena man has become increasingly known as a star of action thriller films, which has continued into his more recent career with his latest project Memory, which was released in April 2022, focusing on an expert assassin who becomes a target of a criminal organisation.

Away from the action Neeson, has been supporting fellow Irish star Eamonn Holmes with his chronic pain, after the broadcaster suffered from a bout of his own, reports Irish Mirror.

Liam once reportedly told Holmes whilst the pair sat next to each other on a plane: “Rest is rust and motion is lotion.”

The actor, who recently delighted fans with a surprise cameo in Derry Girls, spoke out about his own pain with leg cramps a few years ago.

At the time the star told Radio 5 Live: “I was getting shooting pains in my leg, cramps in the middle of the night. The pain made me cry it was agonising.

“A friend of mine set me up with this massage therapist who does all the dancers on Broadway and he worked on me.”

In a substantial amount of pain Neeson was desperate to get some help to relieve his cramps, which a massage therapist was able to do, Express UK reports.

“He got rid of lactic acid crystals in my leg and afterwards,” the star added, revealing more about his condition.

When lactic acid accumulates in the muscle, it forms into crystal shapes. The longer the muscle remains tight, the bigger these crystals become.

This increased denseness in the muscle restricts the blood flow, meaning that muscle is not able to get its waste products flushed out as well in comparison to when the muscle is relaxed.

Lactic acid is a major waste product of muscles, hence why it builds up when muscles are tight for long periods of time.

Huddersfield Sports Massage Therapy explains that when lactic acid accumulates, no amount of drinking liquids can flush it out. The majority of this acid is trapped by muscles staying tight 24/7.

These crystals then rub against pain-sensitive muscle fibres in the area of the affected muscle causing severe pain, and over time debilitating symptoms on the body as essential nutrients cannot be delivered.

The Mayo Clinic explains that lactic acids usually builds up in muscles as a result of overuse and dehydration, but for Neeson, a significant amount of build-up was apparently due to his caffeine consumption.

“[The therapist] said ‘do you drink a lot of caffeine?’ and I said yes I do,” Neeson explained.

“He said ‘I would maybe drop it if you can and switch to decaf’ and I did.

“And the cramps disappeared by 90 percent.”

After giving up caffeine and seeing the positive effects it had on his painful cramps, Neeson went on to admit that he is now “addicted” to decaf tea, a safe option in comparison to coffee.

Research from Graham and Spriet found that blood glucose concentration increases during exercise, specifically endurance exercises such as long-distance running. This is crucial to explain the accumulation of lactic acid, as when the body is low in the oxygen that it needs to convert glucose into energy, it instead creates lactic acid.

This is connected to caffeine as most researchers have shown that the concentration of blood lactate increases after caffeine consumption.

Due to this, individuals should be aware of how much caffeine they consume in a day. According to The Mayo Clinic, up to 400mg a day is safe for most adults. This is roughly equivalent to the amount of caffeine in four cups of brewed coffee, 10 cans of cola or two “energy shot” drinks.

For those who consume too much caffeine on a regular basis, they can experience certain symptoms and worrying health problems including:

One of the main ways in which individuals can prevent lactic acid crystals from forming is to drink water and stretch before and after exercising. The Mayo Clinic also recommends regulating caffeine and protein intake, swapping for more fruit and vegetables if needed.

Related Topics:EntertainmentLiam Neeson
Up Next