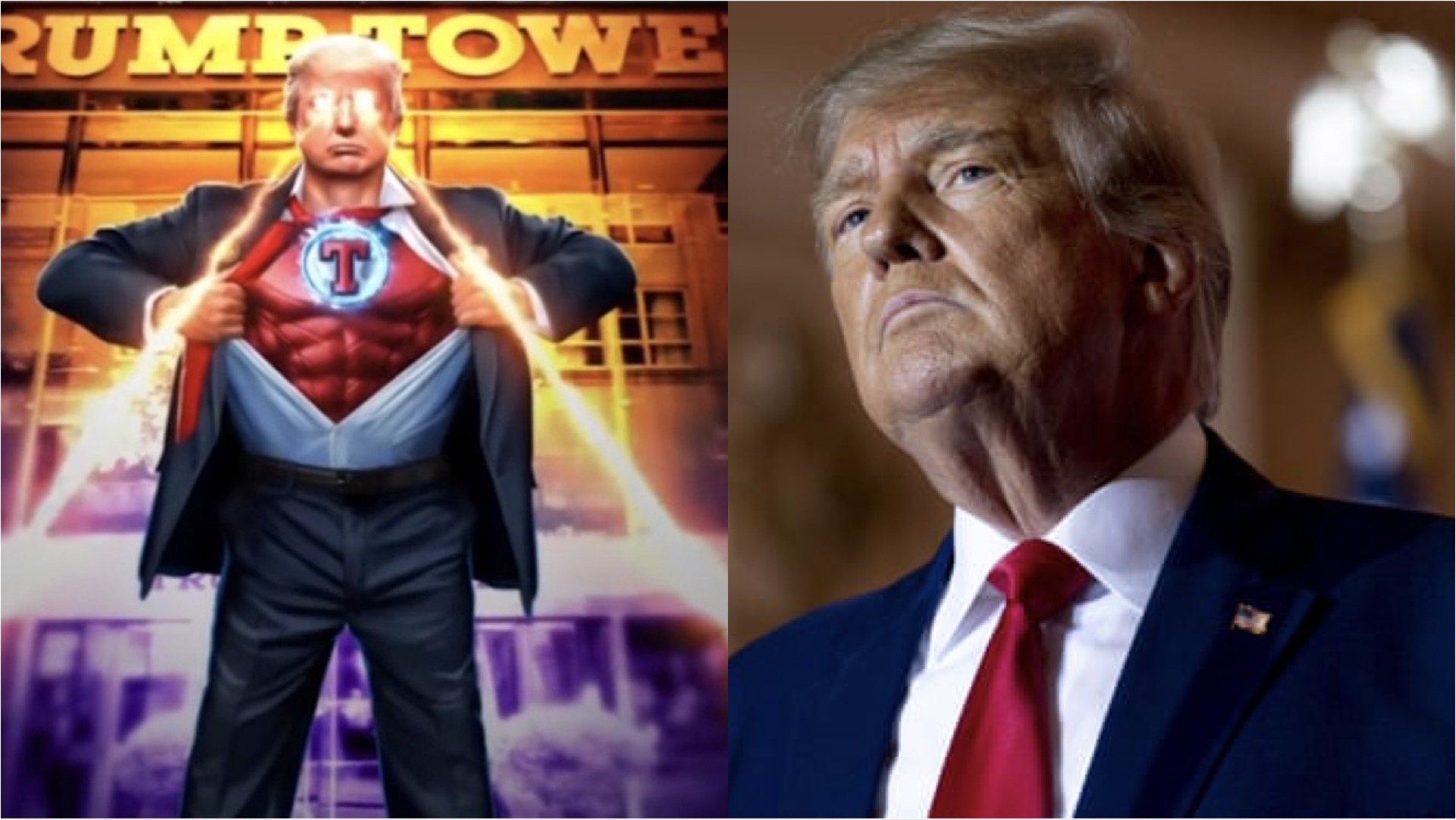 Donald Trump walked into a comic-book universe of internet mockery on Thursday, when in a carefully trailed announcement he introduced his “official Donald Trump Digital Trading Card” collection with a picture of himself in superhero costume, cape and “Trump Champion” belt.

“Just when you thought this grifter couldn’t humiliate himself any more than he already has,” wrote John Kiriakou, a CIA whistleblower turned author, “there’s this.

THIS is what the big announcement was.”

On Wednesday, Trump used his Truth Social media platform – set up after he was thrown off Twitter for inciting the Capitol attack – to trail a “major announcement”.

Just when you thought this grifter couldn't humiliate himself any more than he already has, there's this. THIS is what the big announcement was. pic.twitter.com/npsjPNYpBA

In what with hindsight appeared a clue that the forthcoming announcement might not be in the traditionally dignified vein of statements from former presidents, that video featured Trump saying “America needs a superhero” over an animation of himself standing outside Trump Tower, ripping open his suit to reveal a superhero costume and shooting lasers from his eyes.

Some social media users thought Trump might announce a bid to be speaker of the US House, an outlandish if theoretically possible gambit pushed by some rightwing Republicans.

Others wondered if Trump was attempting to ape the “Dark Brandon” internet meme, in which Joe Biden – who beat Trump resoundingly at the ballot box in 2020 – is shown as a super-competent comic book figure with laser vision.

Donald Trump making a “major announcement” tomorrow. Unless it’s “I’m guilty, and turning myself in”, no one cares. pic.twitter.com/dJvyh1X4xV

But when the announcement came on Thursday, Trump said he was merely offering supporters “limited edition cards featur[ing] amazing ART of my Life & Career”, which he promised would prove “very much like a baseball card but hopefully much more exciting”.

“GET YOUR CARDS NOW!” the 76-year-old former president commanded, above the picture of himself standing in a ring for boxing or wrestling, muscles rippling under a red leotard and wearing high blue boots emblazoned with “45” (his presidential number) and an American flag as a cape.

The cards, the declared candidate for the Republican nomination in 2024 said, cost “Only $99 each” and “would make a great Christmas gift”.

“Don’t Wait,” Trump added. “They will be gone, I believe, very quickly!”

Trump’s need for funds has increased recently, amid unprecedented legal jeopardy over his business and political affairs.

He has also taken a battering in polls regarding the GOP nomination in 2024, slipping behind the Florida governor, Ron DeSantis, in surveys carried out by USA Today, CNN and the Wall Street Journal.

Ginger Gibson, senior Washington editor for NBC Digital, wrote: “Donald Trump’s ‘major announcement’ appears to be that he still thinks people will give him $99 when he asks.”

Sarah Rumpf, a contributing editor to Mediate, a media watchdog, said: “This is somehow hilariously dumber than even I had expected.”

Related Topics:Donald Trump
Up Next