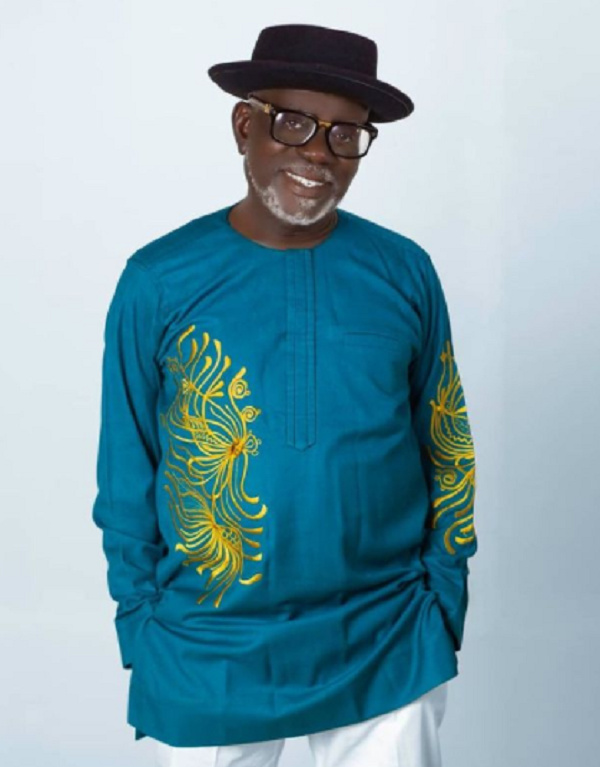 According to him, producers prefer to pay the young and recent crop of actors better than the older ones.

In a recent interview on Asaase Radio, Fred Amugi stated, “Even now when they (movie producers) call you and you charge them, they will refuse and prefer to pay the new actors bigger money than we the so-called veterans and I think it is not good.”

The actor was talking about the movie industry not being financially rewarding.

“From the time I started till now, it is the passion that sustains me in the industry. Financially, it hasn’t been too good. What are the younger people coming to accomplish that I haven’t already done, and it’s not that I’m now coming to leave my imprint in the sector now,” he said.

Fred Amugi’s call comes after that of colleague veterans in the industry, Paulina Oduro and Mama Jane who recently complained bitterly about their financial situations years after making several appearances on national television.

Related Topics:
Up Next

Why BTS deserves a Grammy 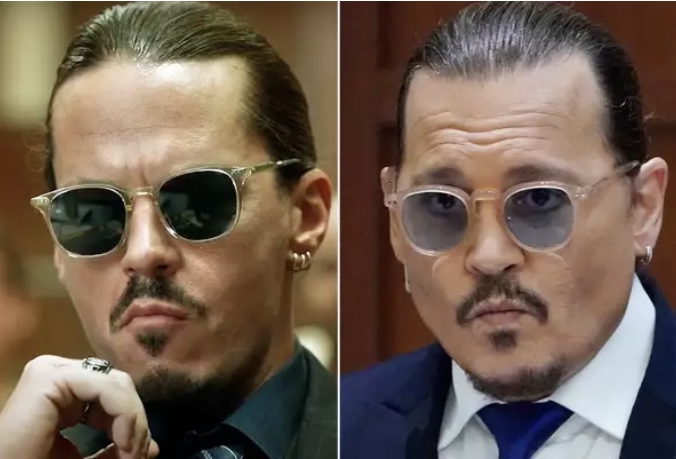 Hot Take: The Depp/Heard Trial will debut on Tubi.

Just four months after the verdict was rendered, Johnny Depp and Amber Heard’s defamation trial is set to be sensationalized even further with a new movie, and EW has your exclusive first look at the bonkers trailer.

The trailer features familiar touchstones from the trial, including Depp’s courtroom nonchalance, the intense scrutiny of Heard on social media, and yes, even a reference to James Franco — who was included on Heard’s witness list but never called to testify.

“It’s day one of the Depp vs. Heard defamation trial; though fans are showing support for both sides, there’s clearly a favorite here,” a reporter says in the trailer, referencing the Depp devotees who traveled from far and wide to attend the hearings and camp outside the courtroom.

Following a six-week trial in June, a seven-person jury determined that Heard intentionally and maliciously defamed Depp when she wrote a 2018 Washington Post op-ed identifying herself as a public figure representing domestic abuse. Heard’s team filed to appeal the verdict in July after a motion for a mistrial was denied.

“We believe the court made errors that prevented a just and fair verdict consistent with the First Amendment,” a spokesperson for Heard said. “While we realize today’s filing will ignite the Twitter bonfires, there are steps we need to take to ensure both fairness and justice.” 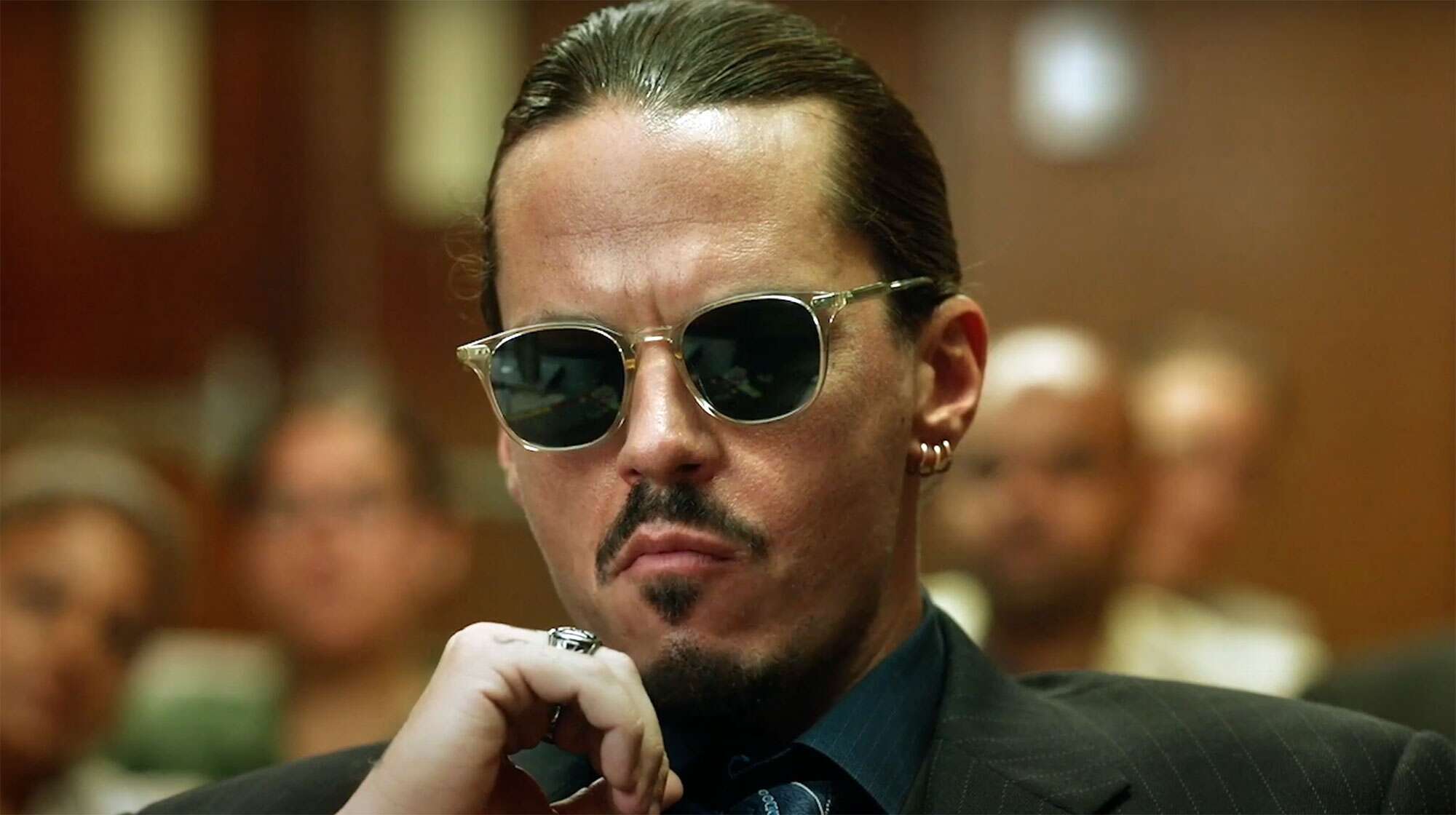 When reached for comment on the appeal, Depp’s spokesperson told EW, “The jury listened to the extensive evidence presented during the six-week trial and came to a clear and unanimous verdict that the defendant herself defamed Mr. Depp in multiple instances. We remain confident in our case and that this verdict will stand.” 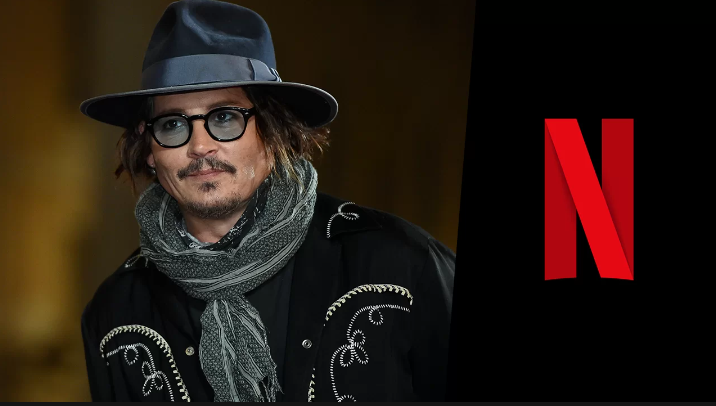 After months of a televised trial and endless media coverage, maybe you’re tired of hearing about Johnny Depp. If so, you’re in a tiny minority, as it seems people can’t get enough of the Pirates of the Caribbean actor. Many are going back through the 59-year-old’s film history and rediscovering his underappreciated work, including the romantic drama Chocolat, which hits Netflix on October 1.

The film was a surprise hit in 2000, earning five Academy Award nominations, including Best Picture, Best Actress (for Juliette Binoche) and Best Supporting Actress (for Judi Dench). The film, from director Lasse Hallström (The Cider House Rules) and based on the novel by Joanne Harris, tells the story of single mother Vianne Rocher (Binoche) and her six-year-old daughter Anouk (Victoire Thivisol) who open a chocolate shop in a small village in rural France in 1959 and causes a furor in the straight-laced town. Johnny Depp stars as Roux, a gypsy who sails in on a boat on the town’s river and proceeds to sweep Vianne off of her feet.

Although Chocolat is a romantic drama, its charm is in its comedy, as the star-studded cast give the film a quirky twist so few films are able to capture. When Vianne’s chocolate shop opens across the street from the church (and dares to be open on Sunday) in the middle of the Lent season, it becomes a forbidden sensation among the townspeople, who savor her exquisite treats and open up their personal lives to her sympathetic ear. 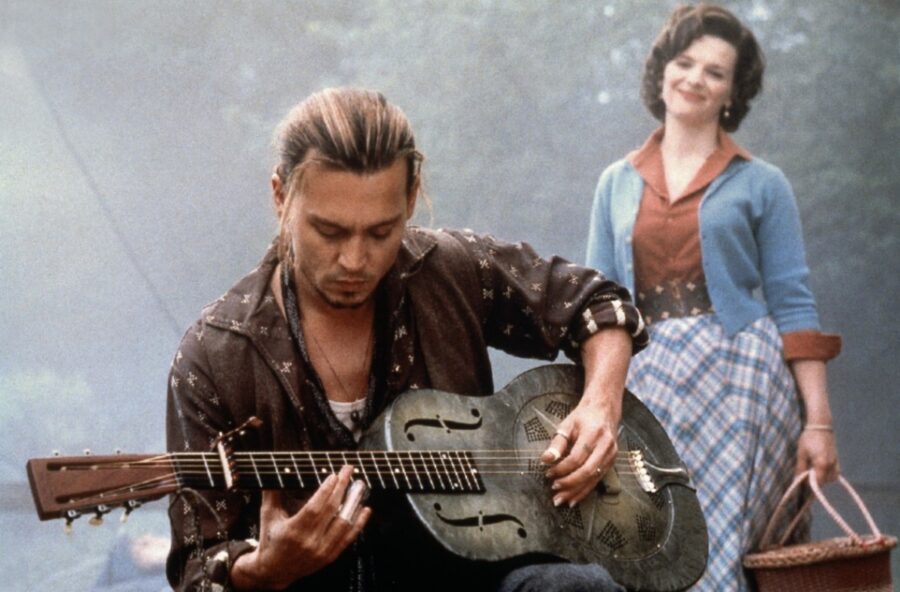 The town’s mayor, played by Spider-Man: No Way Home actor Alfred Molina, doesn’t care for Vianne and her ways, and attempts to undermine her business and her standing in the community. Johnny Depp’s Roux is also unwelcomed, but he manages to win over not just the town, but Vienne herself. Roux fancies himself as a river-rat without a care in the world, and you see some of the beginnings of the charming pirate persona he would bring to Jack Sparrow just three years later.

Joining Johnny Depp in the film is Judi Dench (James Bond’s M) as Armande Voizin, Vianne’s landlord who tries to reconcile with her daughter Caroline (played by Carrie-Anne Moss of The Matrix movies) in the confines of the sweet shop. Alias alum Lena Olin (who is married to director Hallström) as an eccentric who is pulled out of her shy shell by Vianne, and character actor Peter Stormare (Fargo, Prison Break) plays her abusive husband.

Surprisingly, even though Johnny Depp gets second billing in the film, he doesn’t actually appear on-screen until nearly halfway through the two-hour film. At the time, Depp was coming off of playing Ichabod Crane in Tim Burton’s Sleepy Hollow the year before, and his next major role was in Blow, showcasing the wide range of roles Depp was able to portray.

Exteriors for the movie were filmed in the French town of Flavigny-sur-Ozerain (hundreds of village residents were employed as extras), although a number of scenes were filmed at studios in England. Although Johnny Depp lived in France at the time (with his then-partner and French actress Vanessa Paradis), not a single scene he appears in was filmed there, but rather in England. Judi Dench never set foot in France to make the film, as all of her scenes were shot in Great Britian. 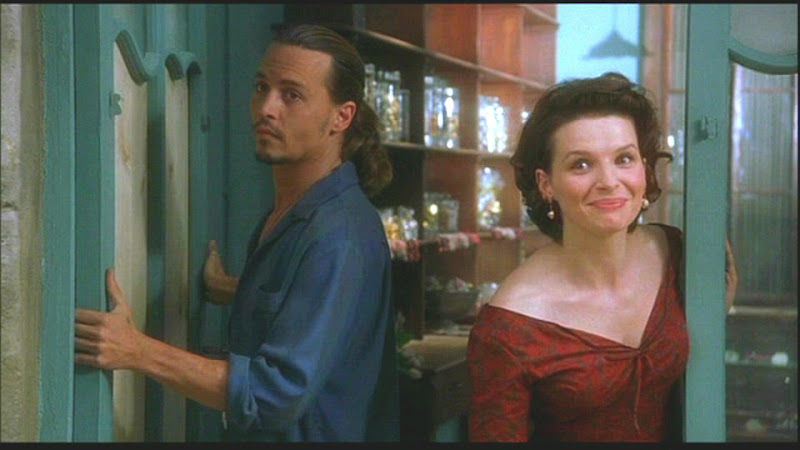 Depp also admitted that he wasn’t a fan of the gourmet chocolate featured in the film, preferring the cheaper, store-bought milk chocolate popular in America. He was actually allergic to chocolate for most of his childhood, finally overcoming it as an adult.

Although it was a surprise Oscar contender (it ended up not winning a single one), critics were less than enthralled: it earned a 63% rating from Rotten Tomatoes, although audiences rated it much higher, at 83%. The cast received high marks, including Johnny Depp, although many critics noted his less-than-convincing Irish accent is a bit distracting. The British accent he used for Jack Sparrow, inspired by Rolling Stone member Keith Richards, fared much better with critics.

The film had a limited opening in December of 2000, but had a wide release in January of 2001, eventually earning over $71 million in the United States and over $152 million worldwide. 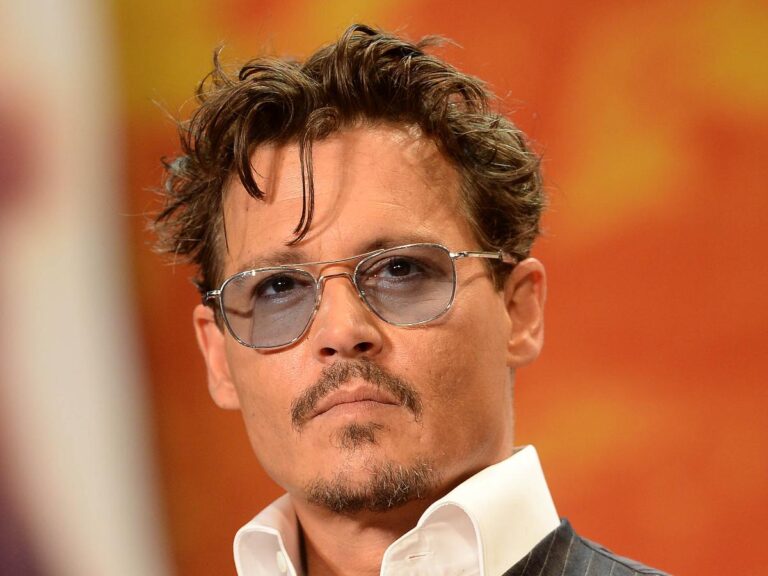 Disney unceremoniously dumped Johnny Depp due to allegations Amber Heard made against the actor. In light of the events that unfolded since then, fans are outraged at the franchise’s lack of an official apology.

Many worldwide anticipated Johnny Depp’s highly publicized defamation trial against Amber Heard, which went on for months in 2022.

There was a division of sides, with many taking the actors and starting the #JusticeForJohnnyDepp campaign on social media platforms.

and, for Depp, to some extent, damaged. He was also cut off from one of his most recognized film franchises, “Pirates of the Caribbean,” a decision made by Disney.

Why do fans think Disney needs to apologize to Johnny Depp?

After Heard’s alleged statements that suggested Depp was abusive towards her, Disney executive Sean Bailey told Depp that he could no longer be cast for the film franchise’s sequel, which would have generated the actor $22.5 million. Depp said:

“These characters should be able to have their proper goodbye. I planned on continuing until it was time to stop.”

Depp built his on-screen character, Captain Jack Sparrow, from the ground up and contributed much to the film’s success. Following Bailey’s decision, Depp could not understand how Disney found him guilty until proven otherwise.

Besides his role in the hit action film, Heards claims also affected Depp’s reputation in the entertainment industry and the general public.

However, the court has ruled toward Depp, finding parts of Heard’s article libelous. Fans believe Disney should retract their decision to fire Depp from the film and apologize to the actor.

Unconfirmed rumors have it that Disney has done as fans wanted, but there hasn’t been any official confirmation that they apologized to Depp nor returned his roles.

What Did Fans Say about Disney’s Apology?

Fans believe that Disney quickly believed Heard’s claims without waiting for the legal process. One fan took their anger to Twitter and said:

“Until Disney formally and openly apologizes to Johnny Depp and any other person harmed by lying people out to harm them, with no proof……I won’t be supporting Disney. I think Walt would be sad.”

Another fan hoped that Disney would realize that firing Depp was a huge loss and would have him play Jack Sparrow and Mad Hatter again.

However, more fans were outraged when Depp’s face was reportedly used during the “Pirates of the Caribbean” light show at Disneyland.

Experience all the Madness in 10 days. Marvel Studios' #DoctorStrange in the Multiverse of Madness arrives only in theaters May 6. Get tickets: https://t.co/suRCkbpUsW pic.twitter.com/xuO9cpBk1x

The video of the light show immediately went viral, with several social media users calling out Disney for their actions.

Should We Expect Johnny Depp to Collaborate with Disney?

According to experts, Depp and Heard might not have roles immediately following the defamation case. However, the trial will significantly impact the actress’ career, given the court’s decision and media coverage throughout the case.

In the US- conducted survey, most respondents aware of the trial voted that Depp should remain in his future productions. It is highly possible that independently financed films would hire Depp rather than studios.

“There is plenty of opportunity for him in the independent space,” one agency partner said. “He could make upwards of $15 million a year on those select movies.”

Given the betrayal Depp felt from Disney’s abrupt decision, it is unlikely that he would return to work for them again. He also mentioned that he would no longer agree to partake in “Pirates of the Caribbean,” given their action toward him. Johnny Depp and Amber Heard’s battle began in 2018 after her op-ed was published.