A heavily-endowed Nigerian lady, with  her Instagram name as Chioma, has caused a stir online with her large boobs  which she flaunts with reckless abandon online.

She however disclosed that she has not always been confident about her body as people used to troll and mock her and say hurtful words to her over something she can’t control.
Speaking on her struggles in a chat with LIB, Chioma disclosed that she used to wear loose clothes and tight bras to hide her boobs because she was always getting a lot of attention from people especially, men.

 
According to her, it’s always a hassle to find a bra that’s her size and sometimes she goes out without wearing one. She added that the first reaction of people when they see her is to stop and stare at her.
However, she noted that she has grown to love and accept herself the way she is.
When asked by some people if she would change anything about herself,

the content creator who runs a personal blog on social media said, “ But if my large boobs ever pose or brings a health problem for me in the future, I can always go for surgery to reduce them.”

Johnny Depp’s Net worth: How Much Money Has The Actor Made? 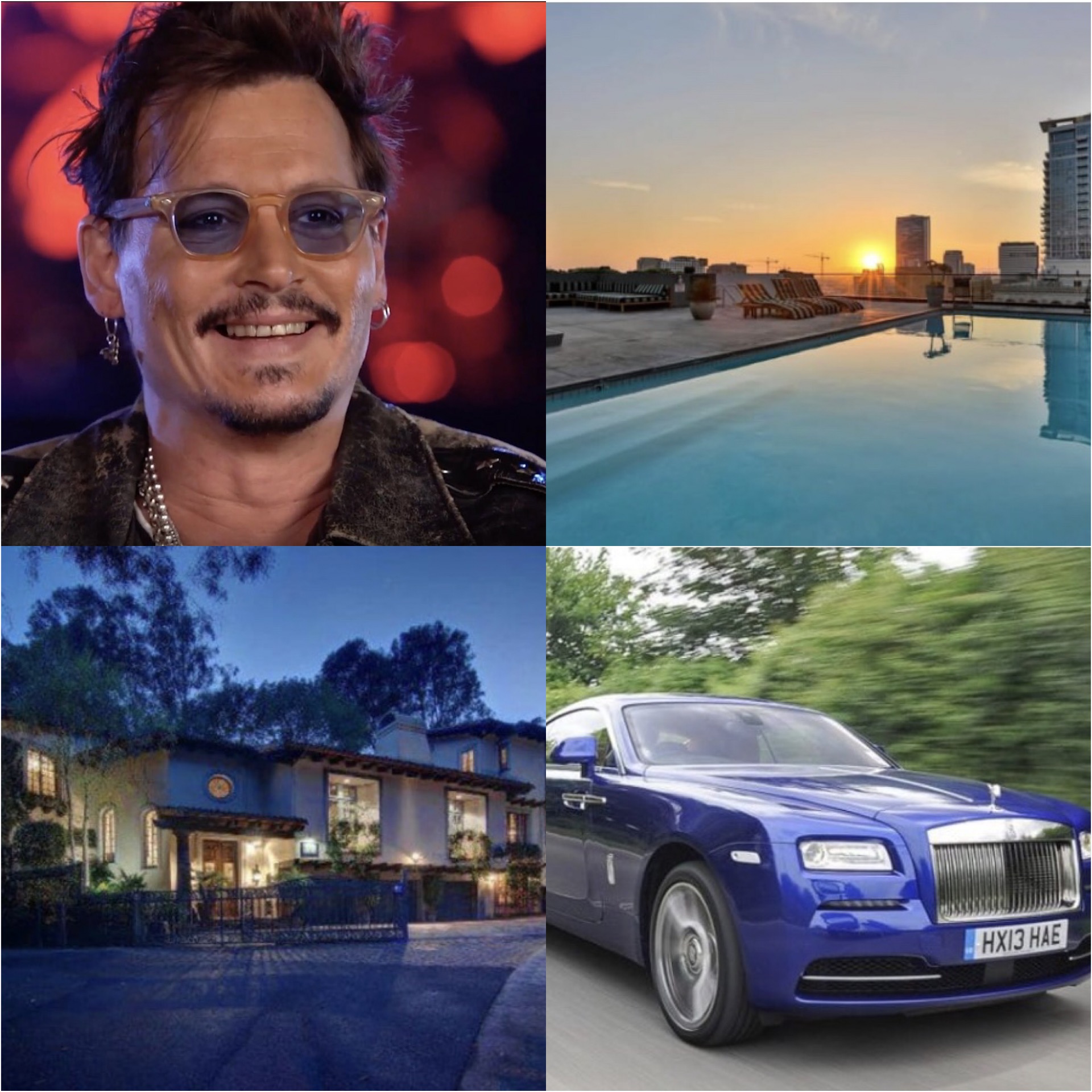 A court in Virginia ruled in favour of Johnny Depp on all three counts brought by his legal team, alleging that the actor had been defamed by ex-wife Amber Heard. As part of the ruling, Depp was awarded $15 million in compensation, while Heard’s countersuit was awarded $2 million.

Heard appears likely to appeal the verdict and will almost certainly appeal the compensatory figures given by the jury. However it seems very likely that Depp will receive a substantial payment as a result of the case, to add to his already-huge personal wealth.

Celebrity Net Worth estimates that the 58-year-old has a total net worth of around $150 million, and that figure does not include the compensation payments.

Also, vocalmedia.com has reported that the actor owns a village in the South of France, Amphitrite Yacht, Little Halls Pond Cay Island, Hollywood Hills Mansions,Somerset Mansion, Five Penthouses among others. 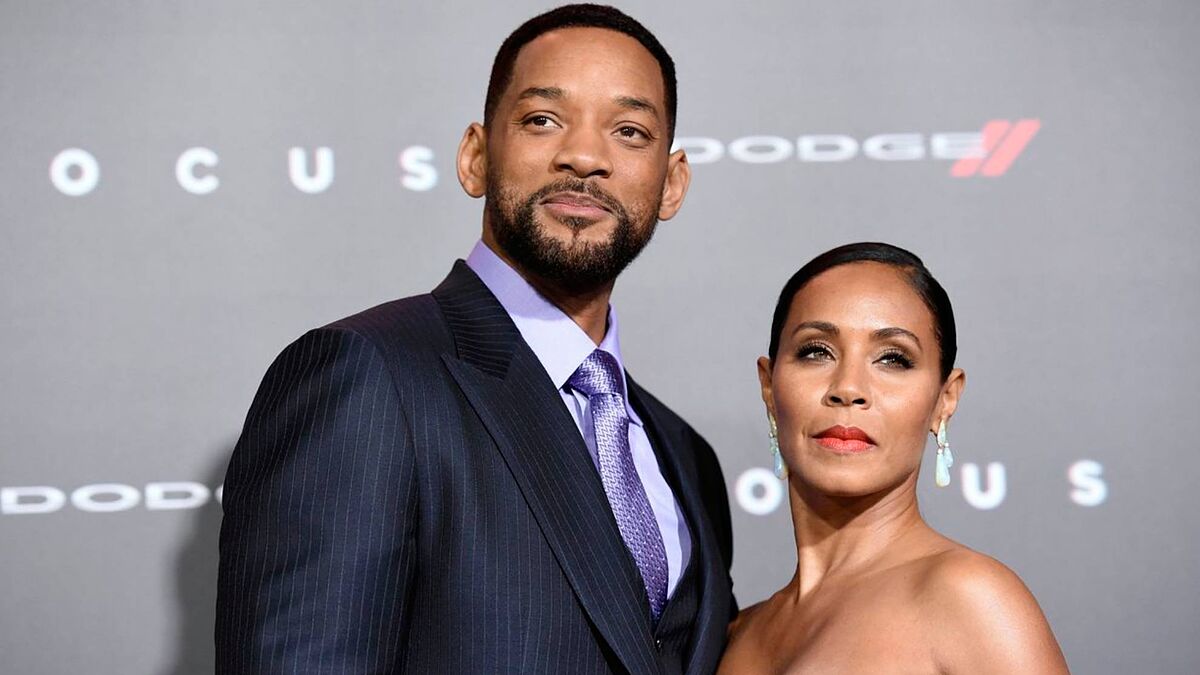 Will Smith and Jada Pinkett Smith

Will Smith has always been open about his s*x life. The King Richard actor once revealed that he fantasised about a group of celebrities.

Recall Will Smith’s November 2021 interview with with GQ where he admitted that both Halle and Misty are his fantasy crushes, and also made it known that he enjoys an open marriage with Pinkett.
The actor’s s*xual fantasies happens to be a no secret to his wife, Jada Pinkett Smith, who do not  have a problem with Smith dreaming about other women but only on one condition.

What is jada Pinkett Smith’s condition

Will Smith in an interview revealed that Pinkett only has one condition and that is,  his fantasies can’t be about women he know.

While speaking with The Mirror, the Bad Boys actor said, “Part of the deal is that it can’t be women I know.” “It has to be women at a distance, so as soon as I get to know them, I have to give them up.”

In other news  Will Smith has revealed that he had envisioned his career being ruined after consuming drugs.

Everything You Need To Know About The 27 Club 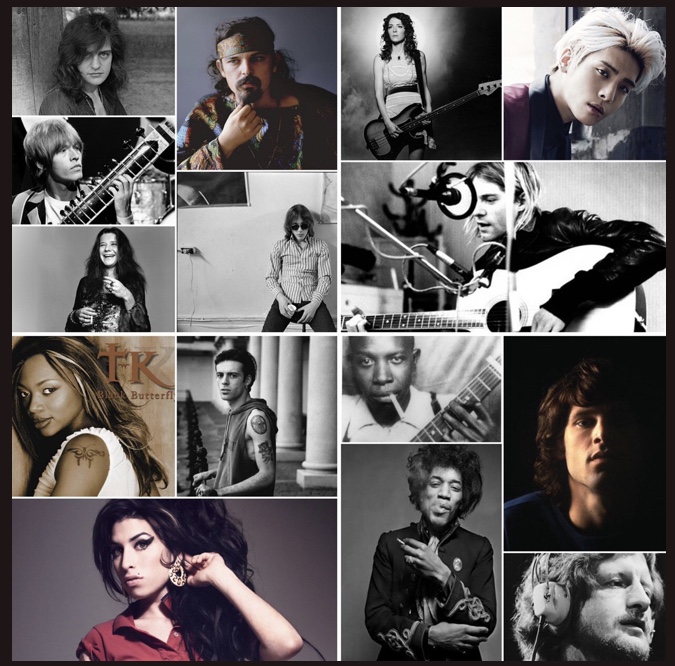 The 27 Club is so-named for musicians, artists, actors, and other celebrities who have died at age 27 due to drug overdose, suicide, homicide or accidental deaths (such as transportation-related accidents).

The 27 club consists of exceptionally talented singers and musicians who died at age 27,  between  1938 and 2011. These people would have undoubtedly influenced music history if they had lived longer . There are at least, 72  celebrities listed as far back as 1932.

Also, there are two criteria one needs to fulfill in order to become a member:

1. An artist needs to have achieved a level success before reaching the age of 27;

2. He or she needs to pass away in their 27th year

The most famous members include:

Robert Johnson, who died at age 27 in 1938, was the first member of the 27 Club. Johnson was a legendary early blues guitarist and songwriter. Hi guitar playing was so otherworldly he was said to have “made a deal with the Devil” to obtain his talent.

Jimi Hendrix was another otherworldly guitarist. His his mainstream career spanned only four year, he had global hits like Along The Watchtower, Foxy Lady and Angel. Eric Clapton in a 1968 interview with Rolling Stone said “Jimi can sing very well”.

Janis Joplin has always been extremely high on the list of the greatest and most influential female singers.She was one of the most successful and widely known female rock stars of her era, she was noted for her powerful mezzo-soprano vocals and “electric” stage presence.

Jim Morrison was a poet who named his band the Doors after the mystical poet William Blake’s “Doors of perception.”

Brian Jones was the founder and original leader of the Rolling Stones.

Kurt Cobain was the frontman for Nirvana and the group’s lead vocalist and primary songwriter.

Amy Winehouse was an immensely talented but deeply troubled English singer and songwriter.

Other members are sometimes included in the 27 Club, such as:

Other gifted singers and musicians who died prematurely at other ages:

Tim Bergling, aka Avicii, committed suicide at age 28.  He was known for  songs like Wake Me Up ( which now seems prophetic for its refrain “I didn’t know I was lost” )  Levels,  The Nights and For a Better Day.

Sam Cooke was an incredibly gifted singer and a wonderful songwriter. He he wrote one of the greatest songs of all time, to boot. Cooke died December 11, 1964,  he was shot three times in the chest in a Los Angeles shooting.

Buddy Holly was a highly influential singer, songwriter and musician. He produced some of the most distinctive and influential work in rock music. Holly’s breakthrough hit was “That’ll Be the Day,” with The Crickets in 1957. Buddy Holly was just 22 years old when he died through a plane crash.

Freddie Mercury was a great singer, songwriter and showman. He was known for his flamboyant stage persona and four-octave vocal range.  At the time of his death, he is said to have had a net worth of around £36 million ($50 million ).  Mercury died on November 24, 1991

Thus article is based on information gathered from Wikipedia, Quora and other trusted journals.