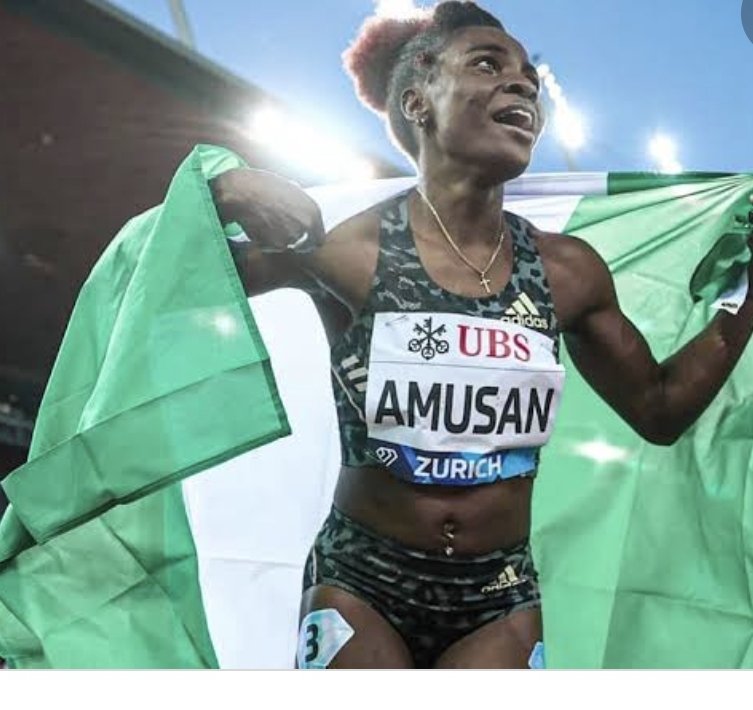 Nigerian Tobi Amusan made history on Sunday. The 25-year-old athlete won the 100 metres hurdles gold at the World Athletics Championships, marking it as Nigeria’s first gold medal in this competition.

After breaking the world record in her semifinal heat with a time of 12.12 seconds, she even made a faster time for the final. Unfortunately, this mark of 12.06 seconds didn’t count for the record books because the wind speed was over the legal limit.
On the same day, olympic champion Athing Mu added a world title to her impressive resume. 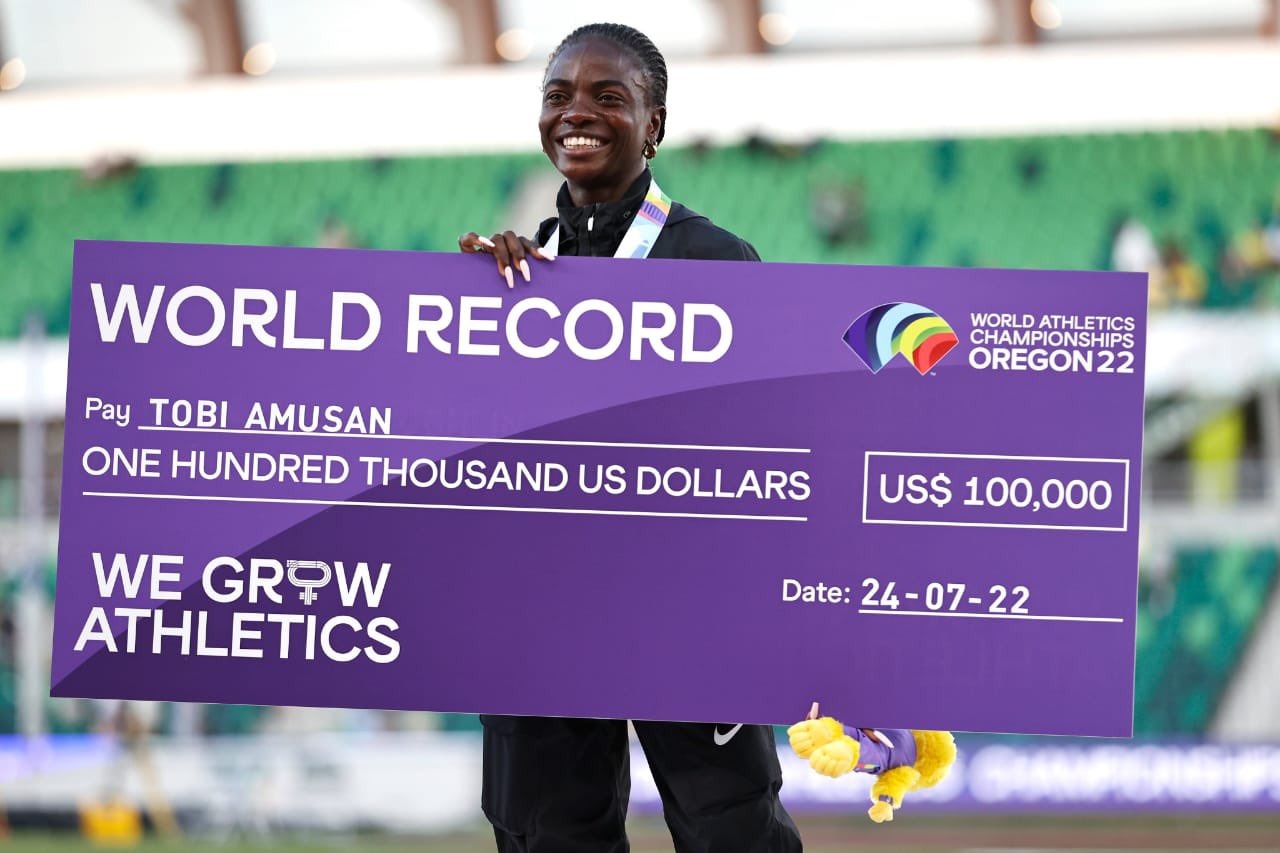 The 20-year-old American american middle-distance runner won the 800m gold narrowly beating Britain’s Keely Hodgkinson.
This title makes her the youngest woman in history to have won Olympic and world titles in an individual track and field event.

🇳🇬 Tobi Amusa runs 12.12 seconds to break the Women's 100m Hurdles World record in the semis and wins the gold🥇in the final.pic.twitter.com/PZV7EGYn51

The 22-year-old athlete sailed with ease over 6 metres 21. It is the fifth time Duplantis breaks a world record in the pole vault and the third time this year.

Related Topics:SportsTobi Amusan
Up Next 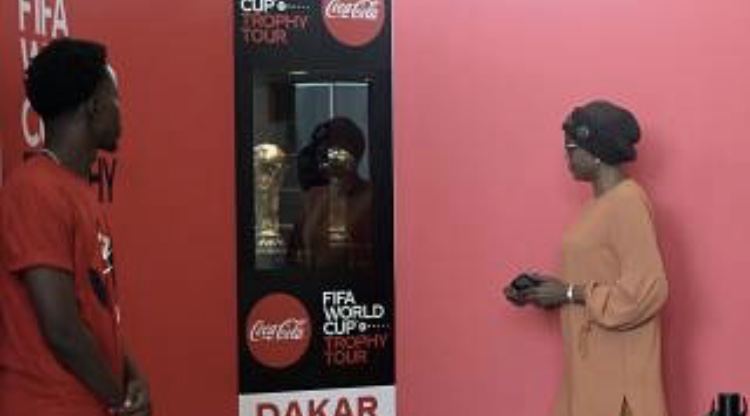 Fooball fans in Senegal have taken a glimpse at the World Cup trophy displayed at the Grand Theatre in Dakar on Wednesday as part of a tour organized by FIFA.

After winning the African Cup of Nations in February, Senegalese fans believe that the ‘Lions of Teranga’ have every chance of winning the 22nd edition of the World Cup in Qatar

“I saw the World Cup on TV and I always dreamed of seeing it with my own eyes. The trophy is very nice, look how beautiful it is. It is not for nothing that it costs almost 18 million euros. This cup must return to Senegal. Senegal must be world champions.” says Boy Marone, a Senegalese fan.

Senegal have appeared in the finals of the FIFA World Cup on two occasions, in 2002 where they reached the quarter finals, and in 2018. They were the first team in World Cup history to be eliminated using the fair play rule after being tied with Japan on the first six tiebreakers. As the current champions of Africa, there are huge expectations.

“Our wish is to go to Qatar and win. For the first time, an African country can win the World Cup and we hope that this time will be the one. In December, we’ll win the trophy, we can win it.” Alioune Ngom, another  fan says.

After Ghana and Senegal, the trophy displays in Yaounde this Thursday and Friday and will then fly to North Africa to visit the last two African countries that qualified for the World Cup: Morocco and Tunisia.

In total, the 2022 edition of the FIFA World Cup Trophy Tour will stop in 51 countries and territories, The spellbinding journey will finish in Doha, Qatar just a few days before the greatest show on Earth gets under way on 20 November 2022. 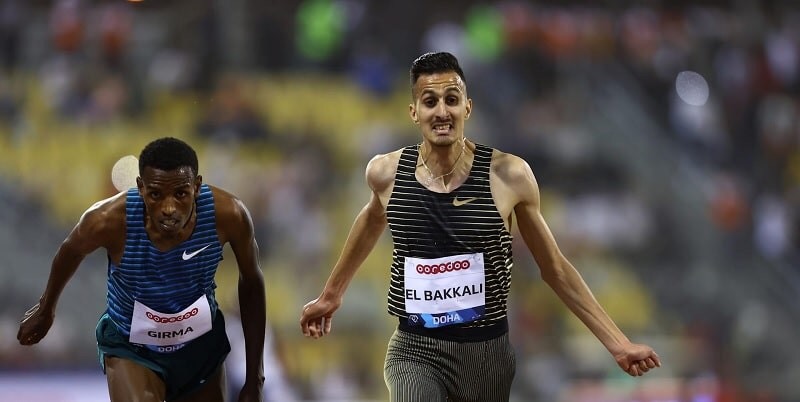 El Bakkal claimed the title with a dominant performance, as he recorded a time of eight minutes, seven seconds, and 67 milliseconds.

In July, El Bakkali was crowned world champion in the 3,000 meters steeplechase at the World Athletics Championship, which took place in Eugene, the United States.

In May, the 25-year-old athlete won a gold medal in the first phase of the 2022 Doha Wanda Diamond league.

Last year, the Moroccan runner made historyafter he won Morocco’s first gold medal in the 3,000 meters steeplechase race at the Olympic Games in Tokyo.

Ghana has not done enough to celebrate me – Asamoah Gyan laments 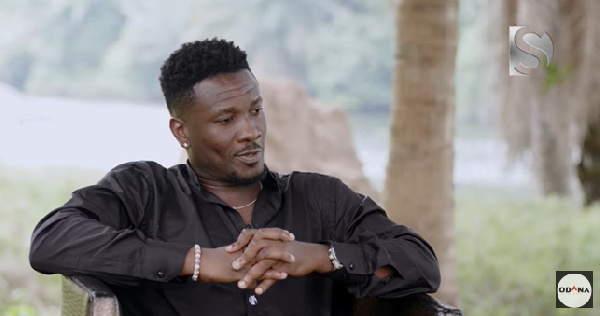 Former captain of the Black Stars, Asamoah Gyan is bruised by what he describes as the hypocritical attitude of Ghanaians who he says have done little to celebrate his achievements in football.

The basis of his opinion is the fact that social media platforms are always inundated with insults of his personality alongside the claim that his countrymen do not trumpet his records until foreigners attempt to ‘steal’ the spot for an international footballer.

The 36-year-old indicated in his interview with Dentaa that his weighty accomplishments as a footballer should be on the lips of Ghanaians while emphasizing he is an icon.

Without hesitation, he responded “Nope, I don’t think so” to whether or not he thinks Ghana has celebrated him enough years after playing for national teams.

“There are a lot of people who come on social media to disrespect me. They say a lot of things but they know the truth. One thing about Ghanaians is they know the right thing, instead of them putting it out there, they will not do it. But when foreigners praise theirs, that is where they [Ghanaians] bring their star to compare,” Gyan said.

Citing an example to buttress his point, Gyan mentioned that he was the first player to have scored in nine consecutive tournaments but that enviable record was never blazoned by Ghanaians until Cristiano Ronaldo did same in June 2021. Gyan’s bane was why it had to take an attempt by foreigners to crown Cristiano Ronaldo as a record-holder in that regard before Ghanaians acknowledged him.

“When Ronaldo scored, they [foreigners] put him there that he was the one who has set that record and then Ghanaians started attacking. They know the truth. Why didn’t they say it for people to know? When people start praising their icons, that is when they [Ghanaians] come out and say ‘we also have Asamoah Gyan’.

“In my own country, you see people disrespecting me, creating a lot of stories about me which I feel like it’s not it. So, when I see people defending me on social media, I just say ‘look at these hypocrites’” Gyan concluded.

Asamoah Gyan is the all-time leading goal scorer of the Ghana national team, with 51 goals. He is also the top African goal scorer in the history of the World Cup, with 6 goals.

Meanwhile, Asamoah Gyan has said he is training in preparation for a possible World Cup 2022 appearance. The announcement has courted conversation, dividing opinions. Why some posit that he is better than all the strikers Ghana has and hence, should be handed a call-up, others say he has become rusty, hence, unfit to wear the national jersey.