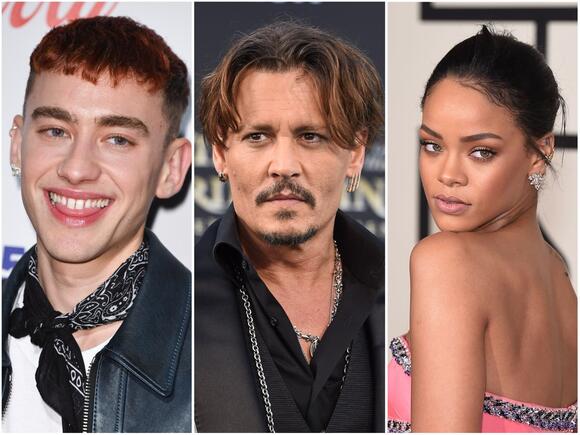 The Independent has confirmed the Pirates of the Caribbean star’s name features in the show’s end credits.

On Thursday (3 November), Alexander responded with a sad face to a Pop Cravetweet that read: “Depp will become the first man to have his own spotlight segment at Rihanna’s Savage X Fenty fashion show.”

A fan replied to the British singer’s apparent upset over Depp’s cameo confirmation, writing: “But, Savage X Fenty is you baby… you wear it so well.”

“Thank you but after this news I won’t be wearing it anymore,” the Years & Years singer replied.

Alexander has partnered with Rihanna’s fashion brand in the past, joining Savage X Fenty’s Valentine lingerie campaign in 2022.

The Independent has contacted Savage X Fenty and Alexander’s representative for comment.

The Savage X Fenty Vol 4 show is described as a “fashion experience” and will include performances from Anitta and Burna Boy, plus guest appearances from models including Irina Shayk, Cara Delevingne, and Precious Lee.

It will premiere on Prime Video on 9 November.

Earlier this year, Depp was embroiled in a high-profile legal battle with ex-wife Amber Heard concerning her 2018 The Washington Post op-ed. Depp’s legal team claimed Heard’s written piece had defamed him for allegedly implying that he had abused Heard when the pair were married.

A jury largely sided with Depp, finding that Heard had defamed him, and ordered the Aquaman star to pay Depp $10m (£8m) in compensatory damages and $5m (£4m) in punitive damages.

However, the jury also awarded Heard $2m (£1.6m) in a simultaneous countersuit, ruling that, in characterising her abuse allegations as a “hoax”, one of Depp’s attorneys had defamed her.

Heard is set to appeal the verdict, with lawyers arguing that the two rulings handed down by the jury were “inherently and irreconcilably inconsistent”.

Previously, a UK court ruled that The Sunhad not defamed Depp by describing him as a “wife beater”. A judge described the statement as “substantially true”.