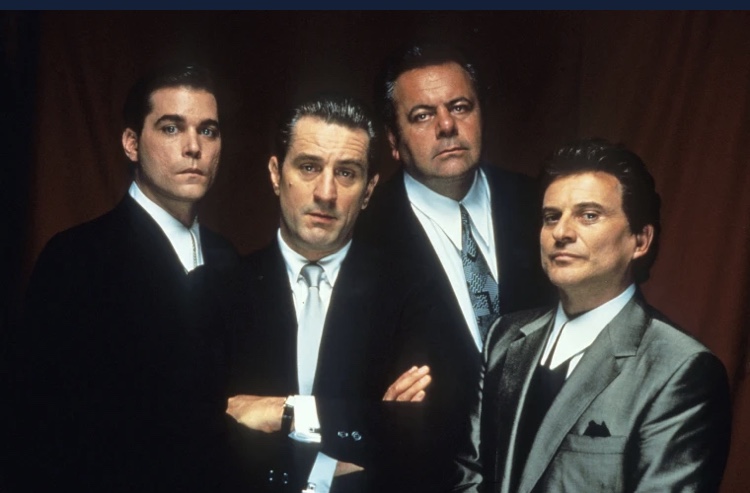 Sorvino’s wife, the Emmy-winning actor Dee Dee Sorvino, was by his side, according to Sorvino’s publicist, Roger Neal.

“Our hearts are broken, there will never be another Paul Sorvino, he was the love of my life, and one of the greatest performers to ever grace the screen and stage,” Dee Dee Sorvino said in a statement released by Neal.

Paul Sorvino and his daughter Mira Sorvino at the premiere of “Reservation Road” in Toronto in 2007. Kathleen Voege / AP file

Sorvino, who was born in Brooklyn, New York, enjoyed more than five decades of work across film, television and the Broadway stage, portraying a variety of compelling and dramatic characters.

He may be best known for his work in Martin Scorsese’s “Goodfellas,” in which he played mobster Paul Cicero. He told AP Radio in 2004 that he was proud of his work in the 1990 film.

“But it’s only one small section of what I am and it’s completely antithetical to my personality,” Sorvino said. “It’s nothing like me as a human being.”

He is perhaps equally as well known for his stint from 1991 to 1992 on “Law & Order.” Although he was on the show for only one season, his 31 episodes as Sgt. Frank Cerreta forever affiliated him with the venerable television franchise.

Sorvino, an alumnus of the American Musical and Dramatic Academy, made his Broadway debut in the 1964 musical “Bajour.” He later starred in shows such as “Skyscraper” and “An American Millionaire,” according to Playbill.

He also appeared in such notable films as Baz Luhrmann’s “Romeo + Juliet” in 1996, the drug drama “The Panic in Needle Park” alongside Al Pacino in 1971, Warren Beatty’s comic strip adaptation “Dick Tracy” in 1990, the Disney superhero adventure “The Rocketeer” in 1991 and the adaptation of John Grisham’s “The Firm” alongside Tom Cruise in 1993.

Sorvino was also a staple in American homes thanks to his television work, not just on “Law & Order,” but also on the 1988 CBS crime drama “The Oldest Rookie” and more recently in Epix’s “The Godfather of Harlem” from 2019 to 2021.

He is survived by his wife and his three adult children, Mira, Michael and Amanda Sorvino.

Sorvino worked with his children in different projects over the years. He acted and directed the 2012 film “The Trouble With Cali,” written by Amanda Sorvino and starring Michael Sorvino.

Mira Sorvino, herself an Oscar winning actor, starred with her father in the 2020 movie “Most Guys Are Losers.”

She was one of many women in Hollywood who came forward in 2017 to publicly accuse former producer Harvey Weinstein of sexual misconduct.

Asked about his daughter’s experience with Weinstein by TMZ in 2018, Sorvino said Weinstein “oughta hope he goes to jail.”

“Because if we come across, I think he would be lying on the floor,” he said at the time.

Weinstein has since been convicted of rape and sentenced to 23 years in prison.

When she thanked her father at the Academy Awards in her speech after she won the Oscar for best supporting actress for 1995’s “Mighty Aphrodite,” Mira Sorvino said he “taught me everything I know about acting.”

In a clip of the speech shared on social media after his death, Sorvino appears to start shaking with emotion during his daughter’s remarks.

One of my fav Oscar moments was when Mira Sorvino won Best Supporting Actress for Mighty Aphrodite and took a moment yo thank her father, Paul Sorvino, who was visually moved.

Mira Sorvino tweeted a statement Monday about her father’s death and posted a black square to her Instagram account.

“My heart is rent asunder- a life of love and joy and wisdom with him is over,” she said. “He was the most wonderful father. I love him so much. I’m sending you love in the stars Dad as you ascend.”

Related Topics:EntertainmentPaul Sorvino
Up Next

In The Aftermath Of The Slap, Chris Rock Is Gaining Followers While Will Smith Keeps Losing Them