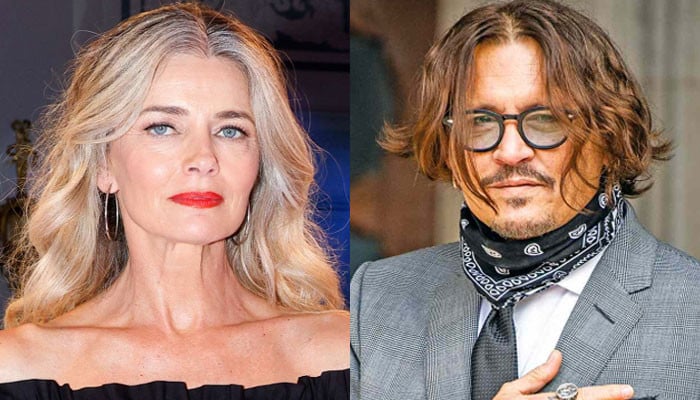 Paulina Porizkova gushes over Johnny Depp, says he was ‘kind’ to everyone on 'Arizona Dream' set

Paulina Porizkova recalled her experience of working with Johnny Depp in the 1993 film Arizona Dreamwhile reflecting on his kindness and gentleness with everyone on the set.

The Swedish model and actor said that the Pirates of the Caribbean star was very down to earth despite being the world’s biggest heartthrob at the time.

Speaking on the Dedicated with Doug Brunt podcast, Porizkova said, “We did connect as friends, and Johnny was a person — one of the first people that taught me to not be judgmental around people you work with.”

“I was on the set — it was filled with huge movie stars. There was Faye Dunaway, Jerry Lewis, whose wife I am playing in the movie, Vincent Gallo, Lili Taylor,” she recounted.

“It was a star-studded cast, so a lot of egos on the set, and Johnny, who was the world’s biggest heartthrob at that time, didn’t act like one. He was really kind to the electricians and to the crew.

“Again, on the movie set, people know how to be around movie stars. They don’t lose their minds. Johnny was so nice, he was so kind to the people around him that he sort of became everyone’s friend,” the 57-year-old added.

“He was genuinly kind to everyone on set, and I really took note of that. Where he went, he created a little calm space around him of gentleness, kindness. People really responded to that. I was like, ‘I want to be like that,'” she shared.

Porizkova did not get a chance to tell Depp how much he created an impact on her with his politeness, however, the Female Perversions star hailed him over his choice of projects.

“I think what I did tell him was that I had a lot of respect for him because he could be off in Hollywood doing really big Hollywood movies and instead there he was in Arizona doing a weird little independent film,” she said.

“He did John Waters, Cry-Baby, he made some really cool choices, and I really respected him for that,” Porizkova added.