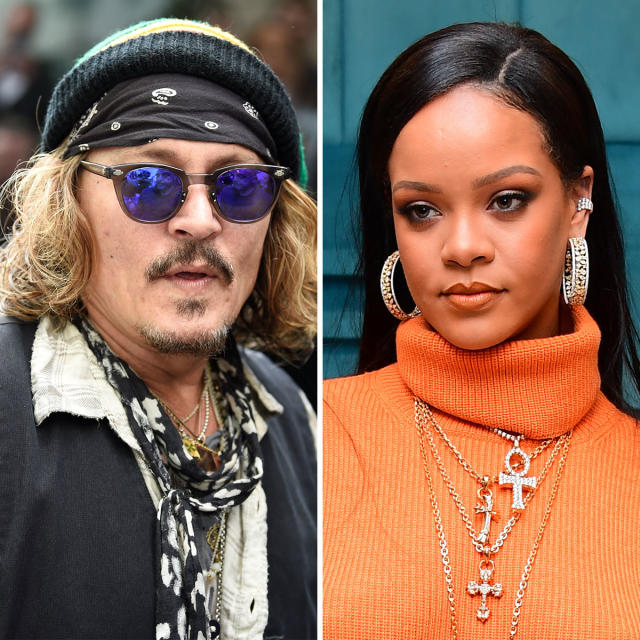 Rihanna‘s fans have been waiting patiently for her Savage X Fenty Show Vol. 4 feature-length fashion film to debut; and it was definitely worth the wait! As well as being wowed by the seductive, provocative pieces that were finally unveiled in the film on Amazon Prime Video on November 9th, fans seemed to have a lot of questions about one particular part of the show. And that, in case it wasn’t already obvious, was the inclusion of a certain Mr Johnny Depp!

The 59-year-old Pirates of the Caribbeanactor has made history by becoming the first male to headline the fashion show’s ‘star moment,’ which in previous years was an honor given to Cindy Crawford and Erykah Badu.

Depp can be seen walking through a set which has been transformed into a forest to the tune of Outkast‘s 2001 hit single “So Fresh And So Clean” wearing olive green pants and a matching loose-fitting jacket, which is worn open to reveal a plunging patterned vest top, and layers of necklaces of varying lengths. His hair is tied back in a ponytail, with the front section worn loose to frame his face, which also has a goatee, and at one point, he can be seen hugging a tree, while multiple performers are dancing around him.

Why Did Rihanna Put Johnny Depp In Her Savage X Fenty Vol. 4 Show?

We already know that the 34-year-old mom-of-one likes to cause a stir. Anyone who remembers her New York City pregnancy announcement that will go down in history knows that Rihanna isn’t shy when it comes to getting people talking, so it was certainly mission accomplished when she chose to cast the Sweeney Todd actor, who has been causing his own stir  following his highly-publicized legal battle with ex-wife Amber Heard, on social media.

Many fans have wondered why the “Disturbia” songstress chose the Edward Scissorhands actor, with some believing that she is helping him rebuild his image as a good friend, while others have actually slammed her. Although Depp won his lawsuit against his ex-wife, who accused him of abuse in a 2018 op-ed, fans still aren’t convinced that he was completely innocent throughout their relationship, which is why they have criticized the “Diamonds” singer, who herself is a victim of abuse following an incident with ex-boyfriend Chris Brown in 2009, for including him in the show. 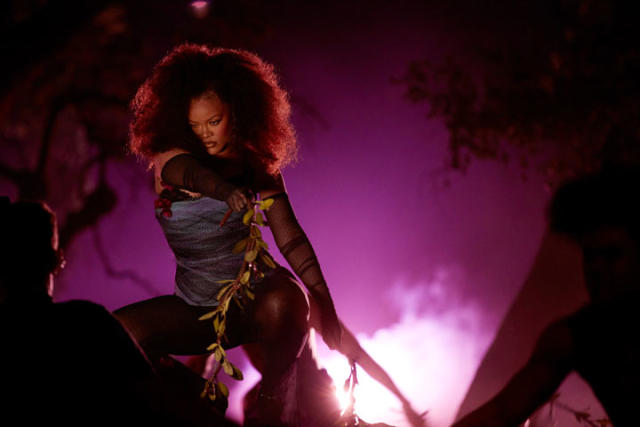 Fans Criticize Rihanna For Featuring Johnny Depp”Remove your ugly man from the show,” said one angry fan. “You included Johnny Depp, no money from me anymore,” one fan confirmed. “Rihanna can’t be serious? With all these beautiful and unproblematic men in Hollywood, and Johnny Depp is the one that appeals to you the most?” asked another. “Rihanna inviting Johnny Depp to her show is so, so [expletive] weird. Not a single billionaire on this planet with decency and she’s keeping up the trend sadly,” another wrote.

rihanna can't be serious? with all these beautiful and unproblematic men in hollywood, and johnny depp is the one that appeals to you the most?

Others fans, on the other hand, applauded Rihanna’s decision to feature the Dark Shadows actor, as they believed that *he* was in fact, the survivor of abuse. “I’ve never wanted to be a tree so bad in my [expletive] life,” one fan joked. “He survived and is thriving,” said another. “He is so handsome,” wrote another fan. “So glad he’s been given this opportunity. He deserves it all,” they added, followed by a red heart emoji.

“Whatever he’s selling I’m buying,” commented another, followed by a kissing emoji. “I don’t get why people got mad at rih because she casted him, nothing is proved,” noted another. “So happy to see Johnny Depp in the show! He’s moving on with his life after being found NOT GUILTY of the charges that were leveled against him! This is as it should be! Well done! Moving forward!” exclaimed another. 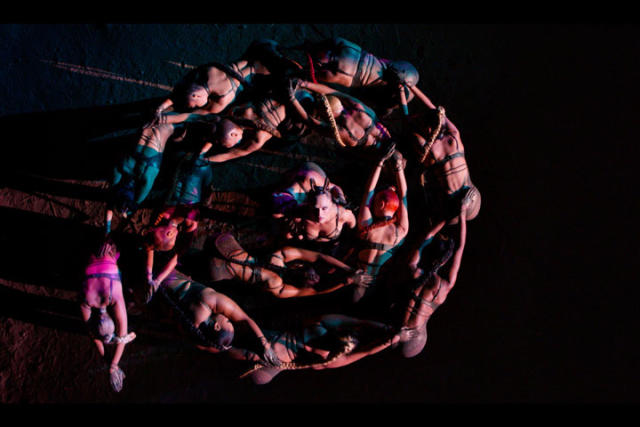 What Has Rihanna Said About Savage X Fenty Vol. 4?

We are still waiting for the “We Found Love” hitmaker to directly address putting the Charlie and the Chocolate Factory actor in her show – but she *has* spoken about how this year’s show is her most “obnoxious” one yet, and “takes the cake” in comparison to previous shows. “This show is obnoxious,” she told People before the show premiered. “This one takes the cake. This is gonna be the show to beat. It is on a scale unlike anything we’ve ever done. It’s huge.”

“I’m looking forward to people seeing it,” the Fenty Beauty founder added. “It’s my first real thing that I’ve done since I had the baby, work-wise.” She went on to talk about her excitement of seeing “new bodies, new silhouettes, new personalities, new characters, new energies” in the show, adding: “I just enjoy seeing people celebrate their body, celebrate who they are – and they just happen to be wearing Savage. That’s exciting.” 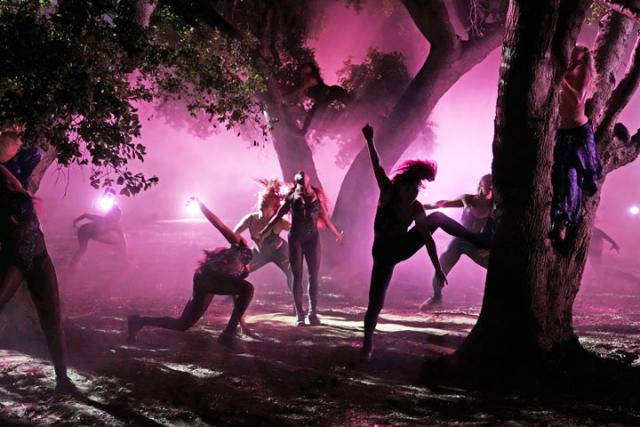 This isn’t the first time one of Rihanna’s Savage X Fenty shows has been shrouded in controversy.

In October 2020, the “Umbrella” singer came under fire for her use of the song “Doom” by artist Coucou Chloe, which featured lines from a sacred Muslim text known as a Hadith, which is part of a collection of texts believed to be the spoken words of the Prophet Muhammad. Chloe apologized for using the text in her song, saying she wasn’t aware that it contained the Islamic verses, as did Rihanna herself, who said using the song in her show was “irresponsible” and an “honest, yet careless mistake.”

So the Hadith rihanna used was about the signs of the day of judgement?

Cultural Appropriation By Styling Her Models In Braids

In 2021, the Emmy-winning Savage X Fenty Volume. 3 show also got people talking for all the wrong reasons, as Rihanna’s models – from Emily Ratajkowski to Vanessa Hudgens – were accused of cultural appropriation for wearing their hair in braids. “Loving everything about this show except why are white women in braids??? Rihanna?? What’s good!? I need answers. #SAVAGEXFENTYSHOW” one fan wrote on Twitter at the time.