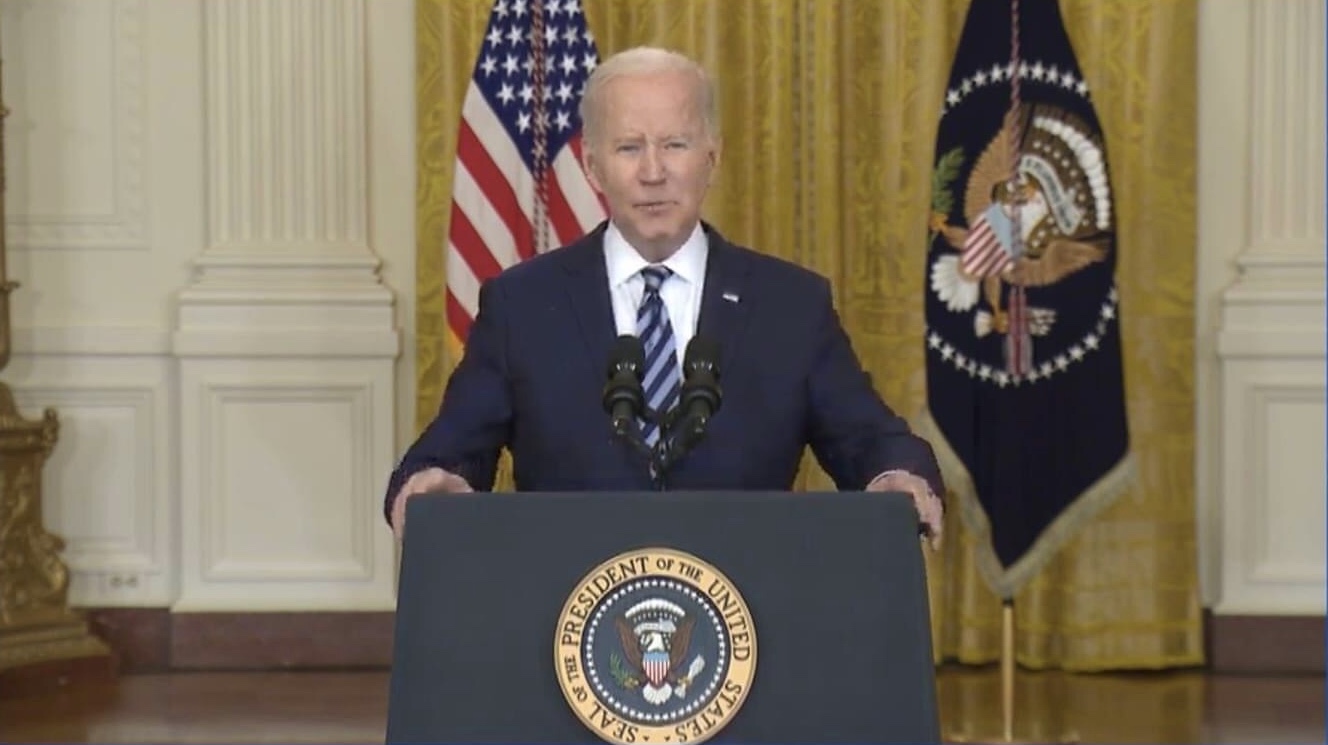 According to Daily Mail Online, U.S. President Joe Biden on Thursday condemned Vladimir Putin for his invasion of the Ukraine and announced a series of new sanctions on Russian financial institutions that he said will have a ‘severe’ effect on that nation’s economy.

‘Putin is the aggressor. Putin chose this war. And now he and his country will bear the consequences,’ Biden said in remarks at the White House.

He accused Putin of empire building with Thursday’s invasion into the Ukraine. And he said he didn’t underestimate the Russian leader’s ambitions.

‘He has much larger ambitions than Ukraine. He wants to re-establish the former Soviet Union. That is what this is about,’ the president said.

He said he had no plans to speak with Putin.

Biden’s speech, which was delayed twice on Thursday afternoon as Russian forces made their way swiftly across the Ukraine. The Kremlin seized control of Chernobyl nuclear power plant after a ‘fierce’ battle with the condition of nuclear storage facilities ‘unknown’, Ukraine said, sparking fears of a radiation leak that could cause fallout in Europe.

Video revealed Russian tanks and armoured vehicles standing in front of the destroyed reactor, which sits just 60 miles north of the capital Kyiv.

‘Now the entire world sees clearly what Putin and his Kremlin allies are really all about. This was never about a genuine security concern on their part. It was always about naked aggression,’ the president noted.

‘America stands up to bullies,’ he said. ‘This is who we are.’

Biden’s administration announced a series of new sanctions on Thursday that the president said would hurt the Russian economy for ‘both immediately and over time,’ arguing Moscow will fill the financial fallout for years.

He also said putting sanctions on Putin himself was ‘on the table’ but didn’t answer a question as to why none were announced Thursday.

But, in a baffling moment, he conceded that earlier sanctions – put on Russian financial institutions and Putin’s inner circle – didn’t prevent the Kremlin from invading its neighboring country.

As to why the U.S. keeps imposing them, the president argued sanctions would work with time.

‘No one expected the sanctions to prevent anything from happening. It’s going to take time. And we have to show resolve so he knows what’s coming,’ Biden noted. ‘He is going to test the resolve of the West to see if we stay together.’

Ukrainians fleeing and another night of violence