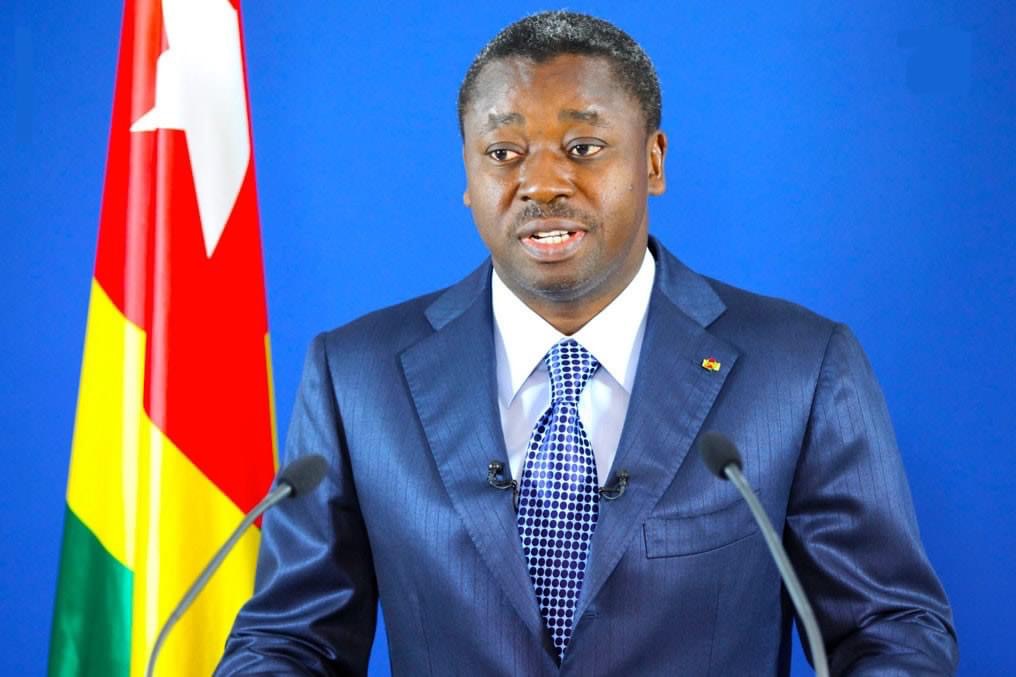 To counter the rising inflation and high cost of living in Togo, President Faure Gnassingbé during his address on the 62nd anniversary of Togo’s independence announced four key measures his government is putting in place to mitigate the inflation and the cost of living.

The first measure implies that,  Starting from Sunday May 1st to the end of the year, public servants, parapublic workers, and retirees, will be exempted from reimbursing the one-year front payment they received earlier this year.

Furthermore, the third measure tackles the prices of goods. Some select group of locally produced goods would be exempted from value-added tax (VAT). This includes corn, sorghum, beans, millet, and rice. Vegetable oil, milk, wheat flour, and tomato concentrate. Also, the price of imported goods will be capped.

The fourth and last measure which tackles the rising cost of living in Togo focuses on beneficiaries of the National Fund for Inclusive Finance (FNFI). The beneficiaries would experience a 2-point reduction in interest rate, and in the most vulnerable parts of the country, the interest rate would be reduced by 4 points. 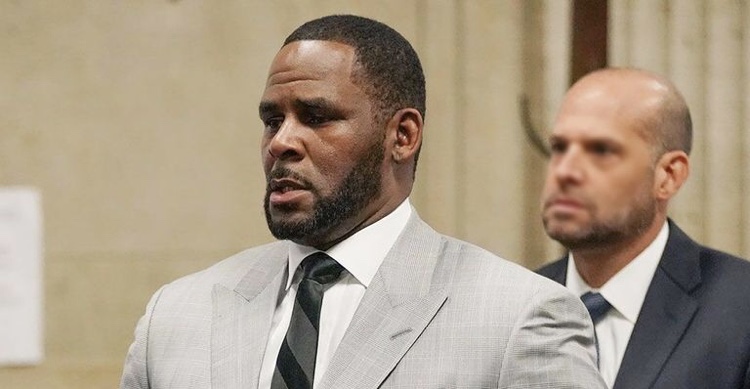 Prosecutors accused R. Kelly of picking up one of his victims at a local McDonald’s with false promises of “cuddles” that turned into a relationship filled with horrific abuse filmed by the singer.

Last year, Kelly was found guilty of sex trafficking and racketeering by a New York jury. His sentencing is scheduled for June 28.

In court documents filed by New York prosecutors, they lay out the specific abuse each girl suffered at the hands of Kelly. They describe in great detail the disgraced singer’s encounters with a young girl named Stephanie.

In 1998, the government said Kelly noticed Stephanie working at a McDonald’s in Chicago. He had one of his associates approach her, point out Kelly, and gave her the singer’s telephone number — despite her informing the associate she was 16. 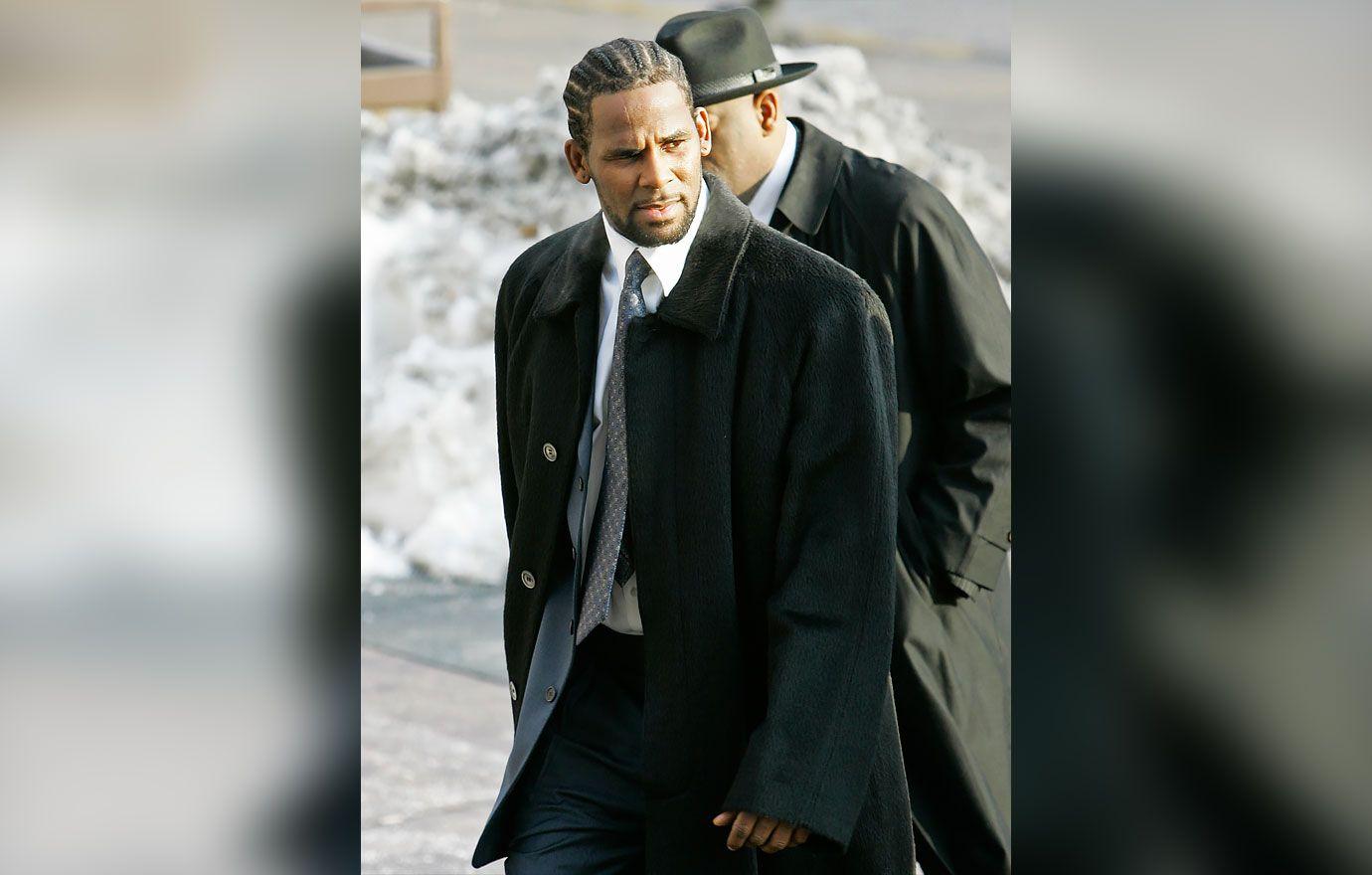 The court docs state Stephanie threw away the phone number. However, a year later, she approached Kelly after running into him at a store. She asked if he was willing to listen to her friend’s music and potentially help her out.

Kelly allegedly told Stephanie that “he thought he could arrange that, but he’d like to get to know [Stephanie] and he also said he liked to cuddle and would [Stephanie] be okay with that,” to which Stephanie responded yes.”

Kelly gave Stephanie his number and told her to call him. She eventually ended up at his Chicago studio where they had sexual relations. The government said the singer was well aware of Stephanie’s age because she told him.

“They continued to have sex over the next approximately six months. Stephanie’s sexual interactions with [Kelly] were “humiliating,” the motion reads. 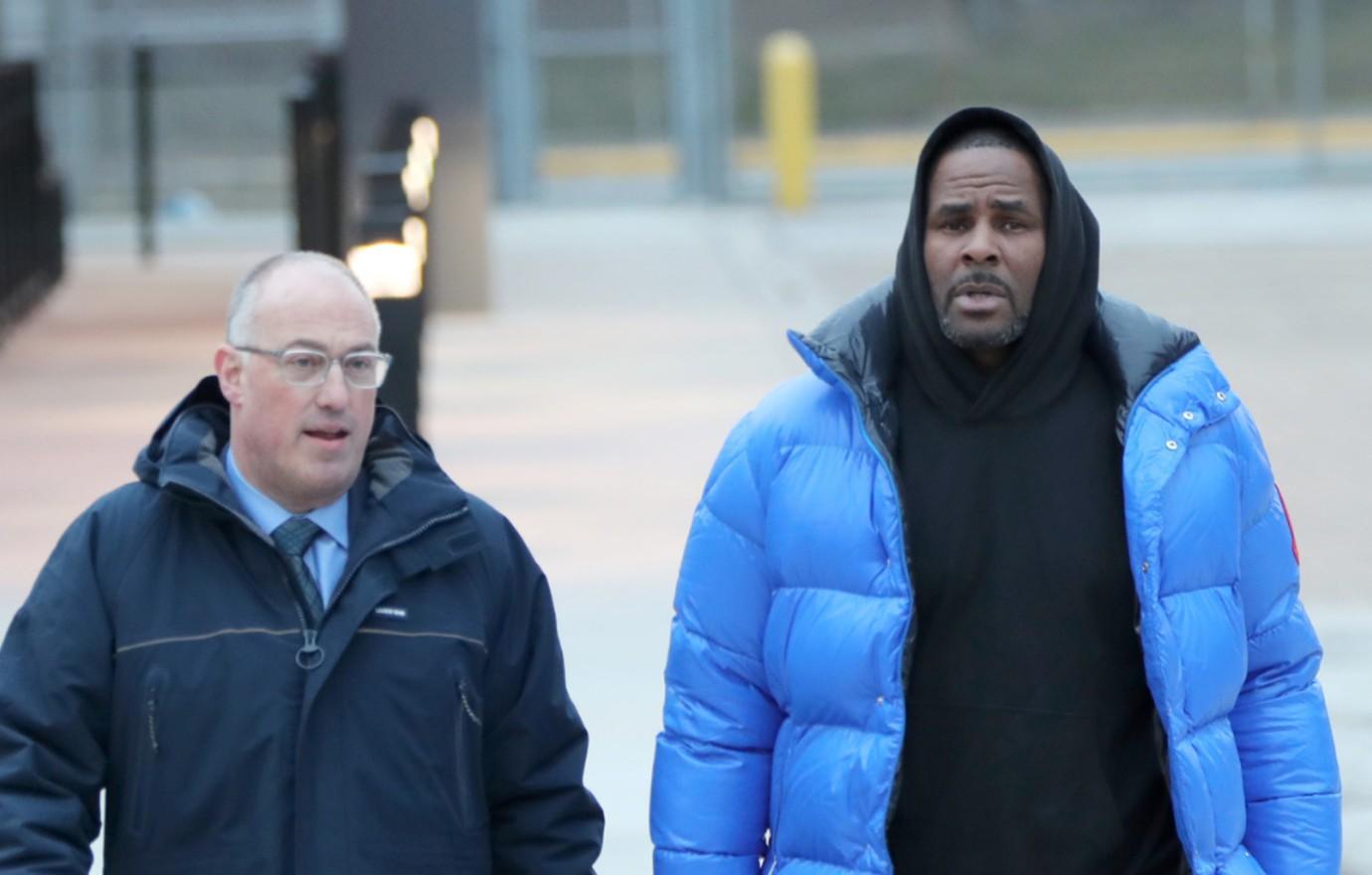 Stephanie told investigators, “[Kelly] would be very specific in how he wanted me to be. He would put me in positions that he wanted me to be in. He would tell me that he wanted me — he’d tell me to get undressed and then he would position my body in a way and he would then say, all right, I’m going to go and when I come back I want you to be just like this,” she said. “So I would just be completely naked with my b— in the air and just like waiting there for him to come have his way … Sometimes hours.”

She told the feds if Kelly found her not in the right position when he returned he would become “disappointed and angry.” She said Kelly also took her to his townhouse and directed her to participate in his creation of child pornography, videotaping her naked and as he engaged in sexual activity with her.”

In 1999, Kelly allegedly paid for Stephanie to travel to Florida. While in a studio, he allegedly used a handheld video camera to record Stephanie’s face as his p—- was in her mouth and she was giving him oral sex. In yet another act of humiliation, [Kelly] ejaculated on her face and did not let her wipe it off”. He forced her to walk down the public hall to another bathroom to wipe her face.

Kelly also ordered Stephanie not to talk to other men. 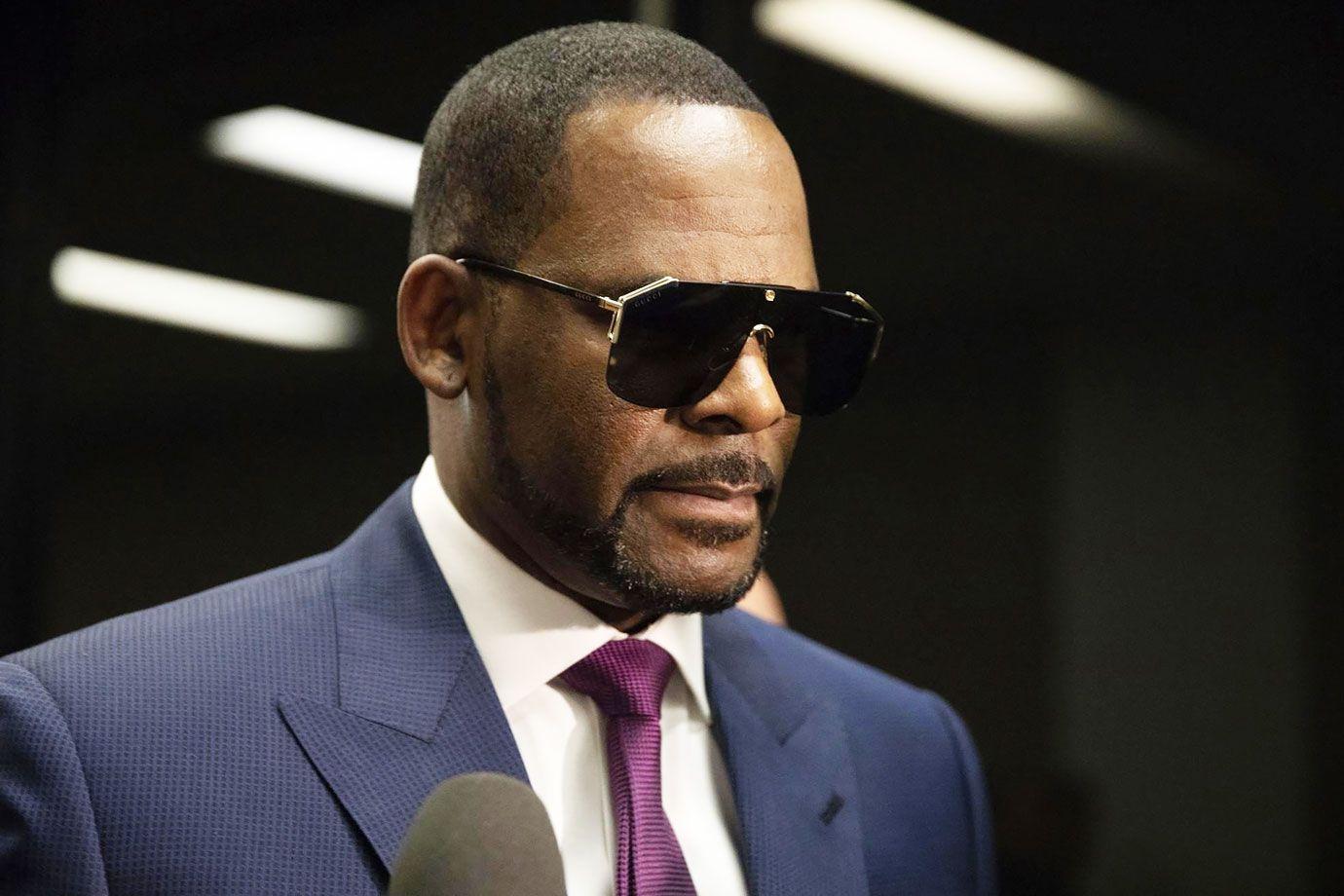 The government writes, “On one occasion, she was at a Houston’s restaurant in Chicago with the defendant and two rappers. Stephanie was not allowed to speak to the rappers during the meal, but heard the defendant tell them “that he likes young girls and that people make such a big deal of it but it really isn’t a big deal because, even, look at Jerry Lee Lewis, he’s a genius and I’m a genius and we should be allowed to do whatever we want because of what we give to this world,”

Lewis infamously married his 13-year-old cousin in 1958. Prosecutors believe the judge should consider the story when sentencing Kelly next week.

Kelly has asked the judge not to throw the book at him. He said a 10-year prison sentence would suffice.

As RadarOnline.com previously reported, once Kelly’s New York case wraps up he will head over to Illinois to deal with a separate criminal case over similar allegations.

38 Nigerians Have Been Killed While Fighting For Ukraine Against Russia: Report 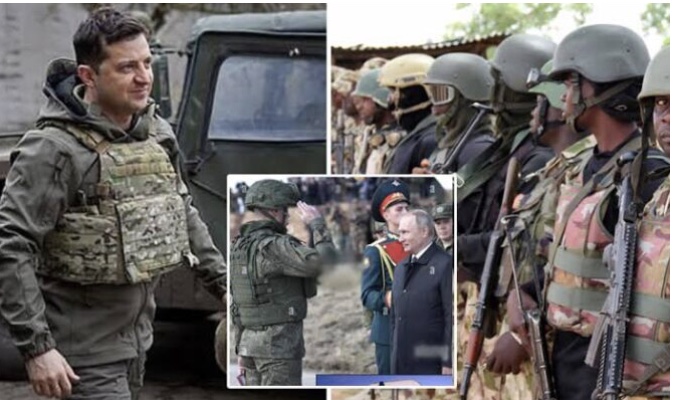 According to the Russian Ministry of Defense (RuMOD), 38 Nigerians have been killed while fighting for Ukraine against Russia.

In a report published by the Russian Ministry of Defense, it was stated that 85 Nigerians arrived in Ukraine after a global call was made by Ukraine for assistance. While 38 have been killed so far in the war between Ukraine and Russia, 35 have returned to Nigeria and 12 are still fighting to defend Ukraine.

“Against the backdrop of the Kiev regime’s mounting military failures and massive daily losses in manpower and equipment, the flow of foreign mercenaries to Ukraine has not only decreased, but is actually turning in the opposite direction,” Russian Defense Ministry stated.

While dozens are left fighting for Ukraine in its ongoing war with Russia, there have been reports of many returning to their home country, despite the increase in payments to fight for Kiev, the Capital city of Ukraine.

“Despite the Kiev regime’s efforts and increased payments, the process of mercenaries leaving to the ‘other world’ or back to their countries of residence has not been stopped by the Kiev leadership”, the statement added. 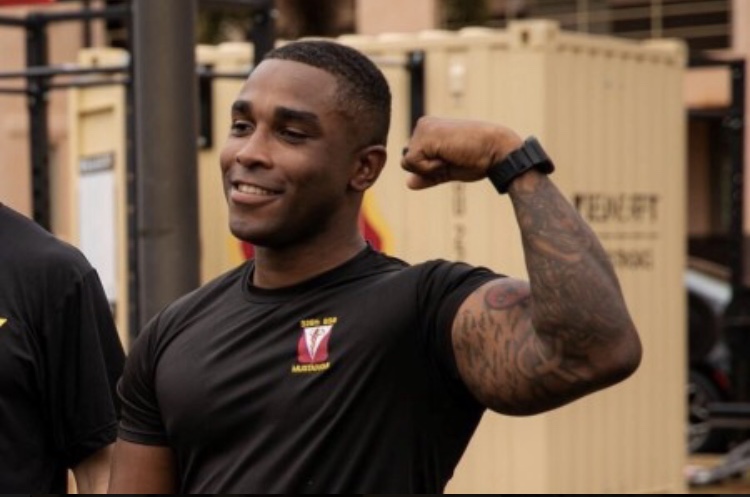 To help compete for top talent, the Army has updated its regulations for tattoos, cutting processing times for new recruits who have the body art.

Secretary of the Army Christine E. Wormuth made it official today by signing the updated directive that allows recruits and current Soldiers to receive tattoos on their hands, the back of their ears and the back of their necks.

The Army will now allow Soldiers to have one tattoo on each hand that does not exceed one inch in length. Soldiers also have the option to place one tattoo no larger than two inches on the back of their neck and one, inch-long tattoo behind each ear. Additionally, tattoos can be impressed between fingers as long as the designs cannot be seen when the fingers are closed.

Previously, recruits who had tattoos in these areas had to file waiver exceptions and sometimes had to wait weeks before they could be processed into service.

“We always review policy to keep the Army as an open option to as many people as possible who want to serve,” said Maj. Gen. Doug Stitt, Director of Military Personnel Management. “This directive makes sense for currently serving Soldiers and allows a greater number of talented individuals the opportunity to serve now.”

Sgt. Maj. Ashleigh Sykes, uniform policy sergeant major, said that a Soldier may choose to get tattoos for a wide range of reasons. Some see tattoos as form of creativity while others can get tattoos for religious reasons.

“Everyone has a different reason for getting a tattoo,” said Sykes who has tattoos herself. “Some see it as art, some see it as individuality, and some may even have cultural tattoos. Tattoos are more [accepted] now; it’s a change in society.”

Through May, Army recruiters have filed more than 650 waivers in 2022 for active duty and reserve recruits said David Andrews, Army Training and Doctrine Command enlisted chief.

Andrews said that tattoos have grown in popularity among younger people. According to research by TRADOC, 41% of 18 to 34 year olds have at least one or more tattoos. The Army originally began allowing Soldiers to have tattoos in 2015, granting more freedom for individual expression.

Sykes added that the waivers, which can take up to 14 days impacts the recruiting process because potential recruits who previously had tattoos in restricted areas could have decided to enlist in another military branch. He said that the Navy and the Marines have less restrictive tattoo policies.

“Some may change their mind or go to a different service,” Sykes said. “[Or] they just didn’t want to wait anymore.”

According to the directive, tattoo designs must not contain any offensive, extremist or hateful words or images. Company commanders perform annual inspections of tattoos so that the tattoos remain within Army regulations.

Soldiers who have tattoos that do not meet the service’s restrictions will be counseled. They will then have 15 days to explain to commanders whether they will have the tattoos removed or altered. Soldiers who do not comply could potentially face separation.

While facial tattoos remain prohibited, Sykes said that some Soldiers may file for an exception if they would like to receive a facial tattoo for religious reasons. Previously, the service only allowed ring tattoos on hands.

“[The directive] gives us the opportunity to put people in [the Army] right away that have these types of tattoos,” Andrews said. “We don’t want people walking away from opportunities in the Army who are otherwise qualified.”

The Army relaxed restrictions on tattoos in 2015 when the service updated Army Regulation 670-1 to remove limits on the number of tattoos Soldiers could have on legs and arms. Andrews said the limits on tattoos impacted the Army’s ability to recruit top talent.

Several Soldiers have stated that the change allowed them to join the Army including Army Ranger, Staff Sgt. Matthew Hagensick a Madison, Wisconsin native who sports many tattoos on his arms.

Hagensick enlisted in the Army after the service updated the regulation in 2015 and he later went on to win the 2018 Soldier of the Year contest.