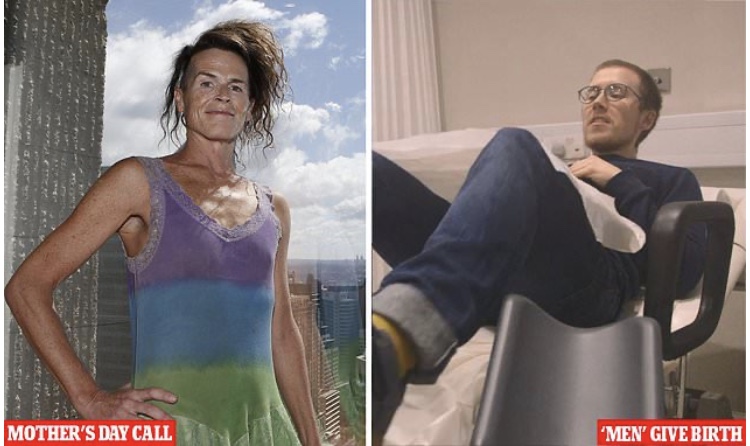 A progressive activist has suggested Mother’s Day be renamed to reflect how transgender  men are now classified as giving birth.

Norrie May-Welby, who was born a male and had gender reassignment surgery at age 28, said the term ‘mother’ was not exclusive to females.

‘It’s not sex specific. I think mothering is instinctual in all mammals, regardless of biological sex,’ the activist told Daily Mail Australia.

Norrie, 60, won a High Court battle in 2014 to be identified as belonging to neither gender in New South Wales.

In a unanimous decision, Australia’s highest court allowed the state’s Registry of Births, Deaths and Marriages to register a person’s sex as ‘non-specific’.

According to the Daily mail’s report, Norrie is calling for a debate on the term Mother’s Day.

‘Mother’ is a verb. One can be mothering without being a biological birther,’ Norrie said.

‘And Mother’s Day, before Hallmark hijacked it, was Mothering Sunday, when one returned to the church one was baptised in’.

While not offended by the term Mother’s Day, Norrie suggested it be renamed ‘Nurturer’s Day’.

‘Of course language shifts with time and place, and it may become Nurturer’s Day, but that’s an extra syllable, and for now, I am happy with ‘Mother’s Day’,’ Norrie said.

Norrie also had a dig at Prime Minister Scott Morrison, who converted to the Pentecostal faith in his youth.

‘Of course, with the ascendance of the Pentecostals in politics, it may become Legally Compelled Incubators Day, but I’ve got to hope that this criminal appropriation of women’s bodies does not become entrenched.’

Speculation: Chris Rock To Address Will Smith’s Oscar Slap In Exchange For Money