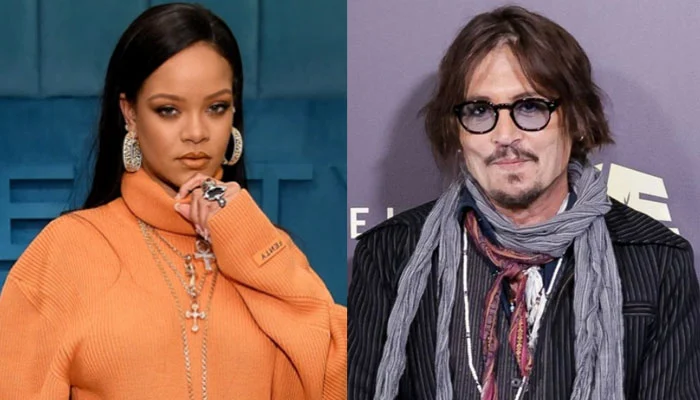 Rihanna landed in hot waters for including Johnny Depp in her Savage X Fenty Vol 4 show.

According to a report by TMZ, the Pirates of the Caribbean star will appear in the fashion show which will premiere on Amazon Prime Video on November 9.

This comes after Depp made headlines with his highly published defamation case against ex-wife Amber Heard who accused him of domestic violence.

Even though the court ruled in the actor’s favour, some social media users do not think that Depp should be made a hero following the Aquaman star’s allegations.

Producer Drew Dixon penned on Twitter, “Johnny Depp has been embraced as a hero by unhinged right-wing misogynist extremists, and now he’s been invited to appear in the SavageXFenty show.”

“Never expected such a powerful woman to succumb to the #MeToo backlash. Really disappointing,” she wrote.

“Rihanna is a billionaire, so that’s strike one. One minute she’s not performing at the Super Bowl in solidarity with Colin Kaepernick and the next minute she’s announcing she is and for some reason she invited Johnny Depp to be part of her show. Morals where?” writer Najma Sharif tweeted.

A social media user also commented, “Rihanna inviting Johnny Depp to her show is so, so (expletive) weird. Not a single billionaire on this planet with decency and she’s keeping up the trend sadly.”

“The way that johnny depp would’ve never got these opportunities if he hadn’t abused his wife. crazy,” another angry user said while one wrote, “What the (expletive) does johnny depp add to a savage x fenty show. that is so disappointing if true.”

“You’d think of all people, rihanna, would know better than to invite johnny depp to anything,” one fan said, while another noted, “She’s been cool with some problematic people before. But touching Johnny depp seems wild to me. Especially with what she went through,” one user commented.

Would Johnny Depp Returning to Fantastic Beasts Save the Franchise?