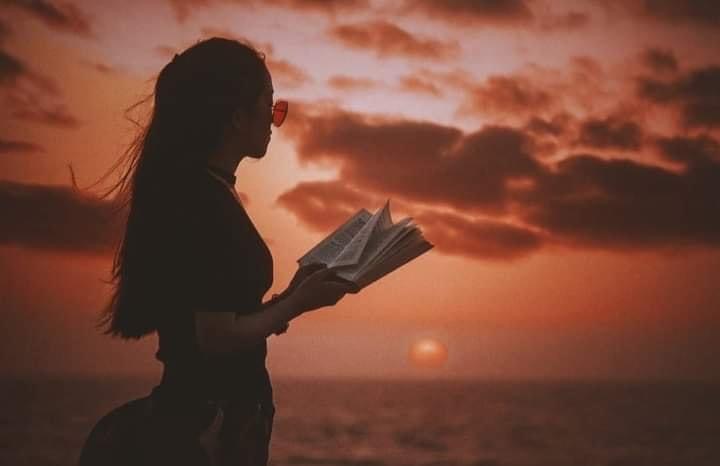 1. All your hardships are necessary to transform you into the person you want to be.

2. True courage is doing the things you are afraid of.

3. People will treat you the same way you treat yourself.

4. The story you tell yourself about why you can’t have what you want is what will keep you stuck.

Did you know? This Happens To Your Mind When You Read A Lot Of Books, This Is Very Interesting

5. No matter how gifted you are, it’s all a waste without effort and patience.

6. Books, videos, people can only show you the path. You have to walk it yourself.

7. Big egos are just shields for empty spaces. They stem from a place of trauma.

14 Secrets To A Happy Life Without Money

Johnny Depp-Amber Heard Love Story: How They Fell In Love And How Long They Were Together 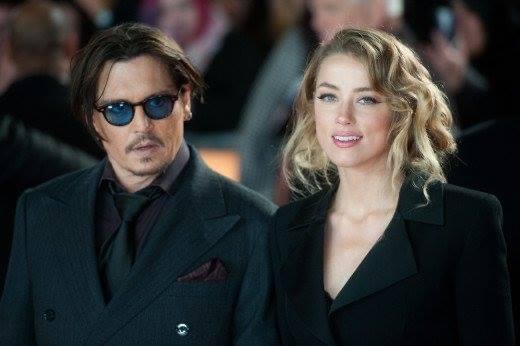 Former couple Johnny Depp and Amber Heard are locked in a high-profile defamation lawsuit over Heard’s claims of domestic abuse.

Hollywood actors Johnny Depp and Amber Heard are opponents in a $50 million defamation case currently taking place in Fairfax, Virginia, some seven years after embarking on a marriage that quickly fell apart amid claims by Heard of domestic abuse.

Depp has brought the lawsuit against Heard over an op-ed she wrote in the Washington Post in 2018, in which she didn’t mention her former husband by name, but described herself as a “public figure representing domestic abuse”. Heard, best known for her role in the 2018 superhero film Aquaman, is countersuing Depp for $100 million.

Depp and Heard met 13 years ago

Depp and Heard first met in 2009 while shooting the movie The Rum Diary, in which both starred. During his testimony at the Circuit Court of Fairfax County, Depp recalled the on-set chemistry between the pair, who were both in relationships at the time. “There was a scene where I’m taking a shower and then she comes into the room and she opens the shower and we kiss,” he said. “And that moment was… it felt like something that I shouldn’t be feeling, because she had her wife and I had Vanessa [Paradis, Depp’s then-partner] and kiddies.”

By 2012, Depp and Heard had begun dating, and in January 2014 were reported to have become engaged. They married in February 2015. According to the magazine People, they tied the knot at Depp’s home in Los Angeles, before heading to the 58-year-old’s private island in the Bahamas for a second wedding ceremony in front of “only a few dozen of their closest family and friends”.

Heard files for divorce a little over a year into marriage

However, 15 months later, in May 2016, Heard filed for divorce. She also took out a temporary restraining order against Depp, claiming he had been “verbally and physically abusive” to her throughout their relationship. “Johnny has had a long-held and widely-acknowledged public and private history of drug and alcohol abuse,” the 36-year-old said in her complaint. “He has a short fuse.”

In August 2016, the couple then reached a divorce settlement, with Heard pledging to donate the $7 million Depp had agreed to pay her to the American Civil Liberties Union (ACLU) and the Children’s Hospital of Los Angeles.

Just over two years later, Heard, who is an ambassador for women’s rights with the ACLU, penned an op-ed in the Post entitled: “I spoke up against sexual violence – and faced our culture’s wrath. That has to change”. In the article, she said she had lost work over her allegations of domestic abuse.

“Like many women, I had been harassed and sexually assaulted by the time I was of college age. But I kept quiet – I did not expect filing complaints to bring justice. And I didn’t see myself as a victim. Then two years ago, I became a public figure representing domestic abuse, and I felt the full force of our culture’s wrath for women who speak out.

“A movie I was attached to recast my role. I had just shot a two-year campaign as the face of a global fashion brand, and the company dropped me.”

Depp denies being violent towards Heard, and indeed alleges that she abused him. He launched his defamation suit against his former wife in 2019, arguing that he has lost acting roles as a result of her Post piece.

Depp fails in libel lawsuit against The Sun

In 2020, Depp also sued the newspaper The Sun for libel in the UK, over a 2018 article that described him as a “wife beater”. He lost the case, however, after the court found that The Sun had proven the contents of the article to be “substantially true”.

India Is A Top Destination For surrogacy: Meet The 10 Bollywood Stars Who Embraced Parenthood Through Surrogacy 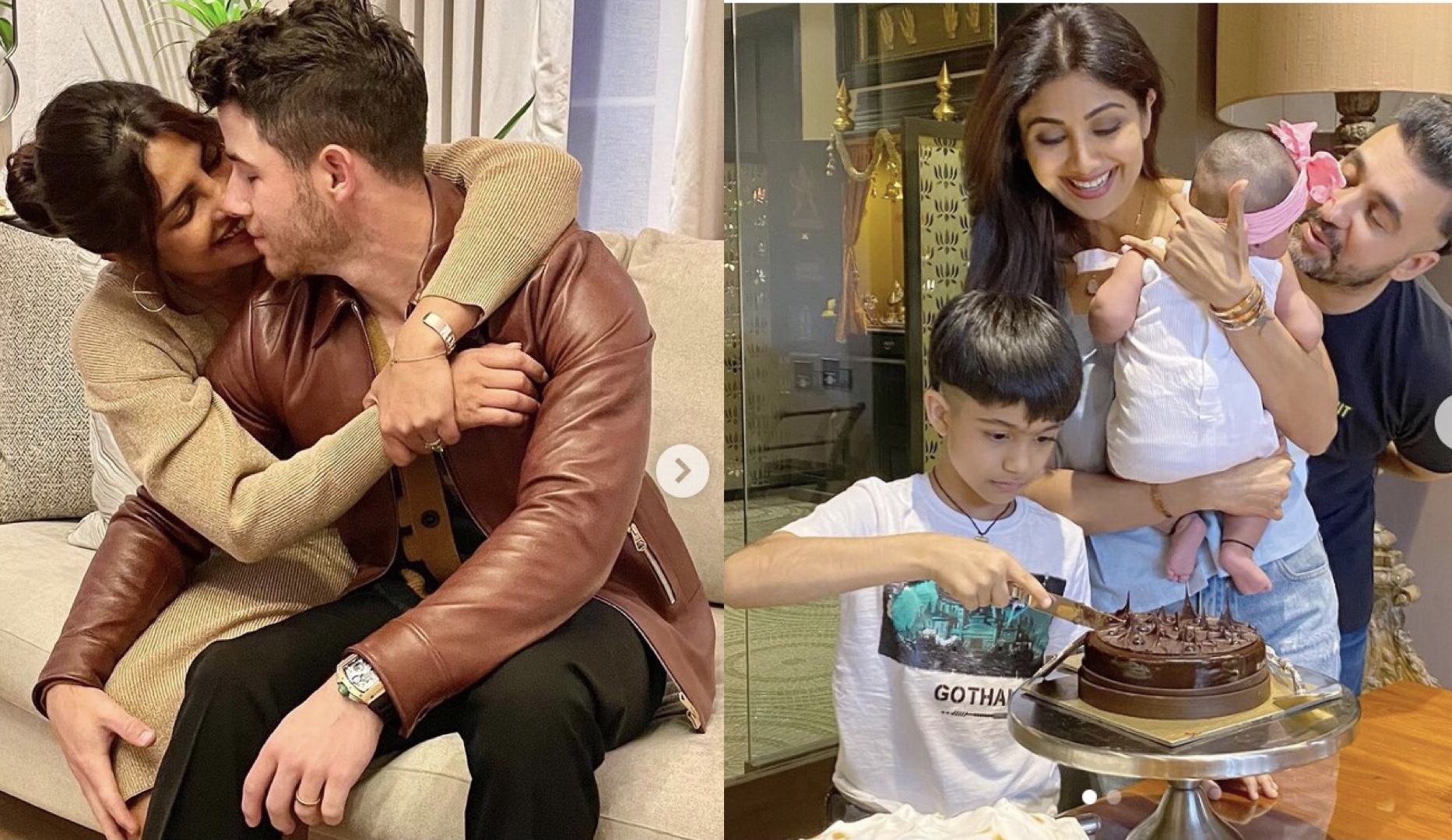 India has become one of the most popular destinations for international surrogacy.

Conservative estimates show that more than 25,000 children are now being born through surrogates in India every year in an industry worth $2 billion.

This article highlights the latest the list of Bollywood celebrities who have become parents through surrogacy.

Priyanka Chopra and her Disney actor husband announced the arrival of the child through an Instagram post in the first month of the year. The couple shared a sweet message that said: “We are overjoyed to confirm that we have welcomed a baby via surrogate”. 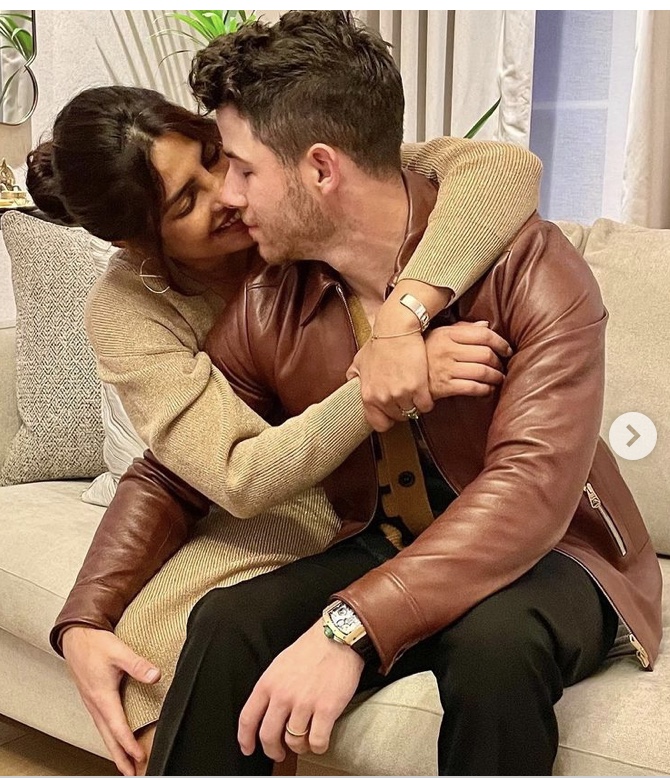 According to reports, their baby arrived 12 weeks ahead of the expected delivery date. Apparently, the couple went for surrogacy because of their busy schedules interrupted their attempts at family planning. 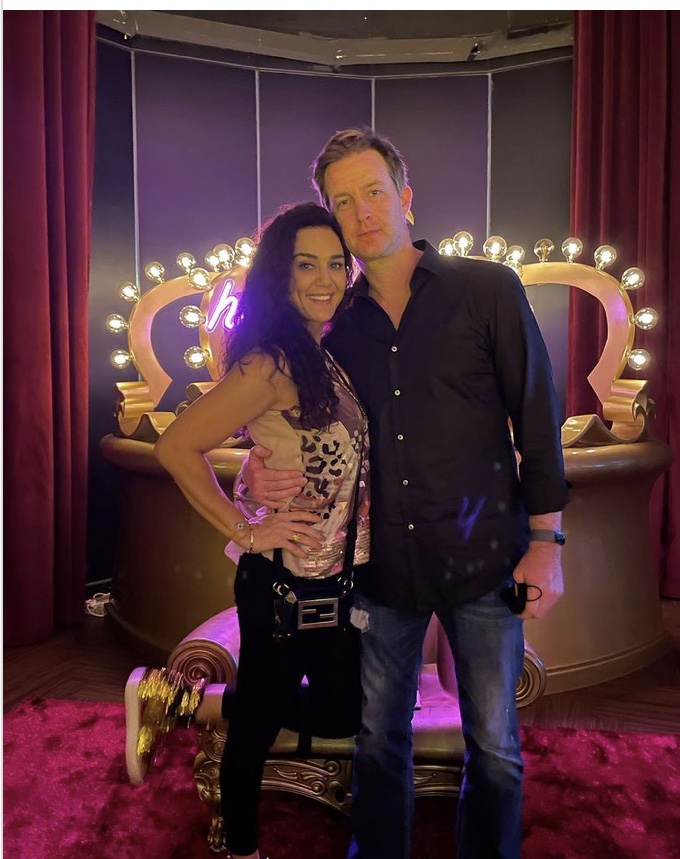 They haven’t shared any further details about the birth of their children nor have they revealed any photos.

Actress  Shilpa Shetty and her husband Raj Kundra welcomed their second child, Samisha, through surrogacy in 2020. 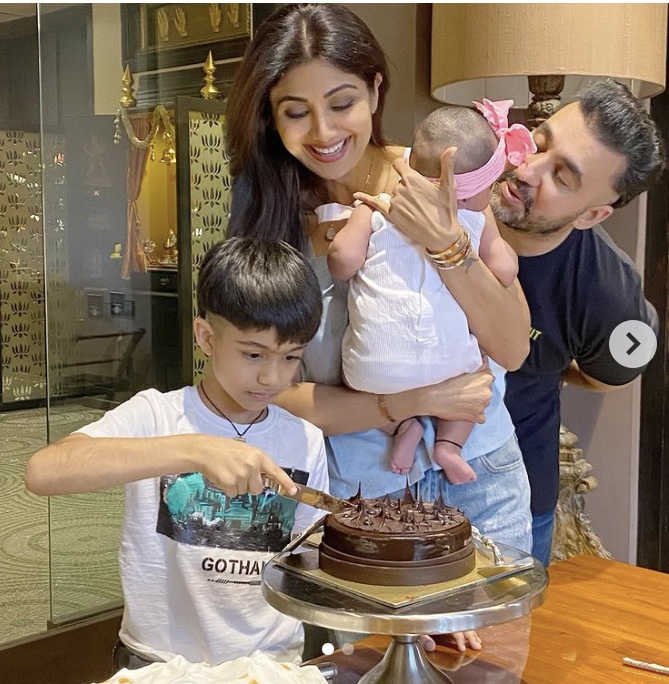 Shilpa Shetty with her Husband and children

The actress shared in an interview later that she always wanted her son (Viaan) to have a sibling, but she had a couple of miscarriages as she suffers from an autoimmune disease called APLA, leaving her no other option than to choose surrogacy.

Back in 2018, Sunny Leone and her husband Daniel Weber welcomed twin boys, Noah and Asher, via surrogacy. 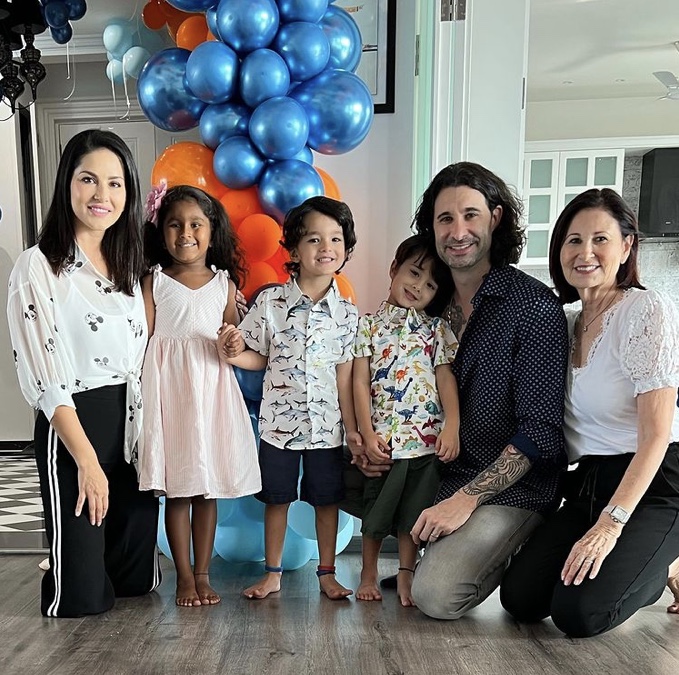 Sunny Leon with her husband and kids

The couple who adopted their daughter Nisha, one year prior to that, are now proud parents to three children.

The power couple became parents to their third child, Abram, in 2013 through surrogacy. 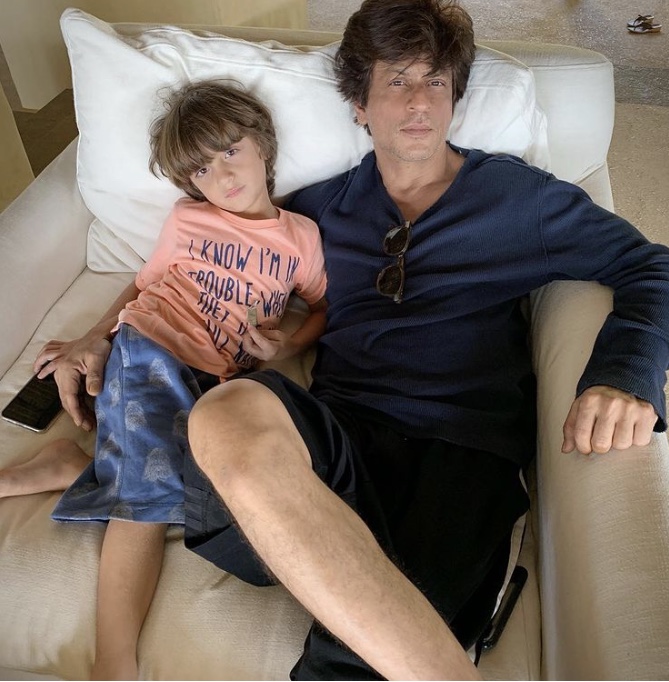 Karan Johar is a single parent in the list of Indian celebrities with surrogate babies. He had his twins, Yash and Roohi, through surrogacy in 2017. 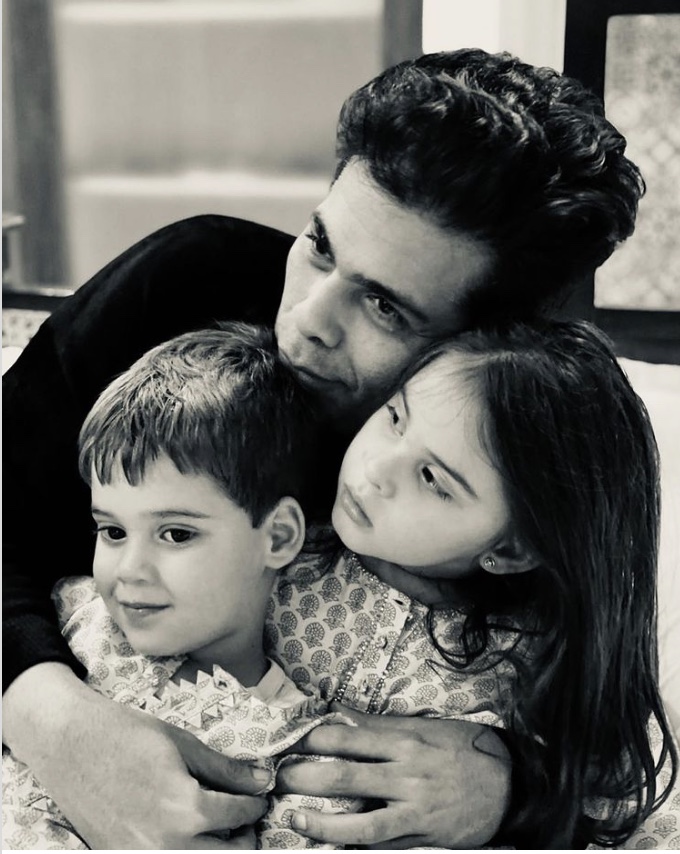 Karan Johar and his twins

Filmmaker Ekta Kapoor is a single mother to her baby boy Ravie. 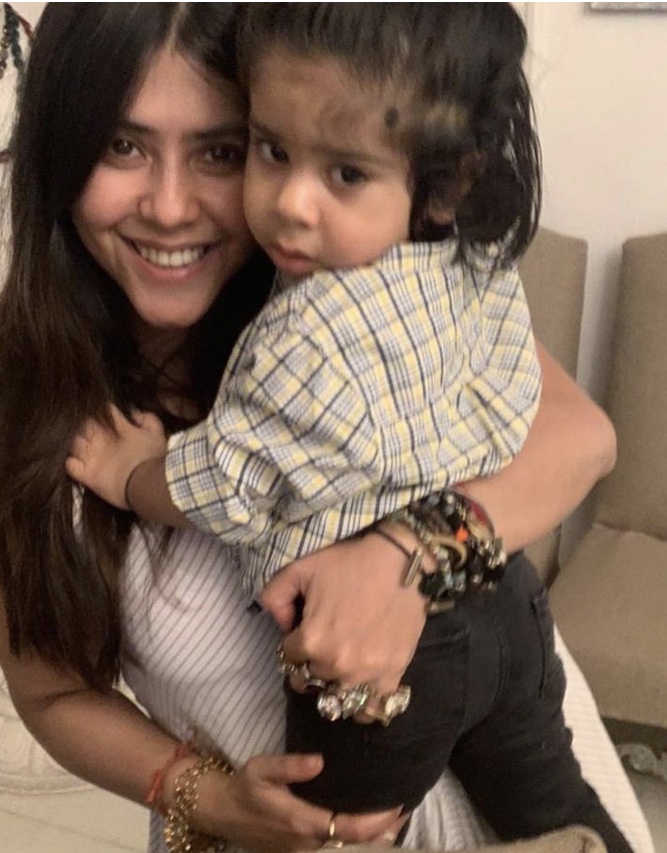 Ekta Kapoor and her baby

Talking about her experience of becoming a surrogate mother, in an interview she revealed that she had already frozen her eggs years ago so that she could utilise them for when she wanted to be a mother.

After 14 years of marriage, Talpade and his wife Deepti, welcomed their first child in 2019 through surrogacy. They are blessed with a baby girl. 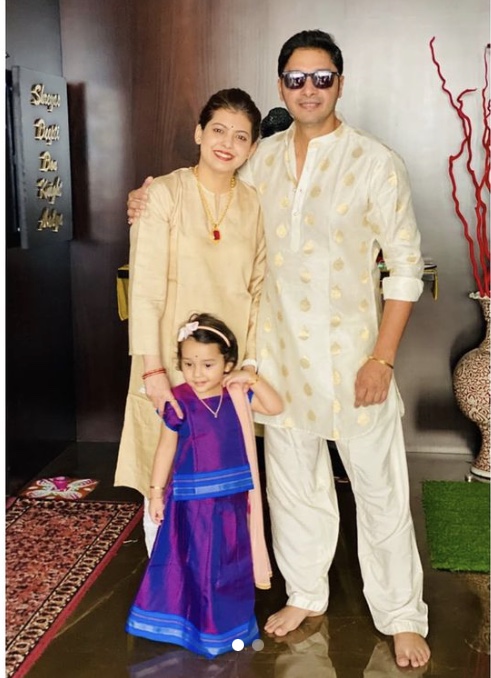 Shreyas Talpade with his wife and family

Ten years after the birth of their first child, Nirvana, the couple had their second child, Yohan, through surrogacy. 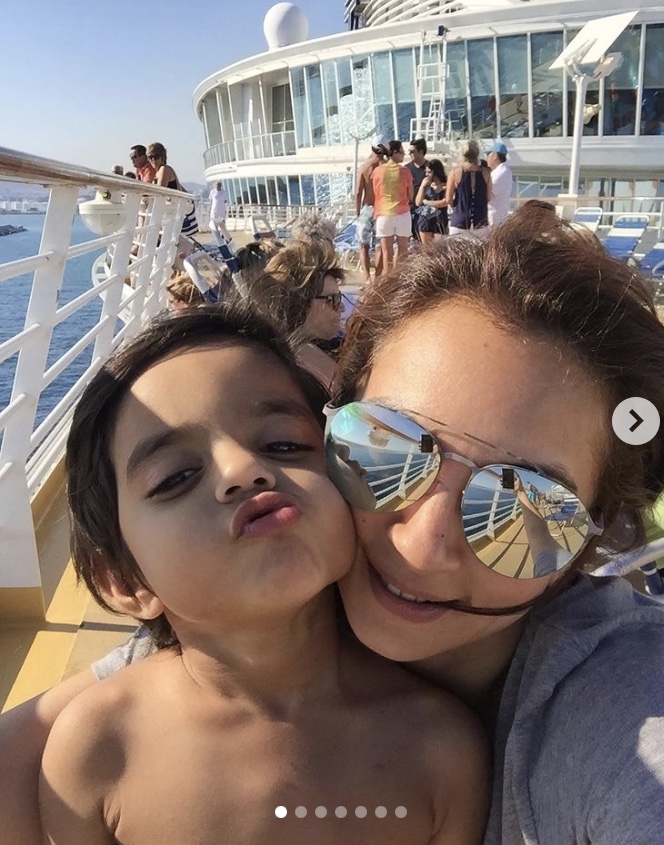 Farah Khan, who was 43 years old at the time she became a mother, welcomed her triplets with her husband Shirish Kunder in 2008 through surrogacy. 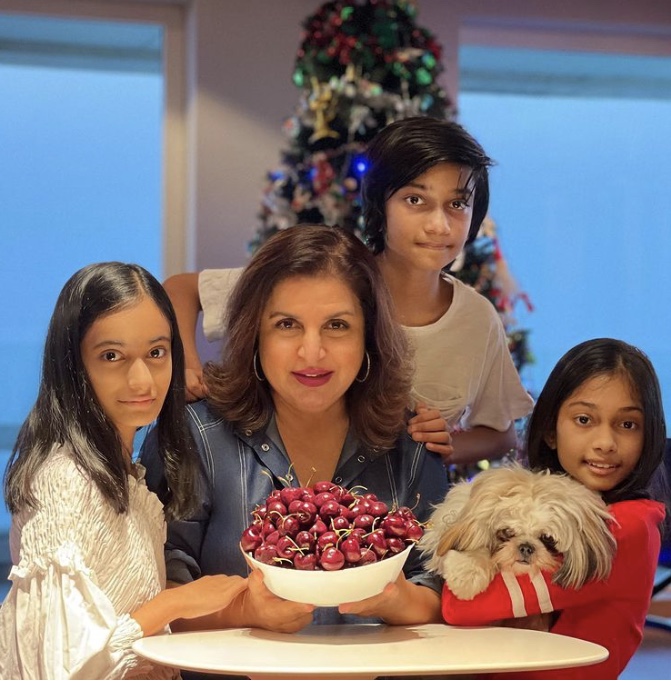 Farah Khan and her triplets

The joy of becoming parents is unparalleled. With more celebrities being open about their parenthood journey through surrogacy, the taboo that was once associated with surrogacy in India seems to no longer exist.

Is Will Smith Devastated After Chris Rock Slap At Oscars? 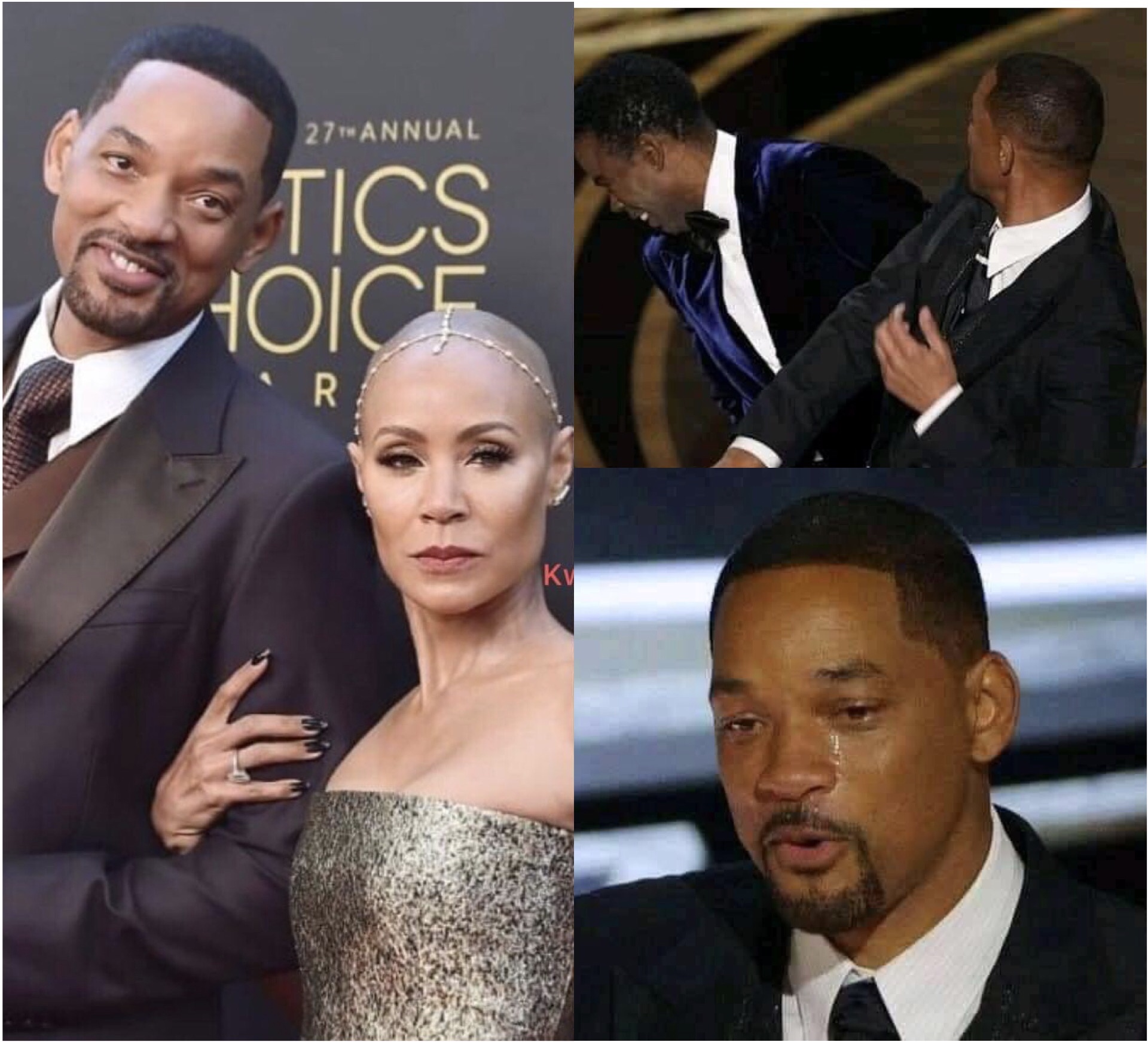 Why Will Smith could be devastated

Why Will Smith Could Be Devastated After The Oscars

The 2022 Oscars is certainly one of those that will never be forgotten, on Tuesday March 27, Will Smith slapped comedian Chris Rock at the Oscars ceremony for poking fun about Jada’s shaved head, a result of the hair-loss condition alopecia.

Following the shocking incident, Smith resigned from the academy on Monday April 1 and issued statements apologizing to Rock on Instagram. Smith called his behavior “unacceptable and inexcusable.”

However, Smith was banned from the Oscars gala and other Academy events for 10 years on on Friday April 8.

A list of Smith’s Canceled Deals following the Oscars slap

1. Netflix and Apple removed their bids for a Will Smith biopic.

3. The Fast & Loose movie he was shooting for Netflix was cancelled.

4. The movie I AM LEGEND 2 no longer wants to work with him and Michael B Jordan was offered the role.

5. He Was expelled from the Academy of Motion Picture Sciences and Arts (did not resign, was fired).

6. No producer wants to work with him on any kind of project.

7. Drama series BELL AIR, the reboot of the Bell Air Prince, is being slammed by criticism.

Did you know Amber Heard Is losing Ground In Her Lawsuit With Johnny Depp ?

Five month ago Will Smith opened his heart about a delicate moment he faced a few years ago. In  the  ‘Best Shape of My Life’, Youtube production Smith revealed that he once considered taking his own life during a depressive phase he went through.

“It was once in a lifetime,” he said.

Smith has reportedly been checked into a luxury rehab facilityto control his depression and tantrums.