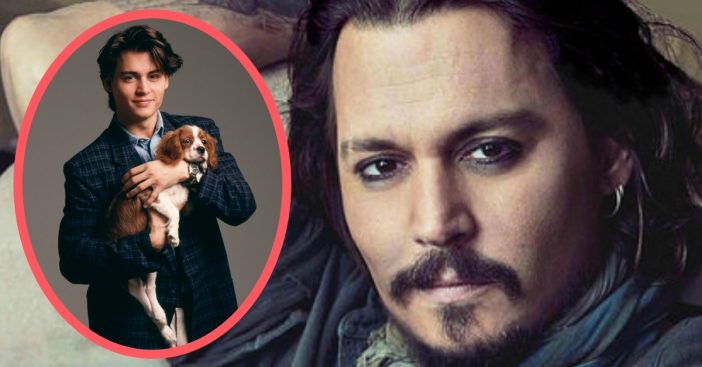 Johnny Depp is one of the most famous actors in Hollywood. He can transform himself into so many different characters. Aside from that, he has also been named one of the sexiest men alive several times. Not only is he a seasoned actor, but he is also a musician as well.

Depp has not always been so famous. Like many actors, he had a bumpy ride to the silver screen. When he was a kid, he dreamed of becoming a famous musician, not an actor. He got his first guitar at age 12 and by age 15, he dropped out of high school to pursue his rock star dreams. He tried to go back to school just two weeks after dropping out, but his dean saw his passion and talent and encouraged him to pursue music. He did reach some fame as a guitar player for the band the Kids. They first found some success in Florida but decided to move to L.A. to try to find a record label. Depp and his bandmates took odd jobs to pay the bills. They never got that record label, but they did open up for some more famous bands like Iggy Pop and the Ramones.

Find Out Who Helped Depp In The Beginning Johnny Depp has revealed in past interviews that Nicolas Cage was the one who helped him form his acting career. Depp was living in L.A., trying to pay his bills when he ran into Cage at a video store. Cage offered to give Depp his agent’s number and the rest is history. Depp landed an audition and later a role in the movie A Nightmare on Elm Street. His brief role in the movie was so memorable, that he started getting more roles because of it. You may remember seeing Depp in small roles on television shows, movies, and short films during the 1980s. He played a small role in Platoon, and the movie ended up winning four Oscars.

Depp Still Wanted To Be A Rock Star Even as he started becoming more famous as an actor, Depp still wanted to pursue music. He played guitar in the glam metal band Rock City Angels briefly. He has joined other musical groups over the years including the Hollywood Vampires with Alice Cooper and Joe Perry. After many minor roles, his first major role was on the popular television show 21 Jump Street. He played young cop Tom Hanson, who had to go back to high school to stop teenage crimes. Depp became more popular with the teenage crowd, but he wasn’t liking it. He didn’t want to become an overnight hit only to go back into obscurity. He wanted long-lasting fame and he wanted to be more selective with his roles.

His first major movie role was in Edward Scissorhands. Do you remember this classic 1990 film? From then on, Depp and director Tim Burton started a great relationship. Depp has starred in many of Burton’s films including Sleepy Hollow, Charlie and the Chocolate Factory, Sweeney Todd: The Demon Barber of Fleet Street, and more. Many say the film that really catapulted Depp to stardom was Disney’s Pirates of the Caribbean movies. In the series, Depp plays Captain Jack Sparrow. The movies were a huge success and many people love Jack Sparrow. Depp has won many awards for that role and even had an Oscar nomination. Depp is still acting today and is one of the most recognizable faces in Hollywood. What is your favorite Johnny Depp movie? Do you remember when you first saw him on screen? Please SHARE this article with all of your friends and family who are Johnny Depp fans!