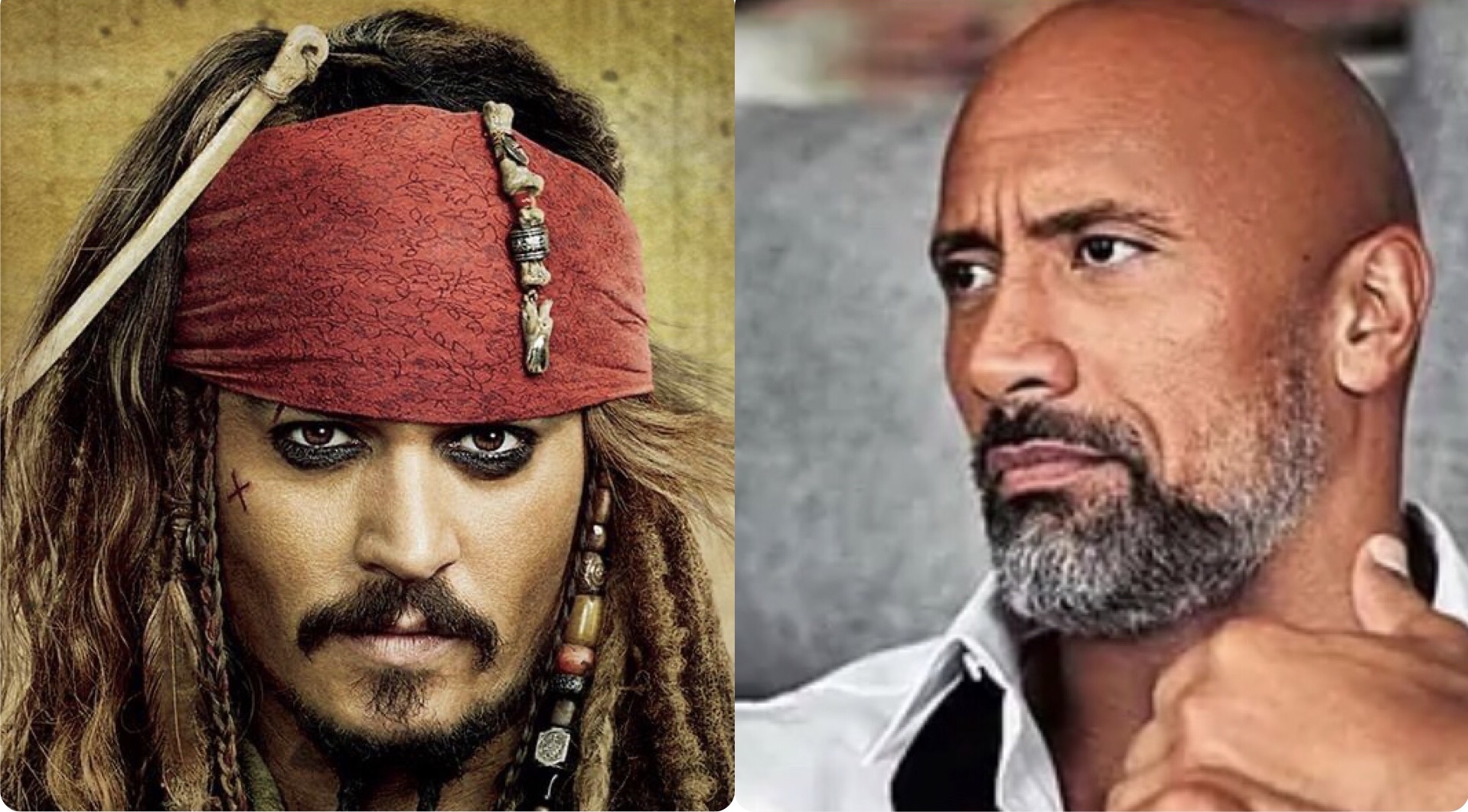 Is ‘The Rock’ replacing Johnny Depp as Jack Sparrow in the new Pirates of the Caribbean project?

After what is going on with Johnny Depp, Disney will not count on Depp for the Pirates of the Caribbean project.

The celebrated actor will no longer be part of the iconic film saga following Amber Heard’s indirect accusations in the Washington Post.

Meanwhile, the company is already looking for possible replacements for this situation.

Rumor says that Margot Robbie could take on this role in the new Pirates of the Caribbean project. However, there are still doubts about Robbie’s incursion.

Producer Jerry Bruckheimer confirmed that they are working on two spin-offs. Specialized sources affirm that there could be a third with an unexpected protagonist.

According to Giant Freakin Robot, The Rock could be the main actor in the third spin-off.

Dwayne Johnson has a cordial relationship with Disney. The positive link was enough reason to advance Johnson as the new protagonist.

A good relationship with Disney

The Rock co-starred with Emily Blunt in Jungle Cruise, a film released in 2021.

Disney would like to include a makeover with one of Hollywood’s most established stars.

Interestingly, Dwayne Johnson could relieve another actor in the spotlight in his recent career.

The performer would also replace Will Smith in the new Aladdin movie.

Obtaining Jack Sparrow’s role would be another success for the Californian actor.

The Rock already knows to participate in films with great box-office returns such as Jumanji or The Fast & Furious saga.