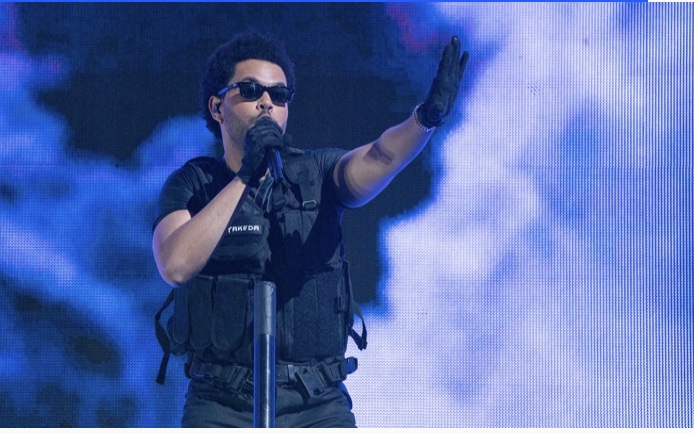 The Weeknd performs at the Coachella Music & Arts Festival at the Empire Polo Club on Sunday, April 24, 2022, in Indio, Calif. (Photo by Amy

Fans of The Weeknd expressed shock and disappointment Friday as they arrived at the Rogers Centre to learn the highly anticipated start of the Toronto singer’s world tour had been sidelined thanks to the Rogers network outage.

It was a last-minute announcement that spread across social media with little more than an hour before showtime. That left many fans arriving at the gates to find out they weren’t getting in.

“I’m disappointed,” said Sabrina Halabi, who flew in from Calgary, and booked a hotel for the show, only to hear it wasn’t happening as she showed her ticket at the door.

“The Weeknd is more inventive so I thought he would be able to (perform) but I bet he’s more pissed than the rest of us.”

Throughout the day, questions lingered about whether The Weeknd could deliver the highly technical show he has promised if the infrastructure in the venue wasn’t working properly.

Across the country, the Rogers outage left businesses and customers without internet, causing some ATM machines to stop working and retailers to accept only cash. The company was unable to provide a clear timeline for when the problems would be resolved.

“I’m crushed and heartbroken,” The Weeknd, born Abel Tesfaye, said in a statement.

“Been at the venue all day but it’s out of my hands because of the Rogers outage. Operations and safety are compromised and I tried my absolute best.”

He continued: “I know how long you’ve been waiting and how hard a lot of you worked to make it to the show and experience this special moment with me. I can’t wait to see you all.”

Rogers Centre added in a statement that information on a new show date will be shared as soon as possible. It added that all tickets will be honoured for the new date.

The Weeknd’s After Hours Til Dawn stadium tour was scheduled to kick off Friday night in his hometown, at the Rogers Centre.

The Toronto date was one of only two set for Canada.

The tour was delayed twice because of the COVID-19 pandemic, so dates in Edmonton, Winnipeg and Montreal were pulled from the calendar.

The Weeknd’s 19-date North American leg moves into the United States next week before he returns to Canada to play Vancouver’s BC Place on Aug. 25.

The announcement came as Canadian concertgoers were being asked to save or print off their tickets as a widespread network outage at Rogers Communications Inc. stymied mobile internet access for many.

Scotiabank Arena in Toronto suggested those attending tonight’s Roger Waters show save their mobile tickets to their Apple Wallet or Google Pay, depending on the model of phone they have.

A few blocks away, Massey Hall encouraged people to print off their tickets to comedian Hannah Gadsby’s Friday night show and the same was true of Budweiser Stage, also in Toronto, where country music star Keith Urban is set to perform.

The venue, which is cashless, also urged people to bring a credit card to pay for food and drink, as the outage affected debit transactions administered by Interac.

Rogers posted a notice on its website Friday saying the outage was affecting both its wireless and home service customers and its phone and chat support.

The company offered no explanation for the outage, its expected length and how many customers were impacted but promised technical teams were “working hard to restore services as quickly as possible.”

Related Topics:EntertainmentThe Weeknd
Up Next