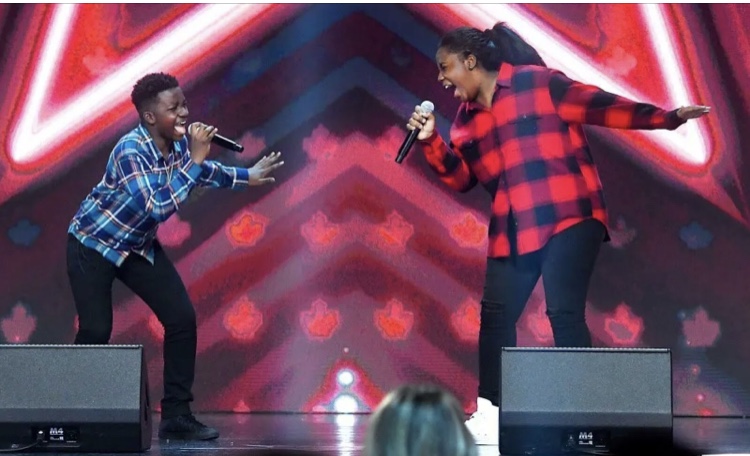 Ugandan teenage singers Esther and Ezekiel Mutesasira were a big highlight at the ongoing Canada’s Got Talent in Toronto.

The 17 and 13 year olds put up a stunning performance of the 2008 hit ‘No Air’ by Jordin Sparks and Chris Brown, leaving the audience in awe.

By the end of the 2-minute performance, the entire crowd at the Fallsview Casino’s Avalon theater were up on the feet

Gasps could be heard from judges Howie Mandel, Lilly Singh, Kardinal Offisall, and Trish Stratus as the youngsters hit the higher notes.

At the end of the performance, judge Howie asked to take a picture with them before they left the stage.

The siblings Esther and Ezekiel were the winners of the inaugural East African Got Talent in 2019.

They recently re-joined their mother Julie Mutesasira in Canada, whom they were separated from at a young age when she fled Uganda.

At the show in Toronto, the teenagers described their mother as their ‘music teacher.’

Related Topics:EntertainmentEsther and Ezekiel
Up Next

Saturday Night Live: Benedict Cumberbach Jokes About Being Beat By Will Smith