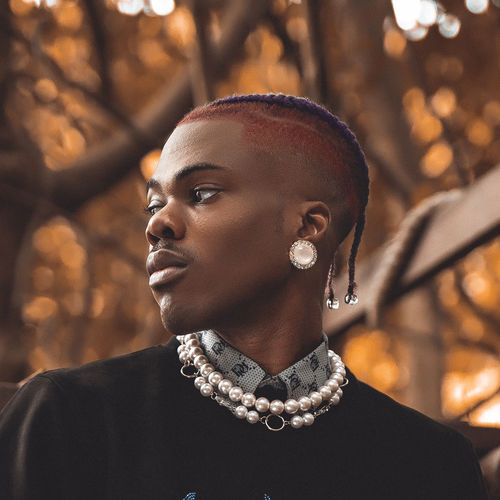 The Nigerian singer has opened up about his career for the first time in an interview with spout podcast, a weekly episodic video and audio podcast featuring the most famous recording artists in the world.

The ‘Love Nwantiti’ hit maker during the interview made a brief review of his career and also discussed the success of his viral song.

Ckay 26, described his appearance and performance at the 02 Arena in London a surreal, when the host Erik Zachary asked about his recent performance at Wizkid’s Made In Lagos 02 Arena Concert.

“Like that was so… It was like, it was my first time performing at the O2, you know, and yeah, it was crazy to see the love, man,” he said, adding: “A big shout out to Wizkid for having me on there. Big shout-outs.”

Furthermore, CKay recommend Omah Lay, Oxlade and Amaree when he was asked about artist he will recommend to people diving into afrobeats and sub genres of it aside himself, Burna Boy and Wizkid.

He then shared the story behind his monster hit song “Love Nwantiti,” which had already been a commercial success in Nigeria in 2019 before blowing up on TikTok this year.

“Yeah, I was literally freestyling,” he explained. “So I make my beats most of the time. I was literally in my living room, I didn’t even make ‘Love Nwantiti,’ in a studio like I would usually do.”

He continued, “The funny thing is, so I made this around midnight, and I was supposed to put words to the chorus the following morning. So, you know, after I slept, I woke up and I listened to the song again, I’m like, yo, this is fire as it is but I was just like, you know, let me just try to put some words in it. So I tried to put some words in it, and it just wasn’t [as good.] So I left it like that and, you know, we put it on.”

Ckay also indicated that the version of the song that ultimately got released was the first take he did in his living room.

“Wow, that is… You didn’t recut it or anything. So this is like what you recorded in your living room,” Erik said.

Listen to the full interview here

Ken Kragen, A Co-organizer For The All Star Charity Single ‘We Are the World,’ Dies