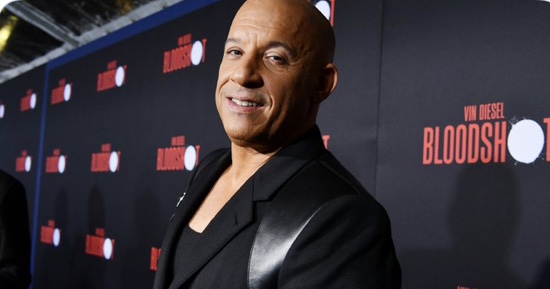 After 10 months in Russian custody on drug charges, WNBA star Brittney Grineris coming home thanks to a prisoner swap negotiated by the U.S. State Department. This resolution to Griner’s harrowing detainment abroad comes as a welcome relief to Americans who had followed the story — though the careful diplomacy it took to free her isn’t quite the stuff of action blockbusters. That’s where Vin Diesel comes in.

Just over a week ago, the Fast & Furious star issued a demand on Instagram: “I need Brittney Griner home before Christmas.” On inspection, the photo shows Diesel giving a thumbs-up at a Lakers game rather than a WNBA game — but no matter. Also, the post has since been removed, possibly because Diesel didn’t have the rights to the picture (celebrities risk lawsuits when they post paparazzi shots of themselves). But, again, it’s immaterial, as the jokes about Diesel traveling to Russia and fetching Griner himself had already begun.

my dawg said if he dont see brittney griner by the 25th, russia gon see dom toretto on the 26th

Days later, Diesel got exactly what he was after, and fans couldn’t help attributing the good news to the head of the Family himself. Was it simply the power of his word that forced Russia’s hand? Or the implied threat that he’d show up in a turbo-powered muscle car to wreak havoc across the country on a daring quest to save Griner?

Diesel has yet to officially claim any credit, and it’s unlikely Griner knows anything of this amusing coincidence. Maybe when she’s happily back on U.S. soil and reunited with her family, she’ll be able to enjoy the memes about being rescued by a buff bald man with a gravelly voice who can drive in a way that defies all known laws of physics. Hey, she and Diesel could even toast her return with some ice-cold Coronas.

True, we’ll never get to see Diesel powerslide into the Russian penal colony where Griner was held — unless he makes a movie about her ordeal that entirely dispenses with the real events — but on this celebratory day, it’s nice to imagine some implausible American heroism. With lots of cool explosions.

Crying at Vin Diesel landing in Russia to get Brittney out the gulag pic.twitter.com/iG4cvbIUFs

So thanks, Vin. You may not have personally had much to do with the delicate statecraft of retrieving an innocent woman locked up by an authoritarian regime, but the Instagram post sure didn’t hurt. Time to get behind the wheel and race off into the sunset.

Related Topics:EntertainmentVin Diesel
Up Next

Boosie Badazz Calls R. Kelly ‘Best To Ever Do It’ As He Takes In Leaked Album