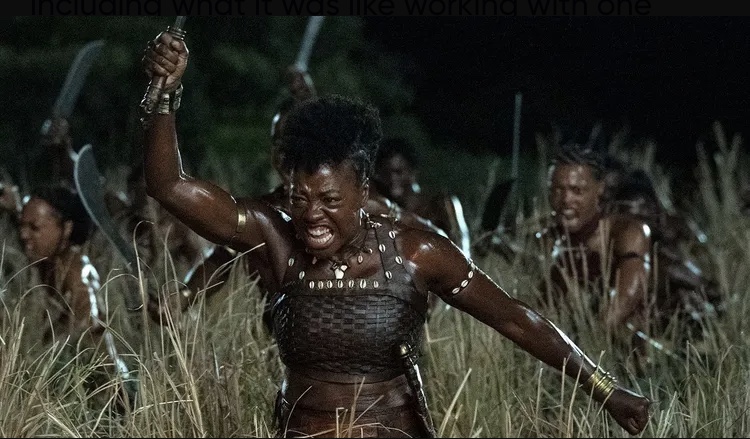 Viola Davis and Gina Prince-Bythewood discuss the movie they made together — including what it was like working with one another.

The Woman King, per the Deadline  description, tells the story of Nanisca (Viola Davis), the general of the all-female military unit, and Nawi (Thuso Mbedu), an ambitious recruit. Together, they fight enemies who violated their honor, enslaved their people, and threatened to destroy everything they’ve lived for. The film is directed by Gina Prince-Bythewood and is due to arrive in theaters on September 16th.

“It was a different state of mind to tap into that spirit—that bravery. Certainly, that’s not a mindset that I carry on a day-to-day basis. I’m someone who carries pepper spray and a little alarm on my keychain,” said Davis in an interview with Vanity Fairalongside Prince-Bythewood.

The film is based on the true story of the Agojie (also known as Amazons), the real army of women warriors who defended the mighty West African kingdom of Dahomey, located in modern-day Benin, during the 17th, 18th, and 19th centuries. They are also the inspiration behind the Dora Milaje in Black Panther.

“I grew up an athlete. The women around me were athletes. There was a normalcy to how I thought about myself. You fight. Aggression is good. Leave it all out on the floor. And as I got older, it surprised me how few women had the advantage of growing up like that. That innate warrior that I believe we all have is dormant in so many women because it wasn’t encouraged or valued,” said Prince-Bythewood.

In the words of Vanity Fair, the film is being hailed as “a Black female Braveheart.” The battle scenes in the film are both graphic and culturally specific. According to Prince-Bythewood, her approach to the film was that these women were fascinating on their own, no embellishment required, so she wanted it to be real, visceral, and raw. But there’s a vulnerability to the characters there as well.

“We didn’t want to show them as just one thing—badass women who killed. They also laughed and loved and cried. We wanted to show their full humanity, not just the cool part that would look good in a trailer,” said Prince-Bythewood.

More on What it Was Like Making The Woman King

“I just kept picturing the first time I would be on set, and say “action,” and look around and be surrounded by us. I held that thought with me until it happened,” said Prince-Bythewood.

According to Prince-Bythewood, only a very few people are truly great at what they do. One of the few is Davis, who created an environment where you bring your A-game. Davis made her character better. She made scenes better. Davis herself had very good things to say about Prince-Bythewood as well.

“Integrity. Integrity is in short supply in this business. Her skill set. Her vision. Her passion. I didn’t feel like I had to work so hard to explain myself as a Black woman—my inner narrative,” said Davis.

Both director and star were asked what they feared most when taking on this project. For Davis, it was what this movie would mean to black people since this is something that’s never been done before. And what it would mean for Black women sitting in the movie theatre, according to her, the responsibility is really high.

I’ve never had a role like this before. It’s transformative. And to be a producer on it, and to know that I had a hand in bringing it to fruition…. There’s always a vision you have for your career, but there are very few roles as an actress of color. Dark skin with a wide nose and big lips. I’m just gonna continue to say it. Those stories are extraordinarily limited,” said Davis.

Kevin Hart: Will Smith is ‘in a better space’ after Oscars slap