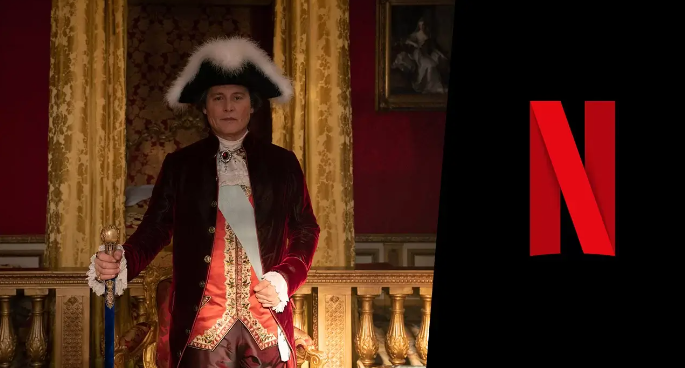 Netflix will distribute the upcoming French film Jeanne du Barry, directed by Maiwenn and starring Johnny Depp, about the titular woman and her king and lover, Louis XV. Maiwenn directs the film, which was first announced in January 2022. Teddy Lussi-Modeste and Maiwenn collaborated on the script. After Cannes 2011 Jury Prize winner Polisse, Jeanne du Barry is Mawenn’s sixth feature and most ambitious production to date. ‘La Favorite’ is another name for the film.

The movie’s release on Netflix was initially revealed by Bloomberg in July 2022. The outlet claims that the producers will utilise the money they receive from buying the film’s rights to aid in financing the endeavour. Otherwise, Netflix won’t be engaged in the film’s production. The principal producing credits belong to Why Not by Pascal Caucheteux and Grégoire Sorlat, with IN.2 (the new business founded by Depp in 2021) and France Télévisions also on board as producers. Here is everything else we know about Jeanne du Barry from Netflix.

What is Jeanne du Barry’s storyline?

The movie’s plot summary is as follows:

Jeanne, a young woman from the working class who yearns for culture and pleasure, uses her charm and brains to ascend the social ladder step by step. Unaware of her status as a courtesan, she wins the king’s favour and helps him rediscover his zest for life. They experience intense affection. Jeanne relocates to Versailles defying all manners and propriety, and the court is scandalised by her presence there.

Famous French actress and film director Mawenn, who plays the title role in Netflix’s Jeanne du Barry, and noted Hollywood character actor Johnny Depp, who will play King Louis XV, make up the leading cast. Let’s swiftly address the issue that everyone is avoiding. His recent struggles, which he overcome early this year, will be his first significant role. We’re referring to Depp’s victory in the Amber Heard lawsuit earlier this year.

Along with Maiwenn and Depp, the film will also star Louis Garrel, Melvil Poupaud, Benjamin Lavernhe, Pascal Greggory, and Noemie Lvovsky in unspecified roles, as well as French film great Pierre Richard, who has worked on a number of legendary French films throughout his long career.

When will Jeanne du Barry be available on Netflix?

Jeanne du Barry, a Netflix original series, is currently in production in France. One of the filming locations is none other than the iconic Versailles in Paris, France, demonstrating that the production is not skimping on authentic and visually appealing locations. Filming began on July 26, 2022 and concluded in October 2022.
The release date for Jeanne du Barry has not been announced by Netflix, but given the July 2022 production start date, we can expect the film to arrive on the streaming service sometime in the second half of 2023. The above-mentioned Bloomberg report confirms a 2023 release date in France.

Johnny Depp Will Smith and lead celebrity comebacks after being canceled