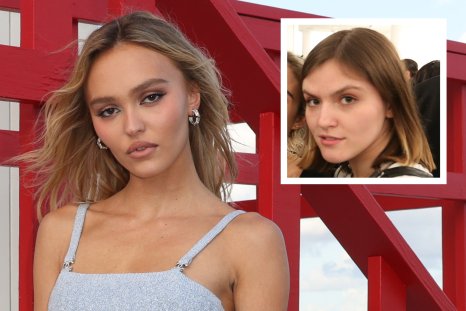 In a recent interview with Elle, Lily Rose denied the idea that her father’s position in Hollywood has brought her opportunities in the industry. She said:

“I just hear it a lot more about women, and I don’t think that it’s a coincidence. It’s weird to me to reduce somebody to the idea that they’re only there because it’s a generational thing. It just doesn’t make any sense.”

“It just doesn’t make any sense. If somebody’s mom or dad is a doctor, & then the kid becomes a doctor, you’re not going to be like, ‘You’re only a doctor because your parent is a doctor.’ It’s like, ‘No, I went to medical school & trained.’” 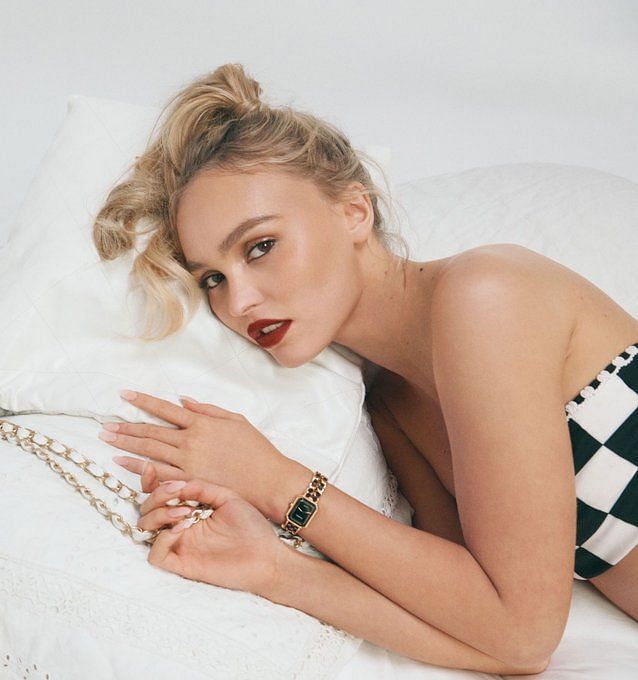 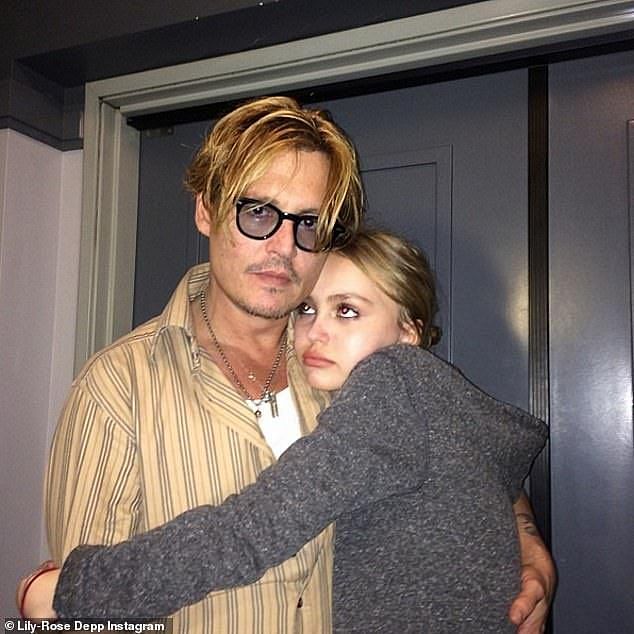 Depp further used the example of medical students and said that someone does not become a doctor if their parents are doctors, but only if they attend medical school and get professional training.

“If somebody’s mom or dad is a doctor, and then the kid becomes a doctor, you’re not going to be like, ‘Well, you’re only a doctor because your parent is a doctor.’ It’s like, ‘No, I went to medical school and trained.’”

The actress clarified that she did not compare her line of work to that of medical life and admitted that her childhood was different from that of others.

She also mentioned that despite the internet having preconceived notions, an actor can only bag a role if they are a fit for the same:

“The internet seems to care a lot about that kind of stuff. People are going to have preconceived ideas about you or how you got there, and I can definitely say that nothing is going to get you the part except for being right for the part.”

Tessa Gourin (apparently Jack Nicholsons secret daughter?!) called out Lily Rose Depp for rejecting the term nepotism when benefitting from it and what it’s like to be defined by men in your life 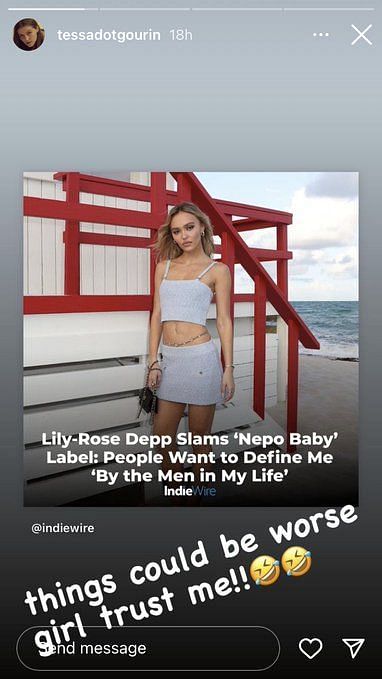 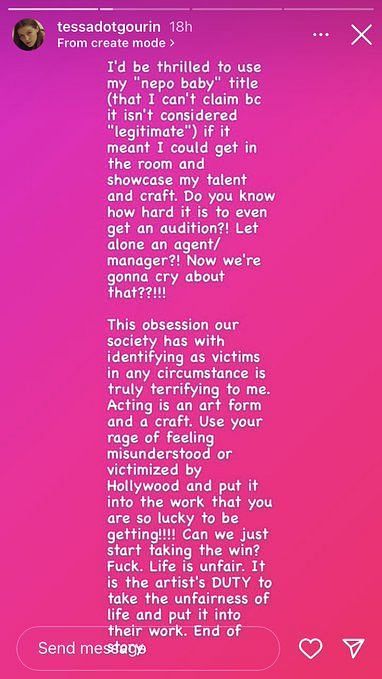 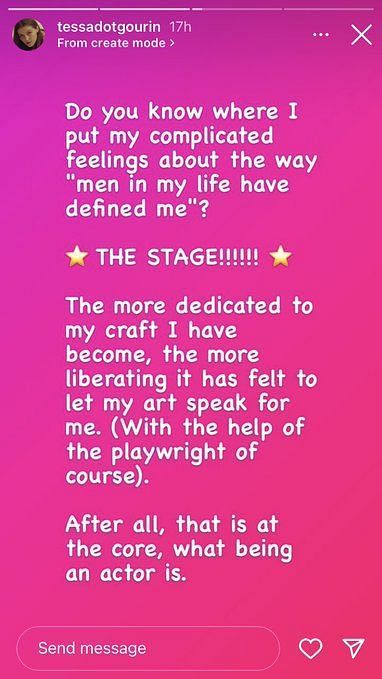 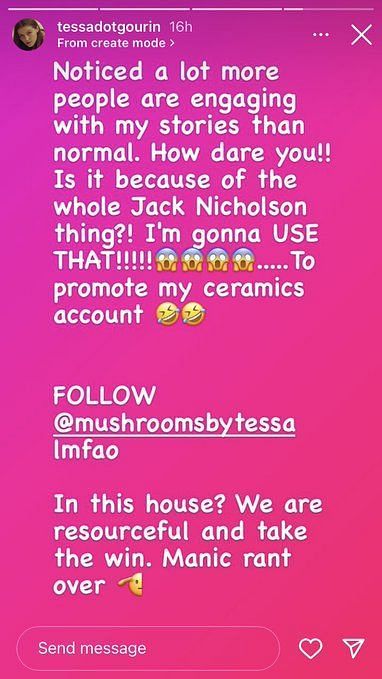 As Lily Rose Depp’s interview circulated online, Tessa Gourin called out the former on Instagram and said she would love to use her “nepo baby” title to receive opportunities to showcase her talent but cannot do the same as she is not considered Jack Nicholson’s “legitimate” daughter.

Tessa Gourin is alleged to be Nicholson and New York City real estate agent Jennine Gourin’s love child. However, The Shining star has never publicly acknowledged Tessa as his daughter.

Everything to know about Tessa Gourin

Tessa Gourin is an actress and ceramics artist based in New York. As per IMDb, she has acted in projects like Stranger’s Arms, Stage Play, and The Crusaders. She also operates her ceramics Instagram account named Mushrooms by Tessa.

Gourin was reportedly born in New York in August 1994 and is currently 28 years old. According to The National Enquirer, Gourin’s mother, real estate agent Jennine, claimed that she had an affair with veteran actor Jack Nicholson in the 1990s, and Tessa was their love child.

Back in May, Tessa Gourin shared an article on Instagram that addressed her as Nicholson’s illegitimate child and slammed the identification. At the time, she wrote:

“PSA: There is no such thing as an ‘illegitimate’ child, only an illegitimate parent.”

She further denounced the term in another story and said:

“It is ASTOUNDING to me that anyone would use the term ‘illegitimate’ to describe someone in this day and age. I just pinched myself and it turns out… I LEGITIMATELY exist.”

While Jack Nicholson has five other children, he has never publicly acknowledged Tessa Gourin’s or her mother’s alleged past relationship with him.

What did Tessa Gourin say about Lily Rose Depp’s comments on nepotism? 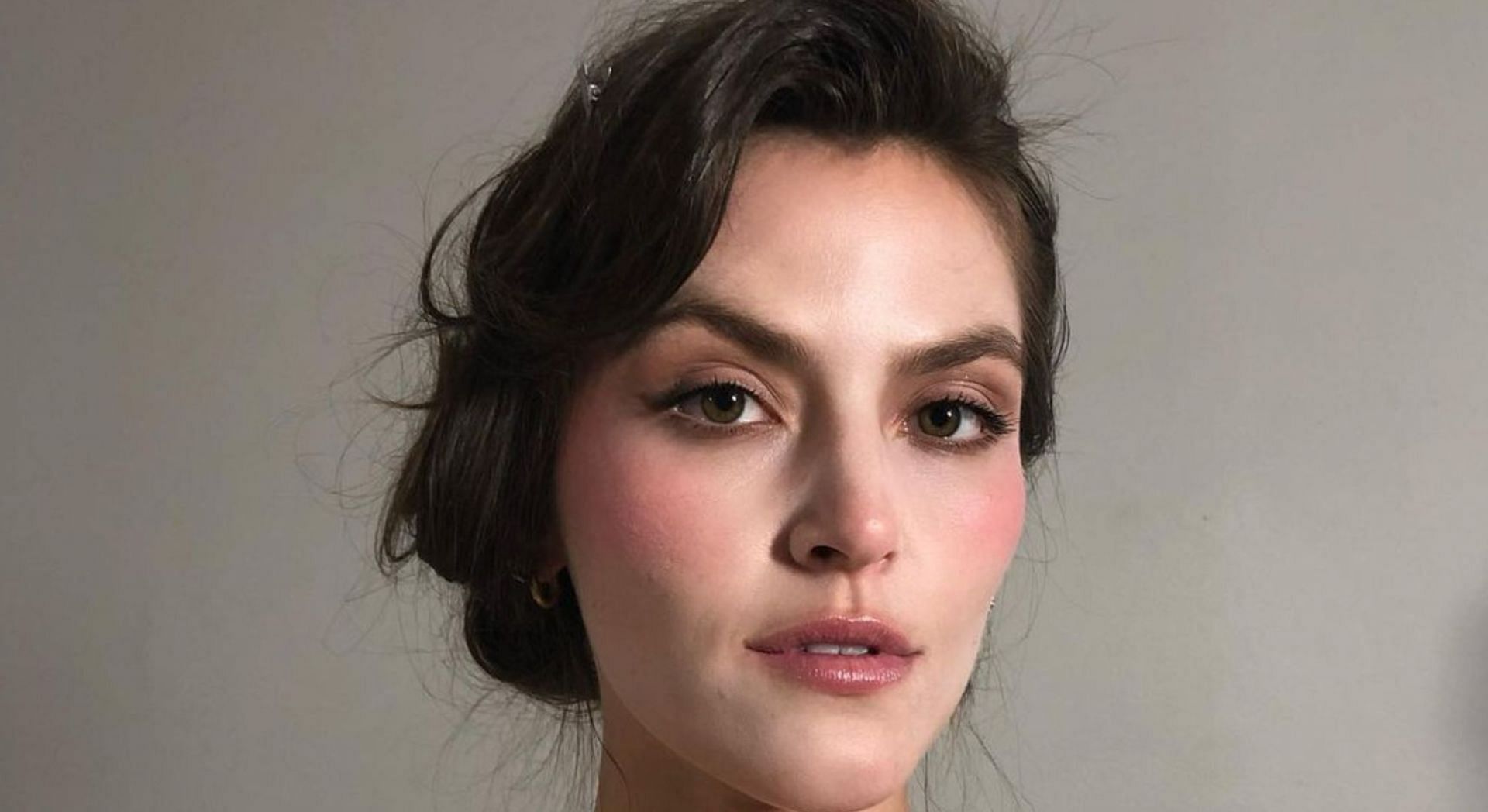 As Lily Rose Depp’s remarks on nepotism went viral on social media, Tessa Gourin shared an IndieWire article about the former’s interview titled Lily Rose Slams ‘Nepo Baby’ Label: People Want to Define Me By the Men in My Life and said:

In an Instagram story, Gourin mentioned that she would have loved to use the “nepotism baby” title to get an opportunity to showcase her talent if she were to be considered a “legitimate” child in the industry.

Speaking about the struggles in Hollywood, the aspiring actress said:

“Do you know how hard it is to even get an audition?! Let alone an agent/manager?! Now we’re gonna cry about that??!!!”

She also said that people who have the opportunity to work in Hollywood should use their feelings of being victimized by the industry in the work that they are getting.

“This obsession our society has with identifying as victims in any circumstance is truly terrifying to me. Acting is an art form and a craft. Use your rage of feeling misunderstood or victimized by Hollywood and put it into work that you are so lucky to be getting!!!!”

“Can we just start taking the win? F***. Life is unfair. It is the artist’s DUTY to take the unfairness of life and put it into their work. End of story.”

The ceramics artist also mentioned that she often uses her “complicated feelings” about the way “men” in her life have defined her in “the stage”:

“The more dedicated to my craft I have become, the more liberating it has felt to let my art speak for me. (With the help of the playwright of course). After all, that is at the core, what being an actor is.”

“I’d be thrilled to use my ‘nepo baby’ title (that I can’t claim bc it isn’t considered ‘legitimate’) if it meant I could get in the room and showcase my talent and craft.”

Tessa Gourin also noted that “a lot more people” were engaging with her Instagram stories than normal and questioned if it was because of “the whole Jack Nicholson thing.”

She also mentioned that she would use that engagement to promote her ceramics account and added a link to the corresponding profile in the IG story.