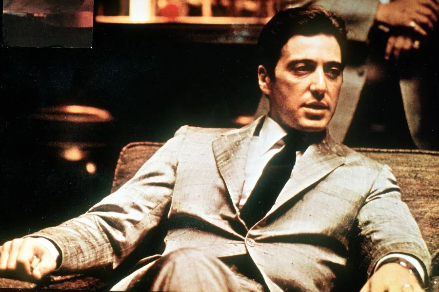 After Francis Ford Coppola’s The Godfather came out in 1972, it was no shock that it received a swathe of nominations for awards at the Oscars ceremony the following year. After all, even today, the film starring Al Pacino and Marlon Brando is considered one of the best cinematic works of all time and was raking in $1million a day off a $6million budget.

When the Academy Award nods came in, The Godfather had amassed an impressive 11 nominations. Amongst them were Best Picture for Albert S. Ruddy, Best Actor in a Leading Role for Marlon Brando and Best Adapted Screenplay for both Coppola and Mario Puzo. All of those nominations turned into wins, much to the delight of those taking home awards that night.

In addition to those nominations, James Caan, Robert Duvall and Al Pacino all received nods for Best Actor in a Supporting Role. While for both Caan and Duvall, that would have been flattering, Al Pacino was less than impressed. He felt that he had done enough in the film to be nominated for Best Actor in a Leading Role – which Brando ended up winning.

Pacino was insulted by the ‘Supporting Actor’ tag he had received. After all, Pacino’s total screen time in The Godfather as Michael Corleone was larger than Brando’s – who played his on-screen father. As such, Pacino was infuriated and opted not even to attend the Academy Awards ceremony of 1973.

Recently, Pacino has opened up on the reason that he missed the ceremony. “I was somewhat uncomfortable with being in that situation, being in that world,” he said. “I was also working onstage in Boston at that time [with Richard III]. But that was an excuse. I just was afraid to go.”

“I was young, younger than even my years,” he added. “I was young in terms of the newness of all this. It was the old shot-out-of-a-cannon syndrome. And it’s connected to drugs and those kinds of things, which I was engaged in back there, and I think that had a lot to do with it. I was just unaware of things back then.”

Interestingly enough, Pacino’s absence from the ceremony was largely overshadowed by Brando anyway. When the presenters of the award announced Brando’s win for Best Actor in a Leading Role, rather than come on stage to collect the prize, he instead sent up Sacheen Littlefeather to give a speech on the lack of representation of Native Americans in the cinema. So even on the night he chose not to show up, Pacino could do nothing about Brando overshadowing him once again.