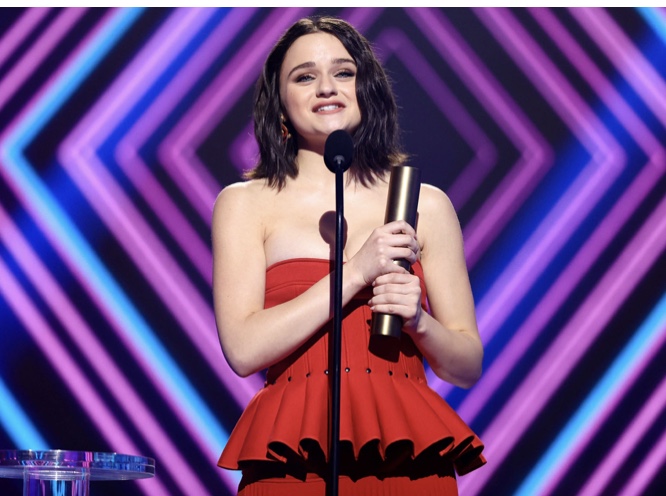 The actress couldn’t have been more excited to find out she’d be starring with Brad Pitt in the action flick Bullet Train—which premieres August 5—on her 21st birthday. But the now 22-year-old exclusively told E! News’ Daily Pop that the news came at a not-so-convenient time.

“I was so drunk when they called me to offer me the role,” she revealed on June 29. “I was already just freaking slammed, I was hammered, and they wanted to talk numbers. And I was like, ‘I can’t do this right now. I am drunk as hell.'”

The Kissing Booth star certainly knows how to have a good time, and she had just as much fun while filming her new Hulu movie, The Princess, which drops July 1. But unlike her “badass” titular character, King was hesitant about tackling the film’s many action scenes.

But practice makes perfect, as King added, “As I started training and became more confident and worked with these amazing people who helped train me, all of a sudden, I was like, ‘No, I actually am pretty good. I’m gaining speed, I’m gaining momentum, and I can do this.'”

Showing off her hard work on Instagram, she shared a video of herself deadlifting 140 pounds, setting a new personal record. As for whether her fiancé, Steven Piet, can lift more than her, King is up for the challenge.

“I actually don’t know how much he can deadlift,” she told Daily Pop. “I know that he probably could deadlift more, but I haven’t seen him do it, so let’s go.”

Piet popped the question to King—who previously dated her Kissing Booth co-star, Jacob Elordi—in March after two years of dating. Wedding plans seem to be on the back burner, as King told Daily Pop that they are busy “enjoying the phase of being engaged.”

“You’re only engaged once,” she said. “You’re gonna be married forever, so I’m really excited to be living in this moment with him.”

The Princess premieres on Hulu July 1, and check out Bullet Train when it hits theaters August 5.

Check out the full interview below
Related Topics:Brad PittEntertainmentJoey King
Up Next