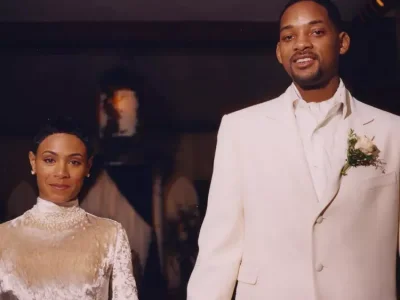 Jada Pinkett Smith and Will Smith have an unconventional love story that spans decades and is still unfolding. The two are celebrating—or not—their 25th wedding anniversary. That’s a quarter of a century! We say ‘or not’ as Jada and Will disclosed that they don’t celebrate wedding anniversaries in their household.

The actors got married on December the 31st, 1997, in Baltimore. On a 2019 episode of Red Table Talk, the Emmy-winning host explained that their relationship has evolved beyond wedding anniversaries, “It’s more of a life partnership, so it’s not steeped in marital,” she said. “We don’t celebrate that day anymore in that sense because the context of our union is different. Usually, Will, on New Year’s, likes to be on an adventure in the world somewhere. There’s no telling where he’s gonna be. And I like to be inside. I don’t wanna be out in the world. He now has the freedom to go and have an awesome adventure.”

During a 2019 episode of TIDAL’s Rap Radar podcast, the Grammy award-winning actor also stated their marriage is more of a partnership than anything.

“We don’t even say we’ve married anymore. We refer to ourselves as life partners,” he said. “You get into that space where you realize you are with somebody for the rest of your life. There are no deal breakers. There’s nothing she could do — ever. Nothing that would break our relationship. She has my support till death, you know what I mean, and it feels so good to get to that space where you’re not complaining, worrying, and demanding that a person be a certain thing.”

Will and Jada first met on set when Jada auditioned to be Will’s girlfriend on The Fresh Prince of Bel-Air in the 90s. While Nia Long eventually got the role, the two were destined to meet again. He saw Jada on the set of A Different World and knew she was the one, despite being married to ex-wife Sheree Zampino.

During a 2018 episode of Red Table Talk, Will, 54, said, “I knew there was something in our energy that would be magic.”

He had this light bulb moment while at the show event with Zampino but couldn’t act on it. However, he did have a moment in the bathroom.

“I was sitting in a stall, crying and laughing uncontrollably, and I knew [Jada] was the woman I was supposed to be with, but I was never getting divorced…I went back out, sat down with Sheree, and started going back on with my life.”

Johnny Depp Once Offered His Nurse To Come See If His “P*nis & Tongue Touch” In An Allegedly Leaked Text That Asked Her To Get Drugs!