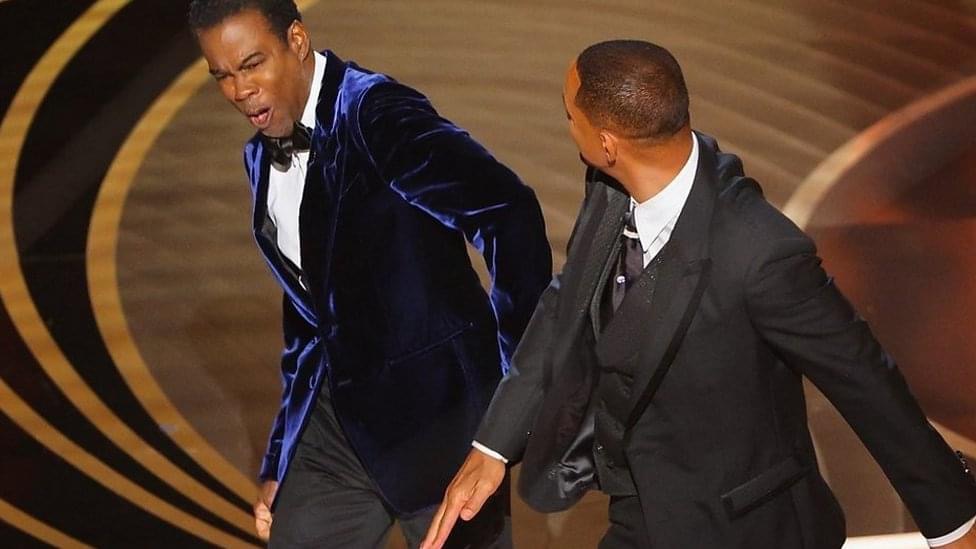 Will Smith made his return to late-night television on Monday when he appeared on The Daily Show With Trevor Noah for the first time since he slapped Chris Rock on the Dolby Theatre stage at this year’s Oscars.

When Noah asked the Academy Award winner about his journey in the months since the slap incident, Smith began by saying that it was “a horrific night.”

“[There are] many nuances and complexities to it, you know, but at the end of the day, I just, I lost it, you know,” Smith told Noah. “I guess what I would say, you just never know what somebody’s going through.”

He continued by explaining that he was going through something that night, not that that “justifies my behavior at all.”

“You’re asking, what did I learn? And it’s that we just got to be nice to each other man,” Smith said. “You know, it’s like, it’s hard. And I guess the thing that was most painful for me is, I took my hard and made it hard for other people. You know, it’s like, I understood the idea when they say hurt people hurt people.”

Noah said he had a friend call him, saying he felt they saw the real Smith onstage that night, but Noah disagreed, saying he thought the actor just stood up for the wrong thing at the wrong time. The Daily Show host continued that things were becoming “relentlessly shitty” and Smith reacted for the first time.

“It was a lot of things,” the actor said. “It was the little boy that watched his father beat up his mother, you know, is that you know, all of that just bubbled up in that moment. You know, I just that’s not who I wanna be.”

When Noah told Smith he thinks he made a mistake and doesn’t think that’s who the actor is, The Daily Show audience cheered, and Smith began tearing up. Later in the conversation, he explained that he had a lot of rage that had been bottled up for a long time.

“I had to forgive myself for being human,” Smith said. “Trust me, there’s nobody that hates the fact that I’m human more than me. And just finding that space for myself within myself to be human. It’s like, I want, I’ve always wanted to be Superman. I’ve always wanted to swoop in and save the damsel in distress, you know. And I had to humble down, you know, and realize that I’m a flawed human, and I still have an opportunity to go out in the world and contribute in a way that fills my heart, and hopefully helps other people.”

In an interview with Washington D.C.’s Fox affiliate ahead of his Daily Show appearance, Smith said he “completely” respects if audiences aren’t ready to see him in his upcoming film Emancipation, but that his “deepest hope” is that his actions during the 2022 Academy Awards “don’t penalize my team.”

“I completely understand that, if someone is not ready. I would absolutely respect that and allow them their space to not be ready,” Smith told Fox 5.

While he acknowledged people’s mixed feelings about watching him again, Smith added that his “deepest concern is my team” and being able to celebrate the film’s creative accomplishments outside of his actions in March. Smith specifically pointed to the work of director Antoine Fuqua, cinematographer Robert Richardson, production designer Naomi Shohan, costume designer Francine Jamison-Tanchuck and co-star Charmaine Bingwa as worthy of praise, with the actor calling the Apple Originals Film Fuqua’s “greatest work of his entire career.”

“The people on this team have done some of the best work of their entire careers, and my deepest hope is that my actions don’t penalize my team,” he said. “So at this point, that’s what I’m working for. That’s what I’m hoping for. I’m hoping that the material, the power of the film, the timeliness of the story — I’m hoping that the good that can be done — will open people’s hearts at a minimum to see and recognize and support the incredible artists in and around this film.”

During a special screening of the film in early October hosted by Apple and the NAACP, Smith shared that his decision to do the film based on the true story of “Whipped Peter” was based on its depiction of a different side of Black identity and history during the dark period of mass American enslavement.

Fuqua shared a similar sentiment to Smith’s most recent comments about the power of the film in a November interview, and reiterated what he had previously told The Hollywood Reporter, which was that he “would like audiences to see the truth and be inspired by it.” The director then explained his own reasoning about continuing to release the film despite the fallout.

“My conversation was always, ‘Isn’t 400 years of slavery, of brutality, more important than one bad moment?’ We were in Hollywood, and [there have] been some really ugly things that have taken place, and we’ve seen a lot of people get awards that have done some really nasty things,” he explained. “So, I think Apple considered all those things, and we discussed a lot of those things. Then, a decision was made by the people in charge of distribution and the money at Apple — and I’m grateful. I’m really grateful.”

He also said that those involved with the film never discussed “the movie not coming out” following Smith slapping Rock, but that Apple was “very careful” as it assessed the incident and the opinions about it. Fuqua ultimately said that what had happened between the two men was “an unfortunate event, and I hope we can move forward and get past it.”

A Johnny Depp Blockbuster Is Being Turned Into A TV Series