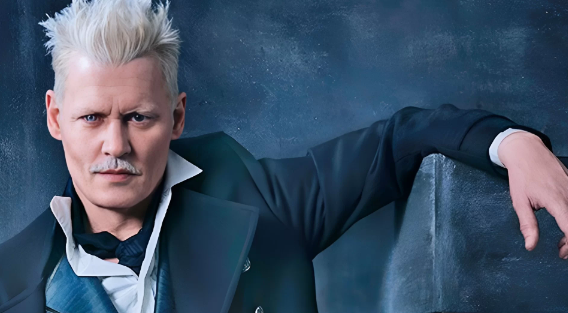 The Fantastic Beasts franchise has an ambitious goal of releasing a couple more movies, even though fans seem to be growing increasingly dissatisfied with the direction the story is going.

The third Fantastic Beasts installment has only garnered $400 million in global box office — a modest figure compared to $654 million grossed by Crimes of Grindelwald, the second movie. Besides, Secrets of Dumbledore released to mixed reviews from fans and critics. While some people clearly enjoyed a chance to get back to their favorite magical universe, others blasted the third movie for “bad acting, bad plot and bad CGI”.

Many people predicted that the Fantastic Beasts franchise will only “go down” after the tumultuous exit of Johnny Depp amid the accusations of domestic abuse. It’s not that people had any particular issues with Mads Mikkelsen, who ended up replacing Depp as evil wizard Gellert Grindelwald, but rather about the fandom being generally disappointed about Depp being out.

Mikkelsen himself said that he believes Johnny might be back as Grindelwald now that he has won the trial against his ex-wife Amber Heard. However, Depp’s return is still not promised.

Besides, people think that even the comeback won’t be able to magically fix things for the franchise.

According to one fan, the audience is now “more familiar” with the chemistry between Jude Law’s Dumbledore and Mad Mikkelsen’s Grindelwald, so it’s unlikely the studio will change that.

While many people mourn Depp’s departure from the franchise, the movies’ problem is not about the person who portrays Grindelwald, according to people.

With Secrets of Dumbledore, the problem was mainly about the story that was not very compelling, and with “bad” CGI that simply could not make people believe that even the fantastic beasts — supposedly a centerpiece of the story — were real.

Despite the general disappointment around the three Fantastic Beasts movies, there are two more to be announced. And it looks like they can use good script and convincing visuals instead of trying to bring back Johnny Depp.